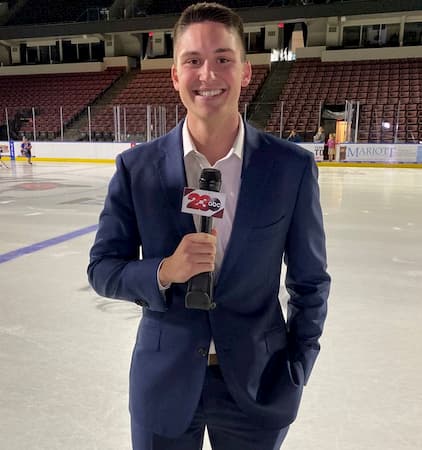 Lively graduated from the Walter Cronkite School of Journalism and Mass Communication in 2019. He received a degree in Sports Journalism with a focus in on-air reporting, anchoring, sports broadcasting, and writing.

In 2016, he served as an ASU softball beat reporter for KASC 1330 AM Blaze Radio in Tempe Arizona. In the same year, he was a social media and marketing coordinator for Chick-fil-A-Franchise in Stuart, Florida.

Between July 2016 and January 2017, Lively served as a staff writer for the Fansided site. He was also a freelance reporter for The Athletic in Phoenix, Arizona Area. In February 2017, he became the Final Four Social Hub Content Contributor for NCAA in Phoenix, Arizona area. In April the same year, he became a play-by-play announcer for Duluth Huskies in Duluth, Minnesota Area. Lively also created team videos and original content.

In late 2017, he was a breaking news intern for The Arizona Republic | azcentral.com | La Voz in Phoenix, Arizona Area. He served KASC 1330 AM Blaze Radio as an on-air personality and play-by-play in Downtown Phoenix Studios from August 2015 to May 2019. During his time with the network, he has called over a dozen games for ASU hockey, baseball, football, basketball. He has also covered ASU baseball and softball as a beat writer and digital reporter.

Lively also had a role in creating, producing and hosting two weekly radio shows. He served as a production team member for Pac-12 Networks in Phoenix, Arizona Area. He assisted the broadcast team with official and talent stats and also served as a red hat for over 20 PAC-12 games.

Lively joined Arizona PBS and Cronkite News in Phoenix, Arizona Area in 2018 where he served as a multimedia journalist and anchor. During his tenure, he produced news packages and stories on Arizona sports across all levels. He anchored on Arizona PBS and also made reporting content to Cronkite News social media and Arizona PBS. Lively placed third in the nation in Hearst Television competition for feature stories. He left the network in May 2019.

He also covered Suns, Coyotes, and Dbacks games on Fox Sports Arizona social channels. Matt was also a video content intern for Ability360 between January 2018 and June 2019. He would create content around the Ability360 Sports and Fitness Center. He also contributed to quarterly Ability360 magazine “LivAbility”

Matt has not shared any information regarding his age or his date of birth. It is also not known when he celebrates his birthday.

Though not much is known about Matt’s family. He has shared that he was born the youngest of three boys and he grew up in a small coastal beach town about 30 minutes north of West Palm Beach. He has added that his family loves sports, cooking, movies and also getting outside.

Lively keeps his personal life very private, he has not shared any information regarding his dating life or marriage life. He has also not been linked to anyone.

Through his journalism work, Lively has earned greatly. His salary ranges…

Lively has earned a big fortune to his name through his journalism career, However, his exact net worth has not yet been disclosed.