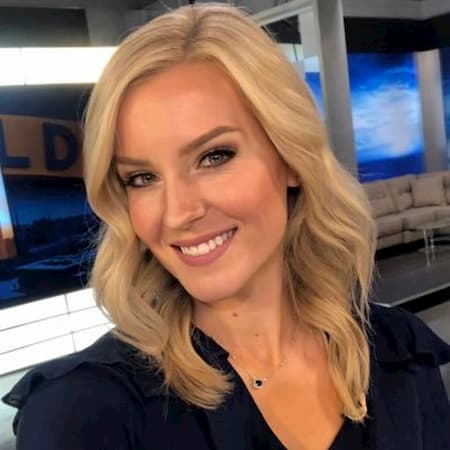 Danielle Kernkamp is an American Morning News Anchor at 23ABC, KERO-TV. 23ABC, is stationed in Bakersfield, California, USA and owned by the broadcasting division of the E.W. Scripps Compa.

Kernkamp attended the Walter Cronkite School at Arizona State University from where she graduated with a degree in Journalism and Mass Communication in 2017.

In 2014, she worked as an arts and entertainment reporter for The State Press covering various types of events. She also pitched and reported multiple stories and conducted professional interviews every week. Early 2015, she worked as a web producer and multi-media specialist experimenting with new digital tools to produce the Cronkite News website in Phoenix, Arizona. Kerkamp also created graphics, data visualizations and also audio/visual content for stories.

She was a student for the CAPA London Study Abroad Program from August 2015 to January 2016 in London, United Kingdom. During this time, she studied world affairs and cultures with British professors and international students. She also learnt about the differences and similarities between American and British broadcasting.

Kernkamp joined 12 News (KPNX-TV, NBC) in May 2016 as the Arizona Midday Intern. In May, the following year, she served as a digital marketer for The Strand Urban Italian in Phoenix Arizona. She was responsible for directing all digital marketing initiatives for the restaurant. She also implemented new strategies across all social media platforms.

Kernkamp also served as anchor and reporter for Cronkite News. She eventually went to Texas serving as the Morning News Anchor for KTEN Television in Denison, Texas in May 2017.

Kernkamp joined the 23ABC News team in June of 2018 as a morning news anchor.

Her fellow news team include,

Kernkamp was born and raised in Southern California. She has not shared any information regarding her date of birth or age. It is also not yet known when she celebrates her birthday.

Kerkamp has not yet shared any information regarding her family background. The identity of her parents and siblings is also not yet known.

Kerkamp keeps her personal life very private. She has not yet disclosed any information regarding her dating life. threfore, it is not yet known if Kerkamp is married, dating or single. She is also not linked to anyone.

Kernkamp’s annual salary ranges from $40,460 to $44,000. This is according to a survey done of the average salary of a news anchor in Bakersfield.

Through her journalism career, Kernkamp has earned great fortune to her name. However, her exact net worth is not yet revealed.