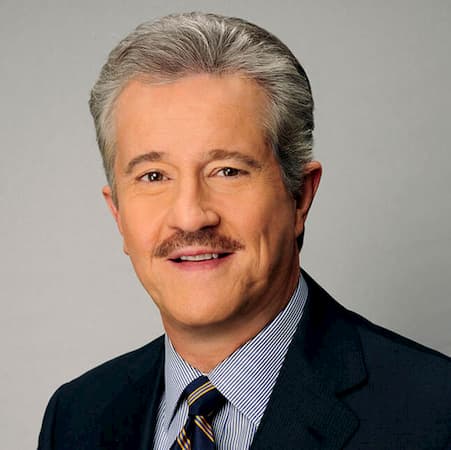 Dr. Max Gomez is an award-winning broadcast journalist who rejoined WCBS-TV as a medical reporter in June 2007. CBS 2 is the CBS owned-and-operated television station licensed to Los Angeles, California, United States. It serves as the network’s West Coast flagship outlet. He also served as the medical correspondent/senior health editor for the NBC flagship television station WNBC in New York City. He is also an expert moderator, speaker, and emcee, Dr. Gomez is renowned for his clear, concise presentations of complex medical information to a wide range of audiences. Gomez was the health and science editor for KYW-TV in Philadelphia and the health and science reporter/editor for WNEW-TV. He then joined WNBC-TV in 1997. Max has served on the national board of directors for the American Heart Association, the Princeton Alumni Weekly, and the Partnership for After School Education. He also mentors undergraduate journalism and medical students and physicians interested in medical journalism. He has been on the board of advisers for the Science Writers Fellowship at the Marine Biological Laboratory in Woods Hole, Mass. and the Hope and Heroes Children’s Cancer Fund at the Children’s Hospital of New York. Gomez is also a member of the honorary board of the Long Island Chapter of the Crohn’s and Colitis Foundation of America and he served as the grand marshal of the Multiple Sclerosis Walk for over a decade.

Despite him being a media personality, Dr. Gomez has not yet disclosed his age or his date of birth.

Gomez was born and raised in Havana, Cuba. However, he has not yet disclosed any further information regarding his family.

Gomez underwent surgery to relieve severe neck pain that was performed by the orthopedic hospital in New York City.

Dr. Gomez is the co-author of “The Healing Cell: How the Greatest Revolution in Medical History is Changing Your Life”, a primer on the numerous uses of adult stem cells in treating and curing diseases. The book includes an introductory message from Pope Benedict XVI. Max has also co-authored “The Prostate Health Program: A Guide to Preventing and Controlling Prostate Cancer.” The book explains how an innovative program consisting of diet, exercise, and lifestyle changes may prevent prostate cancer. In 2018, he was one of the leading journalists moderating an extensive series of panels at the Vatican as a part of the Fourth International Conference, “Unite to Cure: A Global Health Care Initiative.” The shared mission was to improve access to health care, increase investment in research and innovation, encourage multidisciplinary collaboration, and help foster human health globally. The main focus of the panels s the cutting-edge role of stem cells in the treatment of disease, which is the subject of Dr. Max’s third book, Cells Are the New Cure. The other panel moderators are Sanjay Gupta, MD, Meghan McCain, Mehmet Oz, MD, and Meredith Vieira.

He is a recipient of numerous journalism awards, receiving seven New York Emmy Awards, two Philadelphia Emmys, a UPI honor for Best Documentary for a report on AIDS, and an Excellence in Time of Crisis Award from New York City after September 11. Dr. Gomez also received national television journalism awards from the National Marfan Foundation and from the Leukemia Society of America. This was for his report on two twin girls from Long Island, both suffering from Leukemia who got bone marrow transplants from their seven-year-old sister. He was named the American Health Foundation’s Man of the Year and was a NASA Journalist-In-Space semi-finalist in 1986.

Dr. Gomez’s net worth is not yet revealed.