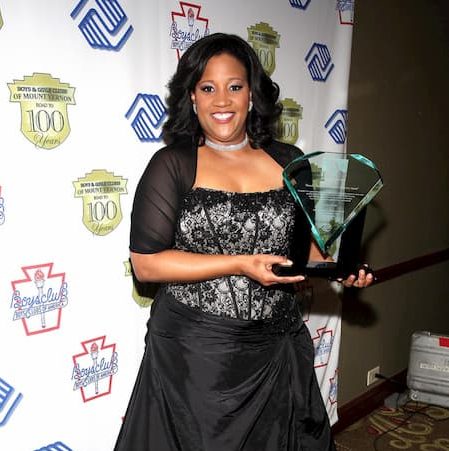 Finch began her television career behind the scenes at E! Entertainment Television. There, she served as a production coordinator for special projects and live events. She later served as an anchor and reporter at the CBS and FOX affiliates in Youngstown, Ohio, and the ABC affiliate in Austin, Minnesota. Finch later moved to become the weekend weather anchor at the CBS affiliate in Phoenix, Arizona.

She later moved to NBC serving as a meteorologist for the “Early Today Show,” MSNBC, and NBC Weather Plus.

Apart from her television career, Finch has also emceed events for the Alzheimer’s Association of Greater New Jersey, the Westchester Library System, the Mount Vernon High School Hall of Fame, and also JDRF Walk for a Cure. She also serves as a member of the National Association of Black Journalists and the American Meteorological Society.

Finch joined the CBS 2 weather team in April 2007. She has gained much recognition from the channel’s viewers due to her incredible work. Her fellow CBS 2 news team include:

Finch was brought up in Mount Vernon. She was born to James Finch Jr. and Charlette Finch. She has a sister Kiya. Finch’s niece graduated from LIU Brooklyn in 2015.

At Mississippi State University, Finch completed the Broadcast Meteorology Program. As a result, she now holds the seal of approval from the American Meteorological Society.

Elise is a married woman and she is also a mother to a daughter. She married her husband on August 23, 2013, in New York. However, the identity of her husband is not yet disclosed. Elise welcomed her daughter in the week of Thanksgiving in 2016.

She lives in Westchester County. She also enjoys taking part in community events.

Finch has earned greatly from his journalism career. However, his net worth is not yet disclosed to the public.