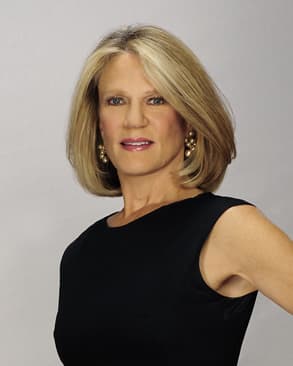 McLogan attended the University of Michigan earning an honors B.A. and an M.F.A. from Brandeis University. She is also a self-confessed sports fanatic, who was a letter winner on the very first woman’s NCAA varsity basketball team at Michigan and then on the swimming team at Brandeis.

She began her broadcasting career in Boston, first as a writer at WEEI-AM and then as a reporter for WHDH-AM. McLogan then transitioned to television by joining WBZ-TV in Boston as a reporter.

She has worked for CBS affiliate WBBM-TV in Chicago and for NBC Network News where she reported for The NBC Nightly News, The Today Show, and NBC Sportsworld.

McLogan is a recepient of national and local Emmys as well as awards from the Associated Press, American Women in Radio and Television, and the Long Island Coalition for Fair Broadcasting.

McLogan returned to WCBS-TV in 1993 to cover Long Island after first reporting for the station in 1982.

She has been recognized for her coverage of breaking news with her first-on-the-scene reports of the Long Island Railroad shooting, the crash of TWA flight 800, the Belle Harbor crash of American Airlines flight 587, the Philadelphia Police firebombing of the headquarters of the radical group MOVE, the death of Arthur Ashe, and also the guilty verdict in the Long Island DWI “limo murder” trial.

McLogan is married to Daniel Gurskis, Dean of the College of the Arts at Montclair State University, since 1982.

The couple has three children; Emily, Teddy, and Elle. Her daughter Elle McLogan is a digital reporter for CBSNewYork.com. She is also a volunteer with the nonprofit organization Reading Partners, she teaches reading to struggling students at under-resourced New York schools.

The award-winning digital reporter has been rising in her career but her salary is not yet revealed.

McLogan’s net worth is not yet revealed.