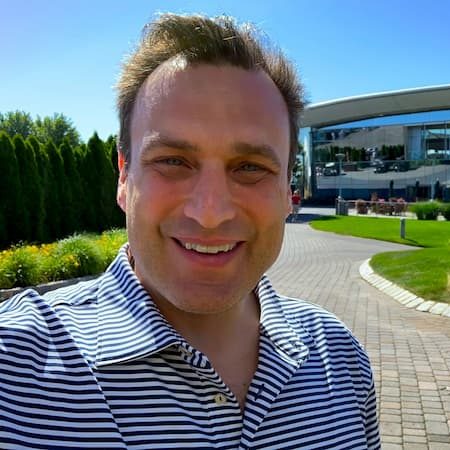 WLNY-TV is an independent television station licensed to Riverhead, New York, the United States serving New York City. Overmyer serves as a host for sports update every weekend on both the channels.

He began his journalism career as a sports director at WBBH-TV in Fort Myers, Florida. There, he earned an AP Florida Sportscaster of the Year Award. Since his tenure with the channel, Overmyer established himself as an outstanding sports journalist. He has covered the region’s most memorable events which include both Giants Super Bowl wins in 2007 & 2012. He also covered the Yankees World Series of 2009, and Derek Jeter’s final game at Yankee Stadium.

He joined KPNX-TV the NBC station in Phoenix, AZ in 1997. There, he covered a variety of professional sports teams including the Arizona Cardinals, Phoenix Suns, and Arizona Diamondbacks. Overmyer left KPNX-TV in 2001. He later spent five years as a sports anchor at CNN in Atlanta. He was also the host of the award-winning NFL Sunday Night Blitz and evening sports anchor for CNN Headline News.

Overmyer moved to New York in 2006 where he began anchoring and reporting for SportsNet in New York (SNY). Steve Overmyer was the field reporter for Jets Post Game Live and studio host for 1st and Goal with Mike Tannenbaum. During his tenure in SNY, he anchored the nightly highlight show to talk show hosting duties to field reporter for all New York teams.

Overmyer joined CBS 2 in February of 2011 serving as a sports anchor and reporter. His fellow WCBS-TV news team includes:

Overmyer keeps his personal life very private. He has not disclosed any details regarding his date of birth or age. It is also not known when he celebrates his birthday.

Overmyer has not yet disclosed any information regarding his family background. Details about his parents and siblings remain private.

Overmyer attended Vincennes University from where he earned a bachelor’s degree in journalism.

Overmyer was previously married to fellow journalist Tracye Hutchins. Hutchins serves as an Evening anchor on CBS46 News which airs weekdays on CBS46 at 4, 5, 6, and 11 pm. The couple who got married in a private wedding in 2001 and later divorced in 2003.

The couple has a daughter, Paige together. In his time off, Steve loves spending time with his daughter.

Overmyer has earned greatly from his journalism career. However, his net worth is not yet disclosed to the public.