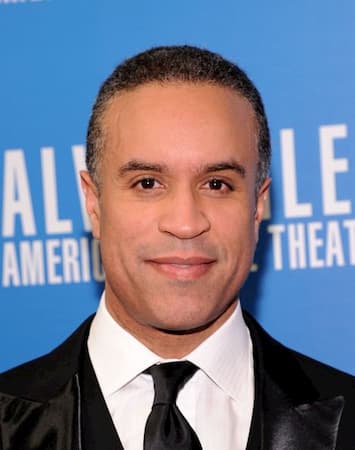 Maurice DuBois is an American television anchorman and actor He works for WCBS-TV in New York City and the CBS network.

In his college years, he served as an intern at the Public Affairs Office of the Brookhaven National Laboratory on Long Island in 1984 and 1985. There, he wrote for the employee newspaper, the Brookhaven Bulletin. He is involved in various community organizations including serving on three non-profit boards – Pencil; Susan G. Komen for the Cure (New York City affiliate); and New York City Center. DuBois has also worked with WNET’s GED program.

He began his career when he worked as a desk assistant at KING-TV in Seattle, Washington in 1987. He then served as an anchor and reporter at WFLD-TV in Chicago, Illinois, and then later at KCRA-TV in Sacramento, California. DuBois spent seven years In New York at WNBC-TV, the East Coast flagship station of the NBC television network. He served as a co-anchor of Today in New York, an early-morning local news and entertainment program at WNBC. at that time, DuBois also hosted Four Stories – a television news-magazine program featuring community heroes – as well as Mind Over Media, special programming for Court-TV for students to understand media images.

He worked as a reporter, covering national political conventions, AIDS in South Africa, witnessing a double execution. It was an experience which DuBois described as “intense”, it was the death of Pope John Paul II and the installation of Pope Benedict XVI.

DuBois anchors CBS-2 News in New York, weeknights at 5 & 11 pm. He also hosts the new weekly podcast, Icons & Disruptors with Maurice DuBois, in which he gets into the minds of people on the cutting edge of everything.

DuBois was born to Ramona Dubois, Maurice DuBois Sr., immigrants to the U.S. from the Caribbean island of Dominica, an island nation in the Caribbean.

DuBois has not yet shared any information regarding his brother or other siblings.

DuBois got married to his wife Andrea DuBois (née Adair) on August 13, 2001. The couple has two children and lives in Harlem. DuBois and Andrea faced a traumatic Islamic religion terrorist group attack on their honeymoon but despite the bad memories, the couple sticks together.

What Happened To Maurice DuBois? In January 2016, DuBois was absent on television and his fans were worried why. He issued a post on Facebook saying that he was taking some time off because he was diagnosed with Bell’s Palsy. It was a temporary condition that caused weakness on the right side of his face.

Maurice has won four Emmy Awards and has been honored by the Associated Press and also received a Trailblazer Award from the New York City chapter of the National Association of Black Journalists.

Through his reporting, Maurice has gained great recognition in the journalism industry. Through having worked for various media houses before and having much experience, most media houses seek to work with him. He is also believed to earn greatly from his work. However, DuBois’ salary is not yet disclosed to the public. Neither the estimates nor his actual net worth is disclosed.

In September 2014, Maurice and his wife Andrea listed their five-bedroom, five-bathroom mansion, at 44 Box Tree Rd. in Quogue, for $2.6 million with Douglas Elliman broker Enzo Morabito. The couple had bought it for just $1.7 million in 2004.

It is a 4,712-square-foot property, it has a heated outdoor pool, an all-weather tennis court, and sought after beach rights. Inside it, there is a spacious chef’s kitchen, a whirlpool Jacuzzi tub, a media room, vaulted ceilings, and a master bedroom with its own balcony.

His height is not yet determined.