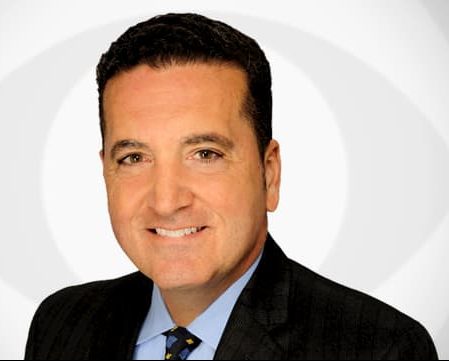 Tony Aiello is an American general assignment reporter for WCBS-TV (CBS 2) in New York City. He is based at the CBS Broadcast Center in Manhattan.

Initially in his career, Aiello served as a national correspondent for Dow Jones Television and the top syndicated business show, “The Wall Street Journal Report.” He has also served as an anchor and reporter at network affiliates WITI in Milwaukee, WI and WTVF in Nashville, Tennesse. During this time, he began using the name “Tony” on-air.

Before working at Nashville, he had worked at jobs in Charlottesville, Virginia, Winchester, Virginia, Greenville, and South Carolina. There, he used his given name, “Carm”.

Throughout his journalism career, Tony has been nominated for and received numerous professional honors. Tony appeared in an episode of Snapped on the Oxygen Network to comment on the case of a woman accused of stabbing her husband in 2006. Aiello has also been on Court TV to discuss high-profile criminal cases he has covered.

Aiello joined CBS 2 in October 2002. This was after spending more than four years at WNBC New York. He later spent almost a decade covering the northern suburbs from the WCBS-TV bureau in White Plains, New York.

Finally, he moved to the CBS Broadcast Center in Manhattan. Aiello was the lead Westchester County’s official ceremony marking the first anniversary of the 9/11 terror attacks in 2002. Aiello has delivered keynote speeches for groups which include the Enrico Fermi Scholarship Foundation, the Sons of Italy, and the National Parks Service.

He has also acted as an active participant with community groups and Italian-American charities. He serves as the board secretary of the Westchester Philharmonic, and a former trustee of ArtsWestchester. Tony has also proud to represent CBS2 at many community events. He has also helped raise awareness and funds for groups which include the Cystic Fibrosis Foundation, the March of Dimes, and also the Food Bank for Westchester.

His fellow WCBS-TV news team include:

Aiello keeps his personal life very private. He has not disclosed any information regarding his childhood.

Aiello attended Indiana University from where he graduated in 1985 with a degree in telecommunications. At the university, he was a brother of the Phi Kappa Psi fraternity. He also served as a member of the prestigious Indiana University Student Foundation Steering Committee.

Aiello is married to Elizabeth Aiello. She is the senior vice president of broadcasting at Martha Stewart Living Omnimedia. Liz directs Stewart’s channel on Sirius Satellite Radio, which covers all aspects of the home maven’s domain, from cooking and crafts to decorating and gardening.

Lis is also a fan of home décor magazines, clipping pages to deposit in her “dream box” for future projects. Aiello and Elizabeth were among the “plane people” on 38 aircraft diverted to Gander, Newfoundland, and Labrador on the day of the September 11 attacks.

Aiello and his family reside in New Rochelle, New York.

Aiello and Liz have twin sons, Robert and Anthony.

Aiello has earned greatly from his journalism career. However, his net worth is not yet disclosed to the public.