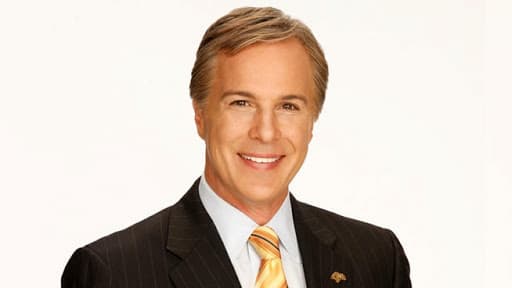 Robert Kovacik is an American journalist who serves as an anchor/reporter for KNBC-TV (NBC4). NBC4 is the West Coast flagship station of the NBC television network, licensed to Los Angeles, California, United States. He also appears across all NBC platforms.

The multiple-award-winning journalist received the Emmy for Outstanding Hard News Reporting in 2018. In 2013, he got selected as Journalist of the Year at the 55th Southern California Journalism Awards.

He has also received the Genesis Award being recognized as a Journalist of the Year at the 55th Southern California Journalism Awards by the Humane Society of the United States. He was named an Honorary Board Member with the title President Emeritus status elected by his peers after completing his third consecutive term as President of the Los Angeles Press Club.

Kovacik began his broadcasting career as the youngest anchor in New York City for NIGHT WORLD at Public Broadcasting Service (PBS) primary member station, WNET at the age of 23. He later moved to Los Angeles in 1994 to become an anchor and reporter for KCOP-TV. In 2001, he left KCOP joining National Geographic Channel. Kovacik became its West Coast correspondent, anchor, and bureau chief as well as its nightly news show, National Geographic Today.

In 2004, Kovacik joined KNBC-TV and is seen on the weekday evening newscasts at 5 p.m., 6 p.m., and 11 p.m. He served as a correspondent for the 2013 Papal Conclave in Rome. Kovacik also covered the Summer Olympics in London for which he was honored by the British Consul-General of Los Angeles. He has also covered Presidential debates and primaries, including reporting in Washington, D.C. for the funeral of George H. W. Bush. Kovacik also did report in Cleveland for the Republican Convention. In 2016, he did reporting in New York City where candidates Clinton and Trump awaited election returns.

Robert has also been a backstage reporter at the Academy Awards, the Golden Globes, the Emmys, and the Grammys. He also did a cover of the royal wedding between Prince Harry and Meghan Markle. He has sat down with industrial icons such as Bob Barker, Jane Fonda, Hugh Hefner, Quincy Jones, Angela Lansbury, and Robert Redford for extensive interviews.

Kovacik also reported on the Las Vegas mass shooting and Manchester, England terrorist bombing attack, both in 2017. In 2016, he reported the Orlando mass shooting when a gunman opened fire in a nightclub.

Kovacik has not yet disclosed any information regarding his age, date of birth, or when he celebrates his birthday.

Kovacik has been very discreet on matters regarding his background He has not yet disclosed information about his parents and siblings.

Kovacik attended Brown University in Providence, Rhode Island receiving an honor undergraduate Bachelor of Arts degree. From the Columbia University Graduate School of Journalism. he has an honors Master’s degree. After leaving Columbia, he resided in New York City and later moved to California.

Kovacik’s height is not yet disclosed.

Kovacik has maintained a private life regarding his personal life. It is not yet disclosed whether he is married or dating.

Kovacik has earned his wealth through his journalism career. However, his salary is not yet disclosed.