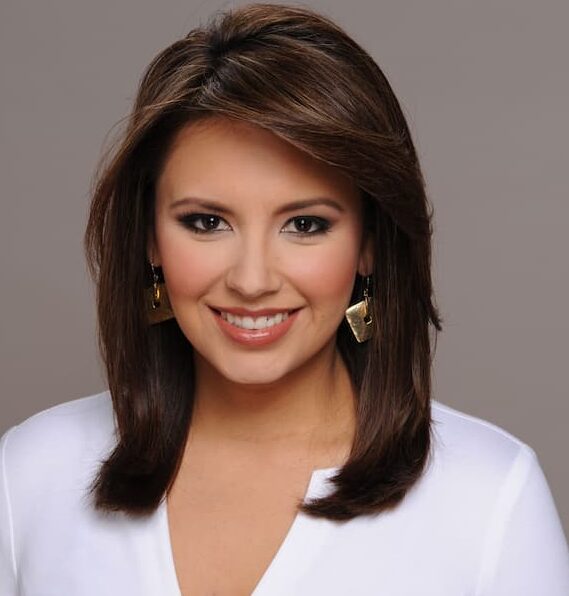 Daniella Guzman is an American journalist who serves as a general assignment reporter on NBC4 and co-anchor of the morning newscast “Today in LA.” The show airs on weekdays from 4 to 7 a.m.

She began her journalism career with the Univision network in Miami, Florida. Guzman later joined KTMD in Houston, Texas which is a Telemundo-owned station. She worked there from 2004 until 2006. Daniella later joined the NBC-affiliated station KPRC-TV as a general assignment reporter and weekend anchor.

Guzman has covered big stories such as Hurricanes Ike, Dolly, and Gustav. She was also among the first reporters on the scene who covered the 2009 Fort Hood shooting. Guzman was named co-anchor of WMAQ-TV’s weekday morning newscasts in 2012. Succeeding Rob Elgas and Zoraida Sambolin, she worked alongside Stefan Holt.

Being a community person, she has volunteered her time to help others since a young age. Remaining active in the community, she has volunteered for several Chicago-area and Los Angeles-area organizations such as March of Dimes, The Service Club, BuildOn, among others. She has also been acknowledged by the National Hispanic Media Coalition for her work through the Excellence in Broadcast Journalism award.

Guzman came to KNBC in June 2014 and greatly received love from Los Angeles for her dynamic reporting. Replacing Alycia Lane, she became a co-anchor of Today in L.A. alongside Whit Johnson. Lane had left the station in 2013.

She covered the 2016 Olympic Games in Rio de Janeiro, Brazil broadcasting live for Today in LA. Guzman delivered local news and provided viewers with all-access coverage of the games. She also brought her viewers closer to the culture of Rio, showcasing iconic sites including Christ the Redeemer and the Selaron Steps. She was hired as a contributor for L.A. Parent Magazine in May 2016. She has also worked in advertising, print media, and public relations.

Though she has shared pictures of her parents on social media, Guzman has not shared much information regarding her background. She has a brother named Felipe Guzman.

Guzman received her education from the University of St. Thomas in Houston graduating with a B.A. in bilingual journalism and communications.

Guzman stands at a height of 5 feet 4 inches.

Guzman got married to Hector Gonzalez in 2005. Having two daughters together, the family
lives in Los Angeles.

Guzman’s salary is not yet disclosed. However, a news anchor in Los Angeles, California receives an average salary of $84,500.

Guzman has earned greatly through her television career. However, her net worth is not yet disclosed.