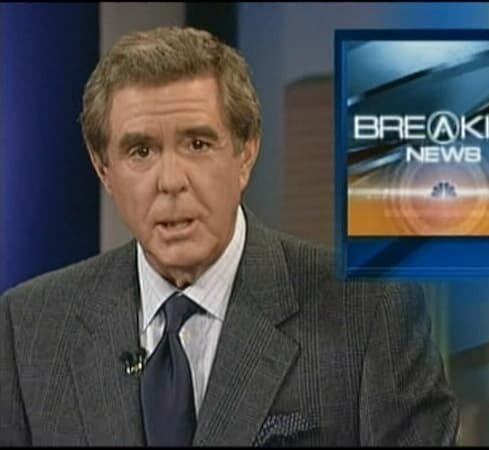 Paul Moyer is a retired American journalist who before his retirement anchored the 5 PM and 11 PM weekday editions of KNBC-TV’s Channel 4 News.

Initially, he co-anchored with Kelly Lange and later with Colleen Williams for a decade. Moyer has worked in the two major television markets in the United States, New York, and Los Angeles. Following the death of KTLA anchor Hal Fishman on August 7, 2007, Moyer became Los Angeles’ longest-running news anchor.

Moyer began his journalism career serving in positions at several stations such as KTIV in Sioux City, Iowa, WMBD radio, and WMBD-TV in Peoria, Illinois. He later went to KTVI in St. Louis following KDKA radio and KDKA-TV and in Pittsburgh. Before starting his broadcasting career, he held a position at WCBS-TV in New York City.

Serving at the ABC network initially served as a special correspondent for Eyewitness News. In September 1980, he was named co-anchor of the 5 p.m. hour with Ann Martin. This was after the weekday operation expanded to three hours in the early evening. He later replaced Dunphy on the 11 p.m. news. This was after Dunphy was shot in 1983 during a robbery attempt near the studio. He also co-anchored Eyewitness News with Tawny Little and Terry Murphy.

Paul also appeared as himself on the TV show The West Wing. He did an election-night stint for MSNBC.

Moyer joined NBC News in March 1972 working at KNBC as a reporter and weekend anchor. Initially known as KNBC News service, it featured Jess Marlow, Tom Snyder, Bob Abernethy, and Tom Brokaw as the main nightly anchors. It was the first serious competition in the local news ratings that was against KNXT’s The Big News/Eleven O’Clock Report with Jerry Dunphy. Moving to weeknights, Moyer took over the 11:00 p.m. newscast in July 1973. This was after Brokaw became NBC News’ chief White House correspondent. A year later, he became sole anchor of KNBC’s 6:00 p.m. program in November 1974 and replaced by John Schubek on the 11:00 newscast. This was after Snyder’s reassignment to New York.

He also co-hosted the stations’ weekend features program Sunday. He worked alongside the station’s longtime personality, Kelly Lange. Lange was the station’s weathercaster before her promotion to co-anchor position on evenings working with Moyer in 1976. Moyer left KNBC in 1979 after been relieved of his anchor duties. However, he returned to the station in July 1992. He co-anchored with longtime San Francisco anchorwoman-journalist Wendy Tokuda. Moyer was paired with Lange on the 11:00 p.m. news from 1993 to 1997. He was also paired with Colleen Williams at 5:00 p.m.

During the evening newscast on April 1, 2009, Colleen announced that Moyer was retiring after 25 years with KNBC.

Being a native of Los Angeles, Moyer has not disclosed any information regarding his background. His nephew Micah Ohlman who is also a journalist has co-anchored the weekday editions of the KTLA News.

Moyer received his high school education from Torrance High School. He then attended the University Of Arizona.

Moyer’s height has not yet been disclosed.

Moyer is a married man though the identity of his wife is not yet disclosed. Moyer sold his $9.5 million family home for him to acquire a more modest retirement home in his city of Los Angeles.

Moyer has four children, Elise, Paul, Dylan, and Kyle with his wife.

Moyer is one of the journalists who have greatly earned from their broadcasting career. However, his actual net worth is not yet disclosed.