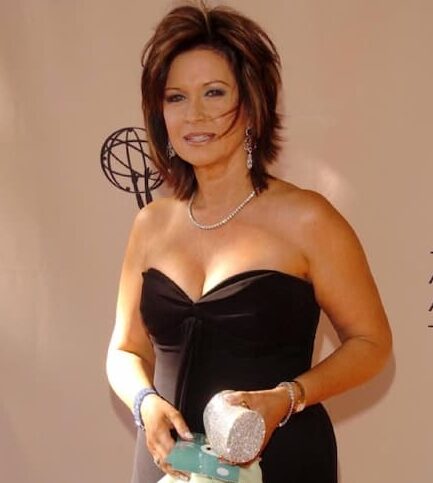 Colleen Williams is an American journalist who serves as an anchor of KNBC Channel 4 on the 5 and 11 p.m. weekday broadcasts. KNBC is the West Coast flagship station of the NBC television network which is licensed to Los Angeles, California, United States.

Williams began her journalism career with WOWT in Omaha after teaching in the Omaha Public School system for a few years. She later anchored at KPIX-TV, the CBS station in San Francisco, California. In 1983, she joined KCBS-TV which is the West Coast flagship station of the CBS television network, licensed to Los Angeles, California, United States. There, she anchored the 5 p.m. news for three years, succeeding Connie Chung who left for NBC News.

Williams came to NBC 4 in 1986 where she has become one of the most-recognized anchors in the Los Angeles area. Los Angeles is the second-largest media market in the United States. She covered the O. J. Simpson murder trial for KNBC and MSNBC. She co-anchored a daily summary of the trial each evening.

After the Simpson’s trial conclusion, Colleen succeeded long-time 11 p.m. anchor Kelly Lange who had been with the station for 25 years. Kelly went briefly to KCBS-TV and later left television fully in 2001. In the early years of her career, Colleen was recognized for her trademark hairstyle that included a prominent silver streak.

For her work, Colleen has received Golden mic awards for coverage of the Chatsworth train crash, NBC4’s special “LA Riots: Rubble to Rebirth.” and also the 1996 Atlanta Summer Games Centennial Park bombing coverage. She has also been awarded a Lifetime Achievement Award by the Radio & Television News Association.

Williams was born to Air Force officers and this made her move around the country during her childhood. She has not yet disclosed further information regarding her background.

Williams received her college education from Creighton University in Omaha, Nebraska. She then furthered to finish her bachelor’s degree in education from
The University of Nebraska at Omaha.

Williams’s height is not yet disclosed.

Colleen is married to an Air Force officer Maj. Jon Dudley whom she met while covering the Persian Gulf War in Saudi Arabia. The two got married in 1991. Five months after their marriage, the two purchased a home in Pasadena. The home is near the Rose Bowl is a two-story French Regency with five bedrooms at about 6,000 square feet with a swimming pool.

After their marriage, they commuted every day to see each other. Colleen drove from her the then workplace in Burbank or her home in Tarzana or Dudley drove from his then home in Moreno Valley since he was then stationed at March Air Force Base.

Williams has a son with her husband.

Colleen’s exact salary is not yet disclosed. However, a news anchor in Los Angeles, California receives an average salary of $84,500.

Colleen has earned greatly through her television career. However, her net worth is not yet disclosed.