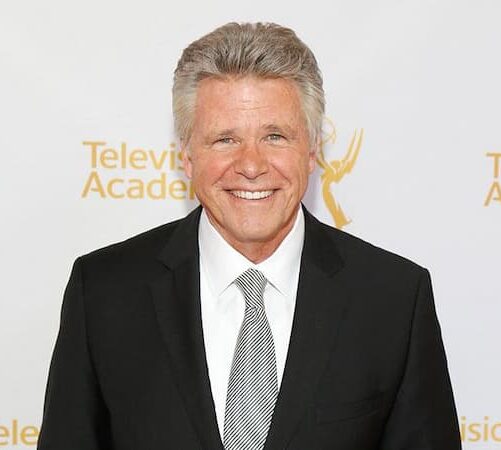 Chuck Henry (full name: Charles Robert Henry) is an American journalist who serves as a co-anchor of NBC4 News at 5 p.m., 6 p.m., and 11 p.m. KNBC is the West Coast flagship station of the NBC television network, licensed to Los Angeles, California, United States.

Henry began his broadcasting career at KITV (then KHVH-TV). There, he served as a news anchor-reporter from 1966 to 1971 with a short interval in Anchorage, Alaska. She also served as a news anchor-reporter for KTUU-TV (KENI-TV) from 1967 to 1968. Henry joined KABC-TV in October 1971. KABC-TV is the West Coast flagship station of the ABC television network, licensed to Los Angeles, California, United States. There, she began as a morning anchor and later moved to the weekends. He was then promoted in 1974 to anchor the 5 p.m. Eyewitness News. He worked alongside Christine Lund and Jerry Dunphy.

After leaving KABC-TV in 1978, he joined WMAQ-TV, the NBC-owned television station in Chicago in August the same year. He served as an anchor-reporter until March 1982. Chuck produced and hosted an on-air show titled, Your Army Neighbor, a community program featuring members of the military.

He also served as the executive producer and host of the Emmy award-winning “Travel Café.” This is a half-hour program that examines interesting places, cultures, and cuisines. He was also host and producer of “Eye on L.A” which is a popular travel magazine. The program was the first local (Los Angeles) TV series produced on HDTV and is also seen on the Travel Channel. He has received several Emmys for the programs. He also hosted the weekday afternoon program L.A. Today with Ann Martin.

Henry joined KNBC in January 1994 as an anchor of the 4 p.m. news replacing John Beard and also as a reporter. He later succeeded Jess Marlow on the 6 p.m. newscast. He also began anchoring the 5 and 11 p.m. newscasts after Paul Moyer retired in 2009. In October 2003 while shooting a report about California forest fires, Henry and his cameraman had a near-death experience that made them gain national attention.

Henry reported from Las Vegas to cover the worst mass shooting in modern history in October 2017. He was also one of the only television reporters allowed to visit and report from “the most bombed place on Earth.” This is the Nevada Test Site that was ground zero in America’s nuclear testing program. Henry is a community person since he volunteers for many charitable causes in the greater Los Angeles area. Being a licensed pilot, he enjoys flying in his free time. He hosted a short-lived revival of the classic Goodson-Todman game show Now You See It on CBS in 1989.

For his work, he has received a Lifetime Achievement Award from the Television and Radio News Association. He has also got other awards such as Los Angeles Area Emmys, Golden Mikes, and Los Angeles Press Club Awards.

Henry has not yet disclosed any information regarding his parents and siblings.

Henry’s height is not yet disclosed.

Henry is married to Kay Henry and together they have four children. He is also a member of The Church of Jesus Christ of Latter-day Saints.

Henry’s exact salary has not yet been disclosed. However, a news anchor in Los Angeles, California receives an average salary of $84,500.

Henry has gained wealth from his journalism career. However, his net worth is not yet disclosed.