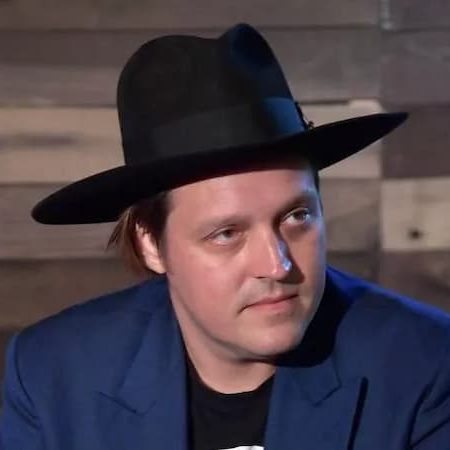 This article will answer every question you have about Win Butler. Below are some of the frequently asked questions about him.

Who is Win Butler?

How Old Is Win Butler?

He is 42 years old as of August 2022, having been born on April 14, 1980, in Truckee, California, U.S. Butler shares his birthdate with celebrities such as; Chris Wood, Abby Franke, Brady Potter, Abigail Breslin, Sarah Michelle Gellar, and many more.

Who are Win Butler’s Parents?

He was born to Edwin Farnham Butler II (Father) and worked as a geologist for oil conglomerate Halliburton in Houston, Texas. And Liza Butler (Mother, born on May 13, 1947) performed on the family TV show The King Family Show, plays jazz harp, and sings.

Does Win Butler have Siblings?

He has a younger brother by the name of Will Butler (born on October 6, 1982) an American multi-instrumentalist and composer.

He received his high school education at Philips Exeter Academy. After graduating from high school, he studied photography and creative writing at Sarah Lawrence College but a year later he left. Later, he attended McGill University and graduated with a bachelor’s degree in religious studies in 2004.

He is married to the love of his life Regine Chassagne (born on August 19, 1976) a Canadian singer, songwriter, musician, and multi-instrumentalist. They married in 2003.

In 2000, he moved to Montreal, Quebec, Canada to attend university. In 2005, he participated in the UNICEF benefit project “Do They Know It’s Hallowe’en? alongside Chassagne. Two have also collaborated on the music for the Richard Kelly film, The Box. LCD Soundsystem played its last concert on April 2, 2011, before its disbandment. Arcade Fire went on to perform the song “North American Scum”. And during James Murphy’s stumbling introduction to the song, Butler shouted out “shut up and play the hits!

Due to this reason, Murphy responded to the crowd and said ladies and gentlemen, for our live record, entitled ‘Shut Up and Plat the Hits’. And thus Butler’s cry became the title of the documentary of the concert. Butler then played in a charity basketball tournament in Toronto, Ontario, Canada known as “Rock The Court” in September 2011. He and other celebrities and athletes participated such as Matt Bonner of the San Antonio Spurs. Moreover, he works as a DJ using the stage name Windows 98. And he sometimes works under this moniker as the opening act for Arcade Fire itself. He and Chassagne attended the launch of the music streaming service Tidal in March 2015. There, they revealed themselves along with other notable artists as shareholders in the company.

Adding up to his well-built body is a height of 6ft 4inches (1.94m) and has unknown weight.

Win Butler Salary and Net Worth