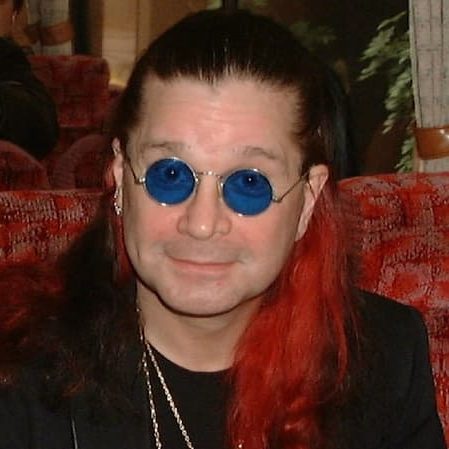 This article will answer every question you have about Ozzy Osbourne. Below are some of the frequently asked questions about him.

Who is Ozzy Osbourne?

John Michael “Ozzy” Osbourne is an English well-known singer, songwriter, and television personality. He rose to prominence during the 1970s as the lead vocalist of the heavy metal band Black Sabbath. During his time with the band, he adopted the nickname “Prince of Darkness”. However, in 1979, he was fired from Black Sabbath due to alcohol and drug problems but went on to have a successful solo career. As a solo artist, she has released 12 studio albums, the first 7 of which she received multi-platinum certifications in the U.S.

In 1997, he rejoined the band Black Sabbath and helped record the group’s final studio album, 13 (2013) before they embarked on a farewell tour that ended with a February 2017 performance in their hometown, Birmingham. His total album sales from his years in Black Sabbath combined with his solo work are over 100 million. As a member of Black Sabbath, he was inducted into the Rock and Roll Hall of Fame and into the UK Music Hall of Fame as a solo artist and as a member of the band. Moreover, he has been honored with stars on the Hollywood Walk of Fame and Birmingham Walk of Stars.

At the 2014 MTV Europe Music Award, he received the Global Icon Award. Whereas in 2015 he received the Ivor Novello Award for Lifetime Achievements from the British Academy of Songwriters, Composers, and Authors. In the early 2000s, he became a reality television star by appearing as himself in the MTV reality show The Osbournes alongside his wife and manager Sharon and two of their children Kelly and Jack.

How Old Is Ozzy Osbourne?

He is 73 years old as of August 2022, having been born on December 3, 1948, in Marston Green, Warwickshire, England. Ozzy shares his birthdate with celebrities such as; Lil Baby, Chandler Hallow, Nic Kaufmann, Amanda Seyfried, Jake T. Austin, and many more.

Who are Ozzy Osbourne’s Parents?

Does Ozzy Osbourne have Siblings?

He is married to the love of his life, Sharon Osbourne (born on October 9, 1952) a British-American television personality, music manager, and author. They married on July 4, 1982. However, he was previously married to Thelma Riley, they were married from 1971 until their divorce in 1982.

A Career with Black Sabbath

Geezer Butler formed his first band Rare Breed in late 1967 and soon recruited Ozzy to serve as vocalist. The band went on to play in two shows but then broke up. Later Ozzy reunited with Butler in Polka Tulk Blues along with guitarist Tony Iommi and drummer Bill Ward, whose band Mythology had recently broken up. Thus they went on to rename themselves Earth but decided to change the name again. In 1969, they finally settled on the name Black Sabbath based on the film of the same title. The band’s first song, “Black Sabbath” was written by Ozzy and Butler.

Their debut album Black Sabbath and Paranoid sold huge numbers as well as got considerable airplay. Five months after releasing Paranoid, the band went on to release Master of Reality and the album went on to reach the top ten in both the U.S. and UK. Moreover, it was certified gold in less than two months. And in the 1980s it received platinum certification and went Double Platinum in the early 21st century. In September 1972, they released their fourth studio album, Volume 4 and it went on to achieve gold in less than a month. In November 1973, they released the critically acclaimed Sabbath Bloody Sabbath. Whereas Sabotage was released in July 1975. On September 25, 1976, their 7th studio album, Technical Ecstasy was released.

Ozzy left the band in 1978 for three months to pursue a solo project he named Blizzard of Ozz. At the request of the other members, he rejoined Sabbath. And the band went on to spend five months at Sounds Interchange Studios in Toronto, Canada, writing and recording what would become the album Never Say Die! Support of Never Say Die! began touring in May 1978 with openers Van Halen. The final show of the tour was in Albuquerque, New Mexico on December 11, and it was also Ozzy’s last appearance with the band until 1985. On April 27, 1979, Ozzy was ejected from the band. And thus he was replaced with former Rainbow singer Ronnie James Dio.

After leaving Black Sabbath, he spent three months doing coke and booze. Don Arden then signed him to Jet Records with the aim of recording new material. Under the management of the Ardens, in late 1979, Ozzy formed the Blizzard of OZZ featuring drummer Lee Kerslake (of Uriah Heep), bassist-lyricist Bob Daisley (of Rainbow and, later, Uriah Heep), keyboardist Don Airey (of Rainbow and, later, Deep Purple), and guitarist Randy Rhoads (of Quiet Riot). The record company eventually would title the group’s debut album Blizzard of Ozz credited simply to Ozzy thus commencing his solo career. Moreover, the album is one of the few albums amongst the 100 best-sellers of the 1980s to have achieved multi-platinum status without the benefit of a top-40 single. As of August 1997, it had achieved quadruple platinum status according to RIAA.

His second solo album, Diary of a Madman featured more songs co-written with Lee Kerslake. Because of his work on this album and Blizzard of Ozz, Rhoads was ranked the 85-the greatest guitarist of all time by Rolling Stone magazine in 2003. The band was in Florida on March 19, 1972, for the Diary of a Madman tour and a week away from playing Madison Square Garden in New York City. However, a grizzly accident killed Rhoads, Aycock, and Youngblood. And this resulted in the tour being canceled for two weeks. Due to the death of Ozzy’s band members, Robert Sarzo was chosen to replace Rhoads. On April 1, 1982, the tour resumed. The tour was finalized in the release of the 1982 live album Speak of the Devil recorded at the Ritz in New York City.

His first album of new studio material in six years, Down to Earth was released on October 16, 2001. And in 2002, a live album Live at Budokan followed. Down to Earth went on to achieve platinum status in 2003. And featured the single “Dreamer” a song that peaked at No. 10 on Billboard’s Mainstream Rock Tracks. Ozzy was then invited to participate in the Golden Jubilee of Queen Elizabeth II in June 2002. Where he performed the Black Sabbath anthem “Paranoid” at the Party at the Palace concert on the grounds of Buckingham Palace.

In May 2005, he released a box set called Prince of Darkness. That same year in November, he released the covers album Under Cover featuring 10 songs from the fourth disc of Prince of Darkness and 3 more songs. It was announced in October 2006, that Tony Iommi, Ronnie James Dio, Vinny Appice, and Geezer Butler would be touring together again though not as Black Sabbath but under the moniker Heaven and Hell. On May 22, 2007, Ozzy’s next album, Black Rain was released. This was his first new studio album in almost six years and featured a more serious time than previous albums. In July 2009, he revealed that he was seeking a new guitar player. On March 29, he announced his album would be renamed Scream.

He announced on April 13, 2010, that the release date for Scream would be June 15, 2010. But a week later, the release date was changed. On April 14, 2010, a single from the album “Let Me Hear You Scream” debuted on the episode of CSI: NY. And the song spent eight weeks on the Billboard Rock Songs chart peaking at No. 7. He then announced on August 9, 2010, that the second single from the album would be “Life Won’t Wait”. Epic Records president Sylvia Rhone confirmed in August 2015 with Billboard that Ozzy was working on another studio album.

Ozzy then announced in September 2019, that he had finished the album in four weeks following his collaboration with Post Malone. It was announced in April 2017, that guitarist Zakk Wylde would reunite with Ozzy for a summer tour to mark the 30th anniversary of their first collaboration on 1988’s No Rest for the Wicked. He then announced on February 6, 2018, that he would embark on his final world tour dubbed No More Tours II. The next year on September 6, he was featured in the song “Take What You Want” by Post Malone. The song peaked on the Billboard Hot 100 charts at No. 8. Thus making Ozzy’s first US Top 10 single in 30 years since he was featured on Lita Ford’s “Close My Eyes Forever”.

In almost ten years, he released his first solo album, Ordinary Man on February 21, 2020. The album received positive reviews from music critics and debuted at No. 3 on the UK Albums Chart. A few days after the release, he told iHearRadio that he wanted to make another album with Andrew Watt. Sony then announced in November 2021, that Zakk Wylde will have full involvement in the album following his absence on Ordinary Man. Ozzy announced on June 24, 2022, that his upcoming album would be titled Patient Number 9. And is set to be released on September 9, 2022.

On November 11, 2011, it was announced during a news conference at the Whisky a Go Go club. On West Hollywood’s Sunset Strip that the original Black Sabbath lineup of Ozzy, Tony Iommi, Geezer Butler, and Bill Ward would reunite for a world tour and new album. Their first concert since their reunion they played at the O2 Academy on May 21, 2012, in Birmingham. And on June 11, 2013, their reunion album entitle 13 was released. Ozzy and Iommi made a surprise appearance on August 8, 2022. During the closing ceremony of the 2022 Commonwealth Games in Birmingham.

A Career in Other Production Work

In addition to his music career, he has achieved greater celebrity status via his own brand of reality television, The Osbournes. The program became one of MTV’s greatest hits. And premiered on March 5, 2002, and the final episode aired on March 21, 2005. The success of the program, led to him and the rest of his family hosting the 30th Annual American Music Award in January 2003.

He, Sharon, Kelly, and Jack Osbourne hosted the 2008 BRIT Awards on February 20, 2008, held at Earls Court, London. In October 2009, he published an autobiography titled I Am Crazy. At the Tribeca Film Festival, a documentary film about his life and career entitled God Bless Ozzy Osbourne premiered in April 2011. And was released on DVD in November 2011. Next, he appeared in a November 2017 episode of Gogglebox along with other UK celebrities such as Ed Sheeran, Liam Gallagher, and Jeremy Corbyn.

Ozzy Osbourne’s Salary and Net Worth

He has a monthly income of $3 million and a net worth of $245 million.