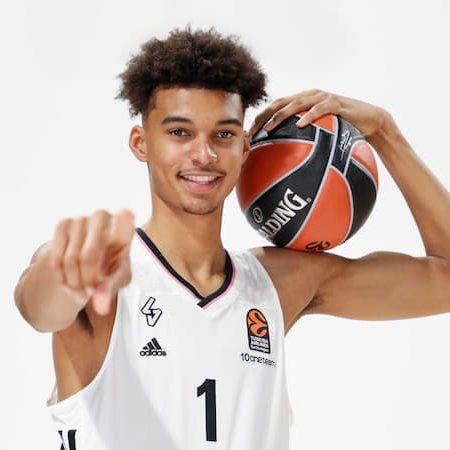 This article will answer every question you have about Victor Wembanyama. Below are some of the frequently asked questions about him.

Who is Victor Wembanyama?

Victor Wembanyama is a professional basketball player for Metropolitans 92 of the LNB Pro A. Being a 7ft 3inches tall power, he is considered one of the best European prospects of his generation. Moreover, he is widely considered the favorite to become the first overall pick in the 2023 NBA draft.

How Old Is Victor Wembanyama?

He is 18 years old as of October 2022, having been born on January 4, 2004, in Le Chesnay, France. Victor shares his birthdate with celebrities such as; Lea Elui Ginet, Jaeden Martell, Heidi D’Amelio, Charles Melton, Coco Jones, and many more.

Who are Victor Wembanyama Parents?

He was born to Felix Wembanyama (Father, born in 1973) a former long jumper, whereas his mother played basketball. However, his mother’s name is not mentioned on the internet.

Does Victor Wembanyama have Siblings?

He has an elder sister by the name of Eve (a professional basketball player).

An Early and Youth Career

He grew up playing football as a goalkeeper and practiced judo. He was coached in basketball by his mother since he was four or five years old. Thus he began his career at his local club, Entente Le Chesany Versailles, and at the age of ten, he joined the youth system of Nanterre 92. However, his parents refused offers from bigger clubs like FC Barcelona and SVEL. In February 2018, he was loaned to FC Barcelona for the Minicopa del Rey, an under-14 tournament in Spain, and led his team to third place. In the 2019-20 season, he began playing for Espoirs Nanterre in the LNB Espoirs, the French under-21 league.

He made his professional debut for Nanterre 92 on October 29, 2019, where he played 31 seconds against Brescia in the EuroCup. He went on to become the second-youngest player at 15 years nine months after Stefan Petkovic to play in the EuroCup. On September 23, 2020, he made his LNB Pro A debut grabbing one rebound in four minutes against JL Bourg. The next year on May 25, he had season-highs of 14 points and 10 rebounds in a 99-87 win over Orleans Loiret. Because of his exemplary performance, he was named Pro A Best Young Player of the 2020-21 season. He then opted to leave Nanterre after the season after living there since the age of 10.

He signed a three-year contract with ASVEL of the Pro A and the EuroLeague on June 29, 2021. On October 1, he made his EuroLeague debut playing three minutes in a home game against Zalgiris. The next year on April 3, he scored a career-high 25 points on 13-19 shooting in an 85-65 home win over Le Portel. On May 18, 2022, he won a second consecutive LNB Pro A Best Young Player award. However, after the season ended, he opted out of his contract with ASVEL.

In addition to playing at the club level, he has also represented his native France at the international level. Thus he represented France at the 2019 FIBA U16 European Championship in Udine, Italy. In the quarterfinal win over Croatia, he recorded 12 points, 21 rebounds, and 8 blocks in the 80-78 win. He went on to average nine points, 9.6 rebounds, and a tournament-leading 5.3 blocks per game thus leading France to a silver medal and earning all-tournament team honors. In Latvia, he competed at the 2021 FIBA Under-19 Basketball World Cup. In the finals, he recorded 22 points, 8 rebounds, and 8 blocks in an 83-81 loss to the United States. Victor went on to set the FIBA record for blocks per game in a single tournament.

Victor Wembanyama Salary and Net Worth