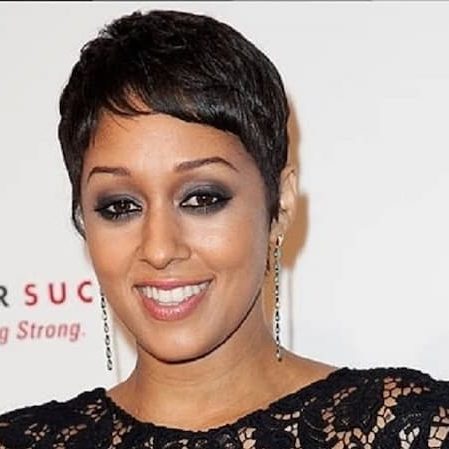 This article will answer every question you have about Tia Mowry. Below are some of the frequently asked questions about her.

Who is Tia Mowry?

Tia Dashon Mowry-Hardrict is a popular American actress. She first gained recognition for her starring role as Tia Landry in the sitcom Sister, opposite her twin sister Tamera Mowry. The sister then starred together in the Disney Channel Original Movie Twitches in 2005 and its sequel, Twitches Too in 2007. the two also starred in the fantasy comedy film 17 Again in 2000 and voiced the LaBelle Sisters in the animated series Detention from 1999 to 2000. They were featured in the reality series Tia and Tamera from 2011-2013.

She voiced Sasha in the animated series Bratz from 2005 to 2006. Mowry Starred as Melanie Barnett in the comedy-drama series The Game from 2006 to 2015, Stephnie Phillips in the sitcom Instant Mom from 2013 to 2015, and Cocoa McKellan in the sitcom Family Reunion from 2019 to the present.

She had starring roles in the teen comedy film The Hot Chick in 2002, the musical comedy film The Mistle-Tones in 2012, the romantic comedy film Baggage Claim in 2013, and the drama film Indivisible in 2018.Mowry and her sister, Tamera, formed a singing group in early 1990 named Voices. The group debuted their 1st single, Yeah, and it charred at No. on the Billboard Hot 100 in 1992.

Mowry and her sister began entering pageants and talent shows while their family was stationed at Fort Hood Texas. At age 12, their mother moved to California with them so they could pursue acting. She agreed, on the condition that they land an acting job within the first month of their stay. in 1990, their family moved to California permanently, settling in Los Angeles, and she and her sister began appearing in commercial and small roles.

She is well known for playing Tia Landry, a twin who separated at birth and reunited with her sister as a teenager in the show Sister, Sister. the series was developed for them after a producer spotted them on the set of Full House, a show on which their brother made regular appearances.

Sister, Sister was initially on ABC but was canceled by the network after two years and picked up by The WB, where it ran for another four years. During its run, they guest-starred on the Sister, Sister crossover episode of The Jasmine Foxx Show and appeared on an episode of their brother Tahj Mowry’s sitcom Smart Guy and did the voice-over for the Kin’s WB series Detention.

How Old is Tia Mowry

Who are Tia Mowry’s Parents?

Mowry was born to Darlene Renee Mowry and Timothy John Mowry her father was in the U.S. Army at the time of her birth and later become a custody officer with the City of Glendale Police Department when the family moved to California.

Mowry has three siblings, Tia is 2 minutes younger than her twin sister named Tamera. Her twin sister Tamera was born 1st, at 4:30 pm. She also has two younger brothers, an actor named Tahj Mowry and tavior Mowry who is a musician.

However, Mowry did not give up on her education she joined Pepperdine Unversity where she graduated with a Bachelor’s Degree in Psychology.

Mowry met actor Cory Hardrict on the set of their film. They dated for six years, then become engaged on Christian Day in 2006 and married in California on April 20, 2008.

Mowry and Cory Hardrict they’re blessed with two children. She gave birth to a son named Cree Taylor on June 28, 2011. Then on November 8, 2017, she welcomed their daughter named Cairo Tiahna was born on May 5, 2018.

Following the show ended, both Mowry and her sister studied Psychology at Pepperdine University. She also went to Europe to study humanities and Italian for a period. Both she and her sister appeared in the Rob Schneider comedy film The Hot Chick, Playing cheerleaders.

She also does a voice-over for the 4Kidds Tv cartoon Bratz as the reprised on an episode of her sister’s television show, Strong Medicine, playing the role of Keisha, Dr. Kayla Thornton, the twin sister of Tamera his character in January 2006.

She has a starring role in the BET television series The Game as Melanie Barnett. Mowry has been nominated for a Teen Choice Award and an NAACP Image Awards for best actress in a comedy.

In the Blue’s Clues episode, Mowry and her sister make a cameo appearance as two of the celebrities wishing Blue a happy birthday. Their only line is said in unison “Happy Birthday, Blue!” At the beginning of July 2011, the Style Network began airing Tia and Tamera, a reality show which follows the day-to-day lives of the twins. She becomes pregnant and her sister plans her wedding. Mowry and Tamera are both singers. They have showcased their vocal abilities on an episode of Sister, including covers of which Tamera performed “You Can’t Hurry Love” “Amazing Grace” and “I’m Going Down”. They also sang the theme song within seasons 5 and 6.

Mowry published her first book, Oh, Baby: Pregnancy Tales and Advice from One Hot Mama to Another, about her pregnancy and being a working mother, in May 2012. She revealed on Twitter that she should not be back to The Dame, for a 6th season in May 2012. Mowry starred in the NickMom or Nick at Nite series Instant Mom from 2013 to 2015.

Mowry starred in her Cooking Channel series Tia Mowry at Home, from 2015 to 2017, where she made everything from cheese macaroni. And, curry chicken, collard green, galette, shakshuka, cake pie, and various types of cocktails. Some of her guest stars included her The Game co-stars Brittany Daniel, Hosea Sanchez, Lilly Singh, Wendy Raquel Robinson from Youtube, and Kelly Rowland from Destiny’s Child.

She started a podcast on PodcastOne named Mostly Mom with her in 2016. Mowry appeared with her twin sister on the daytime talk show The Real. Where she promoted her new book Twintution on April 29, 2016. She starred in the Netflix comedy series, Family Reunion in 2019. The show has been nominated for Outstanding Children’s program 3 years in a row at the NAACP Image Awards. winning in 2020 and 2021.

Mowry launched her 2nd cookbook, The Quick Fix Kitchen, Published by Rodale Books in September 2012. The book includes mealtime hacks, and tips to bring joy and balance to the kitchen. And easy, delicious, and healthy recipes the entire family will love.

She partnered with Gibson to launch an extensive homeware collection Spice by her in 2021.

An American actress, singer, author, and voice-over artist Mowry has an estimated net worth of $4 million as of today.