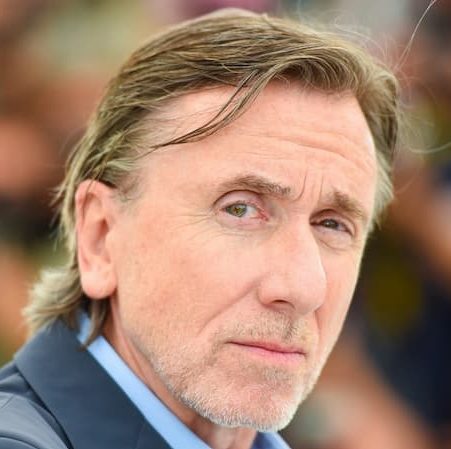 This article will answer every question you have about Tim Roth. Below are some of the frequently asked questions about him.

Who is Tim Roth?

Timothy Simon Roth abbreviated as Tim Roth is an English prominent actor. He began acting in the 1980s in films and television series. And he was also among a group of prominent British actors of the era, the “Brit Pack”. In 1982, he made his television debut in Made in Britain and theatrical film debut in The Hit (1984) for which he was nominated for the BAFTA Award for Most Promising Newcomer.

Since then, he went on to gain notable attention because of his roles in films, including; The Cook, the Thief, His Wife & Her Lover, (1989), Vincent & Theo (1990), and Rosencrantz & Guildenstern Are Dead (1990). Moreover, he collaborated with Quentin Tarantino on several films such as; Reservoir Dogs (1992), Pulp Fiction (1994), Four Rooms (1995), and The Hateful Eight (2015). Because of his performance in Rob Roy (1995), he won the BAFTA Award for Best Actor in a Supporting Role and was nominated for a Golden Globe Award for Best Supporting Actor – Motion Picture and the Academy Award for Best Supporting Actor.

In 1999, he made his directorial debut with the film, The War Zone. And he went on to play Cal Lightman in the Fox series Lie to Me (2009 to 2011) and Jim Worth / Jack Devlin in the Sky Atlantic series Tin Star (2017 to 2020). Moreover, he portrayed Emil Blonsky / Abomination in the Marvel Cinematic Universe film The Incredible Hulk (2008), reprising the role in Shang-Chi and the Legend of the Ten Rings (2021) and the Disney+series She-Hulk: Attorney at Law (2022).

How Old Is Tim Roth?

He is 61 years old as of November 2022, having been born on May 14, 1961, in Dulwich, London, England. Tim shares his birthdate with celebrities such as; TheOdd1sOut, Miranda Cosgrove,  Pokimane, Nicolette Durazzo, Emery Bingham, and many more.

Who are Tim Roth’s Parents?

He was born to Ernie Roth (Father) a Fleet Street journalist and a painter, and Ann Roth (Mother) a painter and teacher.

Does Tim Roth have Siblings?

He received his high school education at Croydon Technical School and Strand School. After high school, he attended Camberwell College of Arts.

He is married to the love of his life Nikki Butler. They married in 1993.

In the 1980s, he starred in television films including; Made in Britain, Meantime, and Murder with Mirrors. After his film debut The Hit, he went on and earned an Evening Standard Award for Most Promising Newcomer. Also, he played an East End character in King of the Ghetto broadcasted by the BBC in 1986. In 1990, he played Vincent Van Gogh in Vincent & Theo and Guildenstern in Rosencrantz & Guildenstern Are Dead. During the 1980s, he, Bruce Payne, Colin Firth, Daniel Day-Lewis, Gary Oldman, and Paul McGann were dubbed the Brit Pack.

Tim then collaborated on several films with Quentin Tarantino, including Reservoir Dogs, Pulp Fiction, and Four Rooms. Also, he played Archibald Cunningham. Moreover, he won the BAFTA Award for Best Actor in a Supporting Role and was nominated for an Academy Award for Best Supporting Actor and a Golden Globe. In 1996, he starred in Woody Allen’s musical film Everyone Says I Love You. Next, he played “Danny Boodman T.D. Lemon 1900″ in The Legend of 1900. He made his directorial debut film The War Zone, a film version of Alexander Stuart’s novel.

In 2001, he played General Thade the evil chimpanzee in Tim Burton’s Planet of the Apes. Next, he starred in Francis Ford Coppola’s film Youth Without Youth, and Michael Haneke’s Funny Games. And played Emil Blonsky / Abomination, a Russian-born officer in the British Royal Marines Commandos in The Incredible Hulk. From 2009 to 2011, he starred as Cal Lightman in Lie To Me. He then appeared on the cover of Manic Street Preachers’ 2010 studio album, Postcards from a Young Man. He was announced in 2012 as the President of the Jury for the Un Certain Regard section at the 2012 Cannes Film Festival.

Next, he starred as FIFA President Sepp Blatter in United Passions. In 2015, he starred in the film Chronic which received a limited release in 2016. Later, he received an Independent Spirit Award for Best Male Lead nomination. In 2019, he was to appear in Once Upon a Time in Hollywood, but his scenes were cut. He then reprised his role as Emil Blonsky/Abomination in the film Shang-Chi and the Legend of the Ten Rings and in the Disney+ series She-Hulk: Attorney at Law (2022), both set in the Marvel Cinematic Universe.

Tim Roth’s Salary and Net Worth