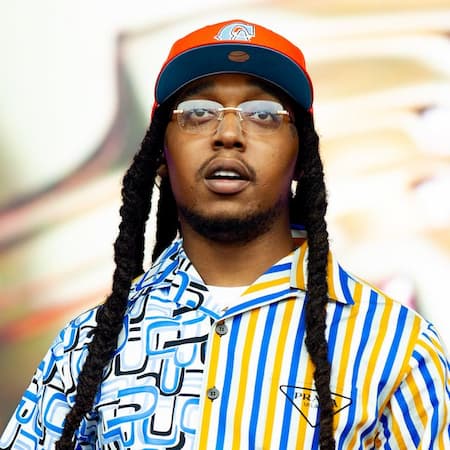 This article will answer every question you have about Takeoff. Below are some of the frequently asked questions about him.

Kirshnik Khari Ball professionally known as Takeoff was a famous American rapper. He was famously known as a member of the hip hop trio Migos along with his uncle Quavo and first cousin once removed Offset. As a member of the group, they had scored multiple top ten hits on the Billboard Hot 100 including “MotorSport” featuring Nicki Minaj and Cardi B, “Stir Fry”, “Walk It Talk It” featuring Drake, and “Bad and Boujee” featuring Lil Uzi Vert. The latter, peaked at No. 1 on the chart (although his absence from the song resulted in various memes). Also, he has received two Grammy Award nominations. Takeoff was shot and killed on November 1, 2022, in Houston, Texas.

How old Is Takeoff?

He was 28 years old at the time of his death on November 1, 2022. Having been born on June 18, 994, in Lawrenceville, Georgia, U.S. Takeoff shared his birthdate with celebrities such as; Trippie Redd, Josh Dun, Blake Shelton, Paul McCartney, SaiDee Nelson, and many more.

Who are Takeoff’s Parents?

News on the internet shows that he was born to his mother and brought along with family members Quavo and Offset. However, his parents’ names and his father’s whereabouts are not mentioned on the internet.

Does Takeoff have Siblings?

News on the internet shows that he has a younger brother by the name of YRN Lingo.

He received his education at Berkmar High School.

News on the internet shows that he was in a relationship with DreamDoll (born on February 28, 1992) a rapper.

During his lifetime he had no kids.

In 2008, he along with family members Quavo and Offset began rapping. Initially, the group performed under the stage name Polo Club but eventually changed their name to Migos. The group then went on to release their first full-length project on August 25, 2011, a mixtape titled Juug Season. They then followed this with the mixtape No Label on June 1, 2012. Initially, Migos rose to prominence after the release of their single “Versace” in 2013.

The song was then remixed by Canadian rapper Drake and it went on to peak at No. 99 on the Billboard Hot 100 chart and No. 31 on the Hot R&B/Hip-Hop Songs chart. In July 2015, their debut studio album, Yung Rich Nation was released and featured guest appearances from Chris Brown and Young Thug and production from Zaytoven and Murda Beatz. The album then peaked at No. 17 on the Billboard 200. In 2016, they achieved the first No. 1 single with “Bad and Boujee” featuring Lil Uzi Vert. The single peaked on the Billboard Hot 100 during the week of January 21, 2017.

Moreover, the song has gone on to be certified four times platinum by the Recording Industry Association of America (RIAA). However, Takeoff is not featured nor credited in the song. But he is seen in one of the background scenes in the music video. In response, he claimed that he was not featured in the song because he was busy at the time of recording. On January 27, 2017, Migos; second studio album, Culture was released, and debuted at No. 1 on the US Billboard 200, moving 131,000 album-equivalent units, including 44,000 copies sold during its first week of release.

Moreover, the album went on to achieve platinum certification in the country in July 2017. On January 26, 2018, the group’s third album, Culture II was released. The album became Migos’ second album to debut at No. 1 on the Billboard 200, moving 199,000 equivalent units, including 38,000 copies sold in its first week of release.

Following the release of Culture II, Takeoff announced on October 23, 2018, an upcoming solo project called The Last Rocket to be released the following month. Two days after the announcement, he released his first single off the album “Last Memory” along with the music video. On November 2, 2018, the album was released. On June 11, 2021, the fourth Migos album Culture III was released. This would be the final Migos album released during Takeoff’s lifetime.

Rumors surrounding a possible disbandment of Migos arose in October 2022, based on reports that Quavo’s ex-girlfriend Saweetie had slept with Offset. Following this, Quavo and Takeoff released a collaborative album on October 7, 2022, titled Only Built for Infinity Links, 25 days before Takeoff’s death on November 1, 2022, in Houston.

Takeoff Salary and Net Worth

His salary is not mentioned on the internet but had a net worth of $26 million.