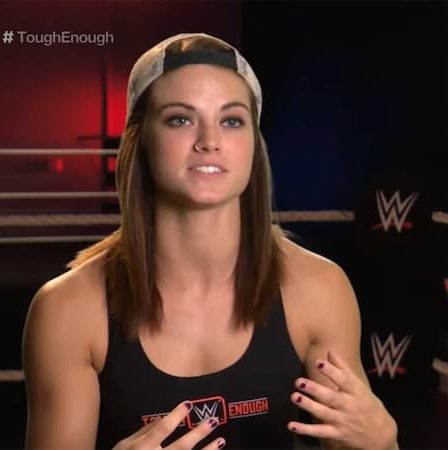 This article will answer every question you have about Sara Lee. Below are some of the frequently asked questions about her.

Who is Sara Lee?

Sara Ann Lee was an American well-known television personality and professional wrestler best known for her time in the American promotion WWE between 2015 and 2016. She was the lead female winner of the sixth season of the WWE competition Tough Enough in 2015, thus earning a one-year contract with WWE.

How Old Is Sara Lee?

She was 30 years old at the time of her death on October 6, 2022. Having been born on June 7, 1992, in Hope Township, Michigan, U.S. Sara shared her birthdate with celebrities such as; Coco Quinn, Lexi Rivera, Iggy Azalea, Fetty Wap, DangMattSmith, and many more.

Who are Sara Lee’s Parents?

She was born to Bob Lee (Father) and Terri Lee (Mother).

Does Sara Lee have Siblings?

There is no news on the internet showing whether she had siblings or not. In case there is news regarding this matter, we will update it here as soon as possible.

She received her high school education at Meridian High School, where she graduated in 2010. After graduating from high school, she attended Delta College where she studied diagnostic medical sonography.

She was one of the thirteen finalists for the 6th season of the WWE competition Tough Enough in June 2015. After being at risk of being eliminated five times throughout the course of the competition, on August 25, she was chosen by the fan vote as one of the winners along with Josh Bredl thus earning a $250,000 one-year contract with WWE. During the final, she adopted the ring name Hope but lost a singles match to Alicia Fox.

In September of that year, she was assigned to WWE’s developmental territory NXT based at the Performance Centre in Orlando, Florida to begin training. Returning to her real name, on January 16, 2016, she made her first appearance for NXT where she delivered a heel promo. She went on to make her in-ring debut at the January 30 live event during a six-Diva tag team match which also involved fellow Tough Enough competitor Mandy Rose. On September 30, 2016, she was released from her WWE contract.

Sara Lee’s Salary and Net Worth

Her salary is not mentioned on the internet but had an estimated net worth of between $1 and $5 million.