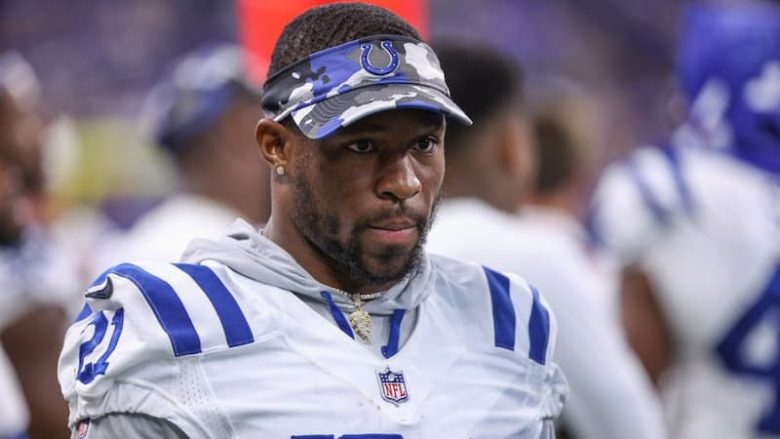 This article will answer every question you have about Nyheim Hines. Below are some of the frequently asked questions about him.

Who is Nyheim Hines?

Nyheim Hines is an American professional football running back and punt returner for the Indianapolis Colts of the NFL (National Football League). While at college, he played college football at NC State.

How Old Is Nyheim Hines?

He is 25 years old as of October 2022, having been born on November 12, 1996, in Garner, North Carolina, U.S. Hines shares his birthdate with celebrities such as; Erika Costell, Anne Hathaway, NayVee Nelson, Ryan Gosling, Dr. Mike, and many more.

Who are Nyheim Hines’s Parents?

He was born to Darrin Hines and Nannette Miller.

Does Nyheim Hines have Siblings?

He has a twin sister by the name of Nyah Hines.

From 2015 to 2017, he played at NC State under head coach Dave Doeren. In 2017 as a junior, he rushed for 1,112 yards on 197 carries with 12 touchdowns. After the season, he decided to forgo his senior year and enter the 2028 NFL Draft. Overall, he finished his collegiate career with 1,400 rushing yards and 13 rushing touchdowns. In addition to his collegiate career, he was a member of NC State’s track team. He placed third in the 100 meters at the ACC outdoor track and field championships with a personal-best time of 10.34 seconds. Moreover, he recorded a personal-best time of 21.31 seconds in 200 meters placing him 8th. Also, his personal-best 6.71 seconds in the 60 meters, placed him 3rd at the ACC indoor championships.

His 4.38-second 40-yard dash was the fastest among 2018 NFL Draft Combine running backs.

He was drafted in the 4th round, 104th overall of the 2018 NFL Draft by the Indianapolis Colts. In his NFL debut in a season-opening game against the Cincinnati Bengals, he had five carries for 19 rushing yards along with 7 receptions for 3 receiving yards in the 34-23 loss. In the following game against the Washington Redskins, he scored his first professional touchdown, an eight-yard push in the 21-9 victory. He went on to have 9 receptions for 63 receiving yards and two receiving touchdowns in week 4 in the overtime loss against the Hoston Texans. Overall, he finished his rookie season with 314 rushing yards and two receiving touchdowns.

In a game against the Carolina Panthers, in week 16, he returned two punts for touchdowns. The first one was an 84-yard return and the second one was a 71-yard return during the 38-6 win. This made him become the first player since Darius Reynaud in 2012 to have two punt returns for a touchdown in a single game. Moreover, he became the first player in franchise history to accomplish the feat. Overall, he finished the 2019 season with 52 carries for 199 rushing yards and two rushing touchdowns to go along with 44 receptions for 320 receiving yards.

Hines signed a three-year $18.6 million contract extension with the Colts on September 10, 2021.

Nyheim Hines Salary and Net Worth

He has an average annual salary of $6.2 million and an estimated net worth of $7 million.