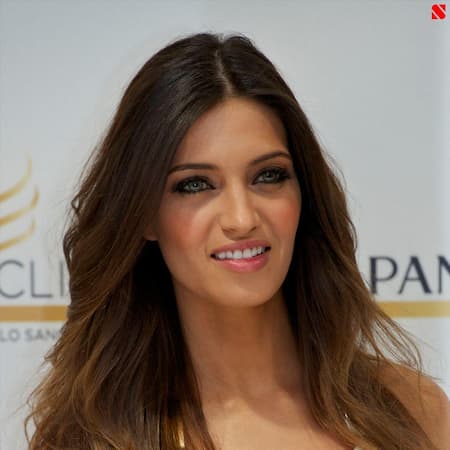 This article will answer every question you have about Sara Carbonero. Below are some of the frequently asked questions about her.

Who is Sara Carbonero?

Sara Carbonero Arevalo is a Spanish-Portuguese eminent sports journalist. She was a TV presenter for Telecinco from early 2000 until she moved to Porto, Portugal when her ex-husband Iker Casillas joined Porto in July 2015.

How Old Is Sara Carbonero?

She is 38 years old as of October 2022, having been born on February 3, 1984, in Corral de Almaguer, Spain. Sara shares her birthdate with celebrities such as; Taylor Caniff, Daddy Yankee, India Love, Sean Kingston, and many more.

Who are Sara Carbonero Parents?

She was born to Carlos Javier Garcia Carbonero (Father) and Goyi Arevalo (Mother).

Does Sara Carbonero have Siblings?

She has a sister by the name of Irene Carbonero.

She received her education at The Complutense University of Madrid where she received a bachelor’s in Journalism.

According to news on the internet, it shows that she is possibly single. However, she was previously married to Iker Casillas (born on May 20, 1981) a Spanish former professional footballer who played as a goalkeeper. They married on March 20, 2016, but separated on March 12, 2021.

When she was in the 3dr of her journalism bachelor’s from the Complutense University of Madrid, she entered Radio Marca as an intern and six months later, she was hired. She then signed up for Telecinco in April 2009 as an editor and sports presenter. She then went on to create a clothing brand in 2015 with two friends called fast love selling clothing, accessories, and beauty products online. The next in July 2016, she was introduced as a host of a fashion TV show on Telecinco called “Quiero Ser” (I Want to Be).

A Career in the 2010 World Cup Coverage

It was alleged during the 2010 FIFA World Cup, that Sara had distracted Casillas while reporting during the match between Spain and Switzerland. Thus this causes an unexpected Swiss victory. Sara and her TV crew were standing near the Spanish end of the pitch less than 60 feet from the goal where Casillas was. Thus allegations were made in the English press, originally by Graham Keeley of The Times and later repeated by several other English newspapers prompting the Madrid-based Spanish newspapers El Mundo, El Paris, and the popular sports daily, Marca. It was announced in July 2010 after the World Cup, that Sara would collaborate during the 2010-11 season with the Italian digital television platform Mediaset Premium. Therefore taking charge of information on La Liga and especially on the career of Jose Mourinho in Real Madrid.

A Career in the Media

She was voted in July 2009, as “The Sexiest Reporter in the World” by the American edition of FHM.

Sara Carbonero’s Salary and Net Worth

Her salary is not mentioned on the internet but has a net worth of $10 million.