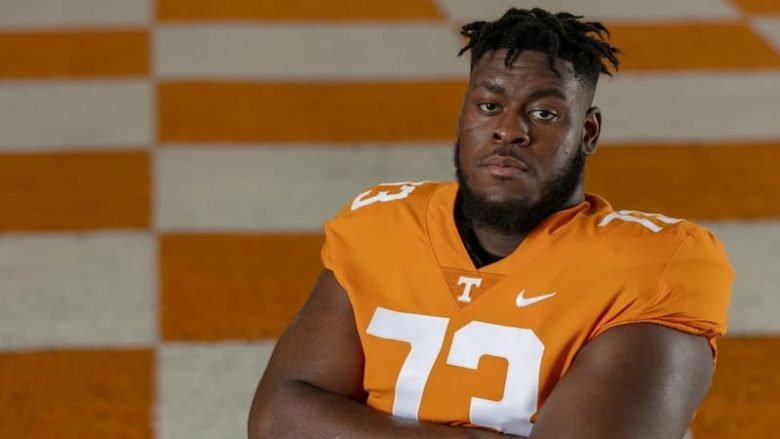 This article will answer every question you have about Trey Smith. Below are some of the frequently asked questions about him.

Who is Trey Smith?

Henry Louis “Trey” Smith III is a professional American football guard for the Kansas City Chiefs of the NFL (National Football League). While at college, he played college football at Tennessee before he was in the 6th round of the 2021 NFL Draft by the Chiefs.

How Old Is Trey Smith

Who are Trey Smith’s Parents?

He was born to Henry Smith (Father) and Dorsetta Smith (Mother).

Does Trey Smith have Siblings?

He has an elder sister by the name of Ashley Smith.

He was a three-time All-State offensive lineman. Also, he was a five-star recruit and was ranked as the No. 1 prospect overall in the class of 107 by ESPN. After his high school career was over, he chose Tennessee over scholarship offers from Ohio State, Ole Miss, and Alabama.

At Tennessee in his true freshman year, he started all 12 games, first at right guard and later at left tackle. Because of his efforts in the 2017 season, he was named to the All-SEC Second Team. After starting the first seven games of his sophomore season at left tackle, Tennesse’s medical staff discovered blood clots in Smith’s lungs and ruled him out indefinitely. In February 2018, the issue had originally been discovered before the Volunteers’ spring practice but was thought to have been resolved.

Thus because of the injury, he missed the remainder of the 2018 season. Cleared to return for his junior season, he was moved to left guard as true freshman Wanya Morris took over as left tackle. And was named to the All-SEC First Team. However, despite some speculations that he would not enter the 2020 NFL Draft, Smith announced that he would remain in Tennessee for his senior year.

He was drafted in the sixth round, 226th overall of the 2021 NFL Draft by the Kansas City Chiefs. On May 13, 2021, he signed his four-year rookie contract and was named the Chief’s starting right guard as a rookie.

Trey Smith’s Salary and Net Worth