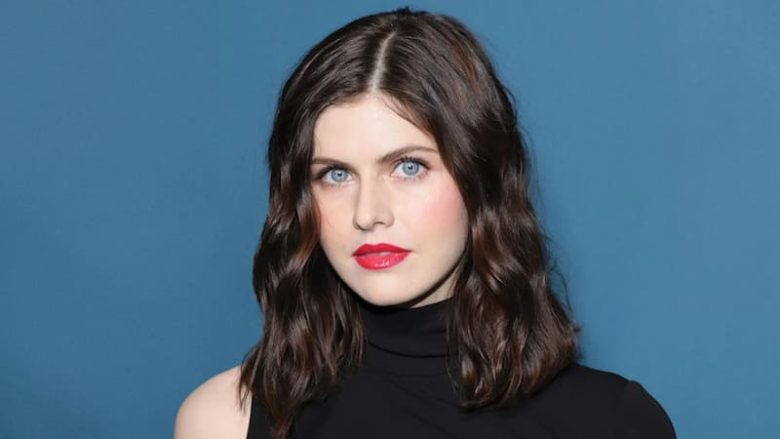 This article will answer every question you have about Alexandra Daddario. Below are some of the frequently asked questions about her.

Who is Alexandra Daddario?

Alexandra Anna Daddario is an American well-known actress. She had her breakthrough in the Percy Jackson film series portraying Annabeth Chase (2010 to 2013). Since then, she has starred as Paige in Hall Pass (2011), Heather Miller in Texas Chainsaw 3D (2013), Blake Gaines in San Andreas (2015), Summer Quinn in Baywatch (2017), and Alexis Butler in We Summon the Darkness (2019).

Moreover, she has guest starred in television series such as White Collar, It’s Always Sunny in Philadelphia, True Detective, New Girl, and American Horror Story: Hotel. In 2021, she starred in the first season of the HBO series, The White Lotus for which she received widespread acclaim and an Emmy nomination for Outstanding Supporting Actress in a Limited or Anthology Series or Movie in 2022.

How Old Is Alexandria Daddario?

She is 36 years old as of October 2022, having been born on March 16, 1986, in Manhattan, New York, U.S. Alexandra shares her birthdate with celebrities such as; Jhené Aiko, Luca Lombardo, Anthony Vargas, Blake Griffin, and many more.

Who are Alexandra Daddario’s Parents?

She was born to Richard Daddario (Father, born in 1951) an American attorney and politician. And Christina Daddario (Mother) a lawyer.

Does Alexandra Daddario have Siblings?

She received her high school education at Brearley School and Professional Children’s School. After high school, she attended Marymount Manhattan College but dropped out in order to pursue full-time acting.

She is married to the love of her life, Andrew Form (born on February 3, 1969) an American film producer. They married in June 2022.

At the age of 16, she made her television debut when she played victimized teen Laurie Lewis in the ABC daytime soap opera All My Children. Her first major role came in 2010 as Annabeth Chase in the fantasy adventure film Percy Jackson & the Olympians: The Lightning Thief. Moreover, she went on to have recurring roles as Neal Caffrey’s love interest, Kate Moreau in the USA Network procedural drama series, White Collar. The next year, she appeared in the comedy film, Hall Pass and had a recurring role in NBC’s comedy-drama series, Parenthood as Rachel. Next, she starred in the music video for Imagine Dragons’ song “Radioactive” in 2012. The song surpassed 1 billion views on YouTube.

She then appeared as a guest in which she portraying Ruby Taft in an episode of the FX sitcom It’s Always Sunny in Philadelphia. Her first starring role was as the lead character Heather Miller in the slasher film Texas Chainsaw 3D ?(2013). That same year in August, she reprised her role as Annabeth Chase in the film sequel Percy Jackson: Sea of Monsters. In January 2013, she was cast in the first season of the HBO anthology series, True Detective. And went on to appear as Lisa Tragnetti in a four-episode arc. In 2014, she had a lead role in the disaster film San Andrea as Blake Gaines and made a cameo appearance in the pilot of the Fox comedy series, The Last Man on Earth. That same year, she made a guest appearance on American Horror Story: Hotel, portraying a version of designer Natacha Rambova.

In the year 2016, she had a supporting role in the Nicholas Sparks romantic drama film, The Choice directed by Ross Katz. The next year, she subsequently starred as one of the leads in the film adaptation of Baywatch. And also played Summer Quinn in the original television series. In 2017 also, she portrayed Kate Jeffries in the road trip comedy, The Layover directed by William H. Macy. In addition to her acting, she appeared in the music video “Wait” by Marron 5 in 2018, and starred in the romantic comedy When We First Met as Avery Martin, opposite the film’s co-writer Adam DeVine.

Also, she starred in the psychological thriller Night Hunter, which premiered on September 28, 2018, at the LA Film Festival. The next year, she starred in and produced two films. First, the romantic comedy, Can You Keep a Secret? based on the novel of the same name by Sophie Kinsella. And second the horror thriller, We Summon the Darkness directed by Marc Meyers. In 2020, she provided the voice of Lois Lane in the superhero animated film Superman: Man of Tomorrow and starred in the noir film Lost Girls & Love Hotels. Furthermore, she appeared in Songbird, the first film shot in Los Angeles during the COVID-19 pandemic.

In 2021, she appeared in the HBO social satire series, The White Lotus, and the film Die in a Gunfight. Because of her performance in the film, she received widespread critical acclaim alongside the rest of the cast with The Hollywood Reporter. Declaring that her performance should “should redefine how audiences and casting directors see her”. Also, she was nominated for the Primetime Emmy Award for Outstanding Supporting Actress in a Limited Anthology Series or a Movie in 2022.

Alexandra Daddario’s Salary and Net Worth

She has an annual income of $1 million+ and a net worth of $10 million.