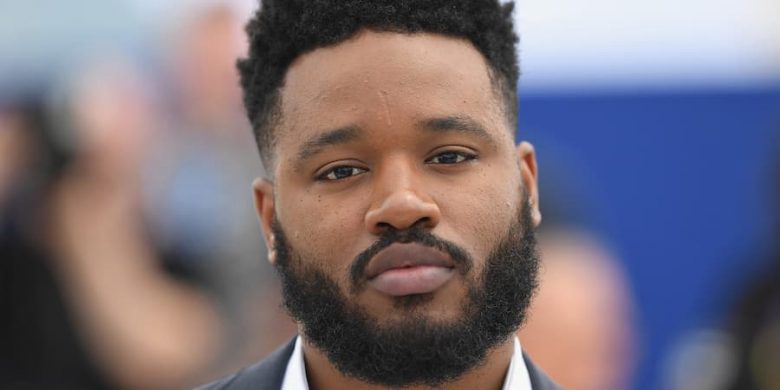 This article will answer every question you have about Ryan Coogler. Below are some of the frequently asked questions about him.

Who is Ryan Coogler?

Ryan Kyle Coogler is a well-known American filmmaker. His first feature film is Fruitvale Station (2013). With this feature, he won the top audience and grand jury awards in the U.S. dramatic competition at the 2013 Sundance Film Festival. Since then he has co-written and directed the 7th film in the Rocky series, Creed (2015), and the Marvel film Black Panther (2018). The Marvel film broke numerous box office records and became the highest-grossing film of all time by an African-American director.

His films have received significant critical acclaim and commercial success. Ryan was included on Time’s list of the 30 people under 30 who are changing the world in 2013. His work has been hailed mostly by African-Americans for centering on often overlooked cultures and characters. In his first three films, he has collaborated with actor Michael B. Jordan, who also appears in the three films. As well as composer Ludwig Goransson.
He was also named the runner-up of Time’s Person of the Year in 2018 and was included in the annual Time 100 list of the most influential people in the world. Ryan together with Zinzi Coogler, and Sev Ohanian founded multimedia company Proximity Media in 2021, to help create event-driven content across various platforms.

How Old is Ryan Coogler?

He is 35 years old as of March 2022, having been born on May 23, 1986, in Oakland, California, U.S. Ryan shares his birthdate with celebrities such as; James Charles,  Jason Nash, Bene Schulz,  Aaron Hull, Keilly Alonso, and many more.

Who are Ryan Coogler’s Parents?

He is born to Ira Coogler (Father) is a juvenile hall probation counselor. And Joselyn Coogler (Mother) is a community organizer. Both of his parents graduated from California State University, Hayward.

Does Ryan Coogler have Siblings?

He has two brothers, Keenan, and Noah.

He received his high school education at Saint Mary’s College High School in Berkeley, California where he did well in math and science. After graduating from high school, he attended Saint Mary’s College in Moraga, California. He then transferred to California State University, Sacramento, where he obtained a bachelor’s degree in finance. After graduating, Ryan was accepted into a three-year master’s program at the USC School of Cinematic Arts, where he made a series of short films.

He has been married to the love of his life Zinzi Evans. Since 2016.

He has two children with his wife Zinzi, Sienna, and Win.

Ryan directed four short films while at USC School of Cinematic Arts, three of which won or were nominated for various awards. Locks (2009) won the Dana and Albert Broccoli Award for Filmmaking Excellence. Fig (2011) won the HBO Short Film Competition at the American Black Film Festival, the DGA Student Film Award, and was nominated for Outstanding Independence Short Film at the Black Reel Awards. Gap (2011) won the Jack Nicholson Award for Achievement in Directing.

A Career at Fruitvale Station

His first feature-length film, Fruitvale Station (originally titled Fruitvale). The film is a story of the last 24 hours of the life of Oscar Grant, who was shot to death by a police officer at Oakland’s Fruitvale BART station on January 1, 2009. The film was produced by Oscar-winning actor Forest Whitaker. It premiered at the 2013 Sundance Film Festival, where it won the top Audience Award and Grand Jury Prize in the dramatic competition.

After the film’s release, it won various awards including; Best First Feature from the Independent Spirit Awards, Breakthrough Director at the Gotham Awards, Best Film at the New York Film Critics Circle Awards, and many others. The film received numerous acclaims such as; Peter Travers of Rolling Stone called the film “a gut-punch of a movie”, and “an unstoppable cinematic force”. Todd McCarthy of The Hollywood Reporter called it “a compelling debut”, and “a powerful dramatic feature film”. After its theatrical run, Fruitvale Station grossed over $17 million. And also appeared on several critics’ top ten list of the best films of 2013.

A Career at Creed

A Career at Black Panther

Ryan signed on to co-write, and direct the Marvel Cinematic Universe film, Black Panther in January 2016. This made him the youngest Marvel Studios filmmaker. Production of the film began in January 2017, starring Chadwick Boseman as the titular character. In 2018, Black Panther was released starring Michael B. Jordan as the main antagonist Erik Killmoner, thereby having starred in all of Ryan’s feature films.

Upon its release, the film grossed the 5th largest opening weekend box-office results of all time and the second-highest four-day gross in history. In March 2018 after the release of A Wrinkle in Time, it was the first time the top two films topped at the box office which is directed by an African-American filmmaker. Ryan for Black Panther, and Ava DuVernay for A Wrinkle in Time. The film was awarded four out of four stars by Brian Truitt of USA Today and called it Marvel Studios’ best origin film since Guardians of the Galaxy. It was also noted for its representation of black people and subject matter related to Afrofuturism.

A Career in Other works and Future Projects

He has served as an executive producer on the ESPN 30 for 30 films, The Day the Series Stopped. Ryan said in January 2013 that he was working on a graphic novel and young adult novel about an undisclosed subject matter. For a fourth time, he will work with Michael B. Jordan in the upcoming film Wrong Answer, based on the Atlanta Public Schools cheating scandal.

Also in 2018, Kevin Feige confirmed that Marvel Studios plans to create a sequel to Black Panther once Ryan returns to direct it. He had completed a deal to write and direct a sequel of Black Panther in October 2018, which is titled Black Panther: Wakanda Forever. He also served as an executive producer on Creed II and has written the story outline for the upcoming CreedIII. Ryan has served as a producer on Judas and the Black Messiah, and on the Space Jam sequel Space Jam: A New Legacy, starring LeBron James. His production company signed an exclusive five-year deal with Disney in February 2021, to produce content for them. This includes a Disney+ television series based in Black Panther’s home country of Wakanda.

Ryan Coogler Salary and Net Worth