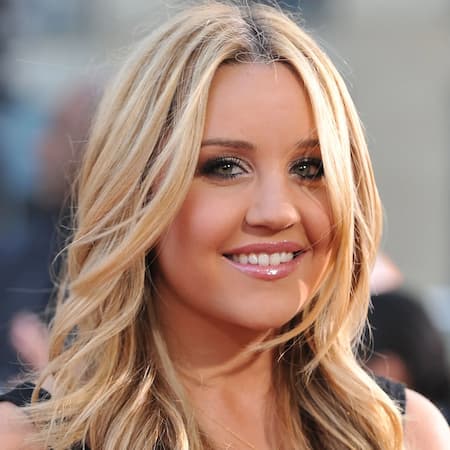 This article will answer every question you have about Amanda Bynes. Below are some of the frequently asked questions about her.

Who is Amanda Bynes?

Amanda Laura Bynes is a notable American actress. She is well-known for her work in television and film throughout the 1990s, and 2000s. Amanda began her career as a child actress, working on the Nickelodeon sketch comedy series All That (1999-2002) for which she received several acknowledgments.

During her mid-teens, she played Holly Tyler in The WB sitcom What I Like About You, from 2002 to 2006. She then made her film debut in the comedy Big Fat Liar (2002). Amanda went on to star in a number of successful films including; What a Girl Wants (2003), Robots (2005), She’s the Man (2006), Hairspray (2007), and Easy A (2010).
In her life, she has struggled with substance abuse and has faced legal issues. In 2010, she announced an indefinite hiatus from acting as she struggled with various personal problems. Amanda then expressed her interest in returning to television acting in 2018.

How Old is Amanda Bynes?

She is 35 years old as of March 2022 having been born on April 3, 1986, in Thousand Oaks, California, U.S. Bynes shares her birthdate with celebrities such as; Emily Dobson, Brennen Taylor,  Christopher Romero, Kristopher London, Paris Jackson, and many more.

Who are Amanda Bynes’s Parents?

She is born to Rick Bynes (Father) a dentist, and Lynn Organ (Mother) a dental assistant and office manager.

Does Amanda Bynes have Siblings?

She is the youngest of three children. She has two older siblings, a brother by the name of Tommy Bynes born in 1973, and a sister Jillian Bynes born on February 1, 1983. Her sister is an actress.

She received her high school education at Thousand Oaks High School. She then enrolled at the Fashion Institute of Design & Merchandising (FIDM). And later at Young Actors Space.

She is currently engaged to Paul Michael II, since 2020.

She currently has no kids. In case of new news regarding this matter, we will update it here as soon as possible.

At the age of 7, Bynes began professionally acting, appearing in a television advertisement for Buncha Crunch candies. She has appeared on stage in various versions of Annie during her childhood. Some of them include; The Secret Garden, The Music Man, and The Sound of Music. From 1996 to 2000, she played various roles in the Nickelodeon sketch comedy series “All That”. And in 2000, Bynes won a Kids’ Choice Award. She starred in the All That spin-off comedy The Amanda Show, at the age of 13, from 1999-2002.

For her breakthrough on the show, she earned four Kids’ Choice Awards and 2, Young Artist Award nominations. Her feature film debut was in 2002, in Big Fat Liar, where she starred as Kaylee, a best friend of co-star Frankie Muniz’s character. That year also, Bynes landed a starring role in the WB sitcom What I Like About You from 2002 to 2006. The series gained positive reviews and Amanda received a number of nominations from the Teen Choice Awards and the Young Artist Awards. Amanda appeared on the cover of Vanity Flairs in the July 2003 edition. In 2005 she had a voice role in the animated film Robots, a voice role as Piper Pinwheeler. She also starred in the romantic comedy Love Wrecked in 2005.

In 2006, Amanda was named one of Teen People’s “25 Hottest Stars Under 25”. That same year she starred in the spot comedy film She’s the Man, based on William Shakespeare’s Twelfth Night. Bynes starred as Penny Pingleton in 2007, as a sheltered young girl in the musical comedy film Hairspray. The film premiered in over 3,000 theatres, making it the largest debut for any musical film. The film went on to become Bynes’ most successful film at the time. She and the rest of the cast were acclaimed for their performances. She received a Screen Actors Guild Award nomination in 2008 and won the Critics’ Choice Award for Best Acting Ensemble.

In 2007 August, Amanda teamed up with Steve & Barry to create her own fashion line called Dear, consisting of apparel and accessories. In 2008, the line was cut short after Steve & Barry filed Chapter 11 bankruptcy. Her next role was in another comedy “Sydney White” released in 2007. Bynes appeared in the Lifetime Television movie Living Proof in 2008, as the student assistant of Harry Connick, Jr’s character. The following year in 2009, she was set to star in the comedy Post Grad, but dropped with no reason, and was therefore replaced by Alexis Bledel. In 2010, Bynes co-starred alongside Emma Stone in the comedy Easy A. In the film, she starred as Marianne Bryant, a popular and judgmental high school student. Amanda announced in July 2010, her indefinite break from acting, but later in 2018, stated that she intended to return to television acting.

Amanda Bynes Salary and Net Worth

At the top of her career, she earned between $2 and $3 million per year. She has a net worth of $3 million.