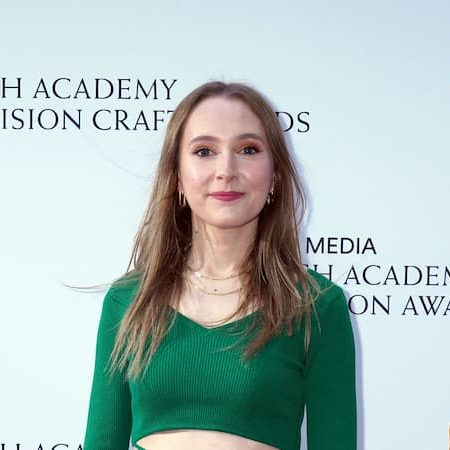 This article will answer every question you have about Rose Ayling-Ellis. Below are some of the frequently asked questions about her.

Who is Rose Ayling-Ellis?

Rose Lucinda Ayling-Ellis is a British eminent actress. Being deaf since birth, she is a British Sign Language user. She is best known for playing the role of Frankie Lewis in the BBC soap opera EastEnders (2020 to present). In 2021, she became the first deaf contestant to appear on Strictly Come Dancing and with Giovanni Pernice, won the 19th series. Moreover, she became the first celebrity in 2022, to sign a bedtime story on CBeebies. Furthermore, she is the recipient of the Visionary Honours for Inspirational Person of the Year and a Bafta TV Award.

How Old Is Rose Ayling-Ellis?

She is 27 years old as of August 2022, having been born on November 17, 1994, in Hythe, Kent, England. Rose shares her birthdate with celebrities such as; Logan Thirtyacre, Danny DeVito, RuPaul, Rachel McAdams, FGTeeV Shawn, and many more.

Who are Rose Ayling-Ellis Parents and Siblings?

She received her education at The John Wallis Academy Academy. Later she graduated with a First BA (Hons) in Fashion Design in 2016.

Her first role was in a short film called The End directed by deaf filmmaker Ted Evans. The 25-minute short is summarised as: “Starting in the 1980s, The End follows four deaf children over 60 years”. Since then, she has taken part in a number of stage productions including, Mother Courage (Royal Exchange); Faith, Hope, And Charity R&D (National Theatre), and Herons Workshop (Lyric Hammersmith). Her other television credits include; Summer of Rockets and Casualty. Moreover, she appeared in The Vamps music video for “Middle of the Night” and in the short film Almost with Vilma Jackson. Since 2020, she has been playing in the BBC soap opera EastEnders in the character of Frankie Lewis.

Her character originally was written by the deaf journalist and scriptwriter Charlie Swinbourne. Furthermore, she became the first deaf contestant in 2021 on BBC’s Strictly Come Dancing. And participated in and won the show’s 19th series with professional Giovanni Pernice. In week 6, she and Pernice scored 40 (full marks) for their tango which was the earliest “perfect score” in the show’s history. In week 8, their Couple’s Choice dance featured a period of silence included as a tribute to the deaf community. This earned them the 2021 Heat Unmissables Award for TV Moment of the Year and a British Academy Television Award for Virgin TV’s Must-See Moment in 2022.

Adding up to her well-curved and beautiful body, she stands at an approximate height of 5ft 5inches (1.65m) and a weight of 55kg (121lbs).

Rose Ayling-Ellis Salary and Net Worth