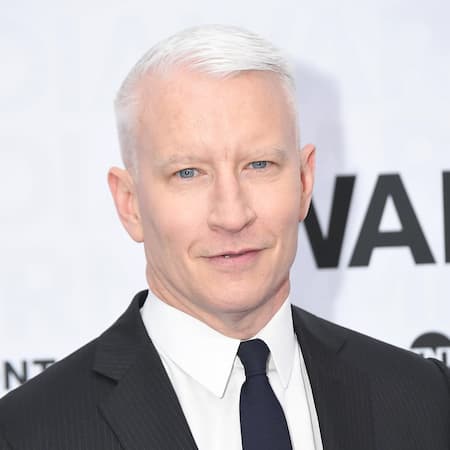 This article will answer every question you have about Anderson Cooper. Below are some of the frequently asked questions about him.

Who is Anderson Cooper?

Anderson Hays Cooper is a well-known American broadcast journalist and political commentator from the Vanderbilt family. He is the primary anchor of the CNN news broadcast show Anderson Cooper 360°. In addition to his duties at CNN, he serves as a correspondent for 60 Minutes on CBS News. In 1989, he began traveling the world shooting footage of war-torn regions for Channel One News.

He was hired by ABC News In 1995 as a correspondent but he soon took more jobs throughout the network working for a short time as a co-anchor, reality game show host, and fill-in morning talk show host. He went on to join CNN in 2001, where he was given his own show, Anderson Cooper 360°. Since 2003, he has remained the show’s host and has developed a reputation for his on-the-ground reporting on breaking news events with his coverage of Hurricane Katrina caused his popularity to sharply increase. Because of his coverage of the 2010 Haiti earthquake, he received a National Order of Honour and Merit, the highest honor granted by the Haitian government. Moreover, he served as the host of his own syndicated daytime talk show called Anderson Live from September 2011 to May 2013.
Furthermore, Anderson has won 18 Emmy Awards and two Peabody Awards as well as an Edward Murrow Award from the Overseas Press Club in 2011. In 2012, he came out as gay, thus becoming “the most prominent openly gay journalist on American television” at the time, according to The New York Times. In addition, he became the first openly LGBT person to moderate a presidential debate in 2016 and has received several awards from the LGBT rights organization GLAAD.

How Old Is Anderson Cooper?

He is 55 years old as of August 2022, having been born on June 3, 1967, in New York City, U.S. Anderson shares his birthdate with celebrities such as; Zoe LaVerne, Louis Partridge, Sariyah Yaya Panton, Jazzy Skye, Chase Mattson, and many more.

Who are Anderson Cooper’s Parents?

Does Anderson Cooper have Siblings?

He received his high school education at The Dalton School. After high school, he attended Yale University where he majored in political science and graduated with a Bachelor of Arts in 1989. Later, he studied the Vietnamese language at Vietnam National University, Hanoi.

He is openly gay.

A Career at Channel One

After he graduated from Yale, he tried to gain entry-level employment with ABC answering telephones but was unsuccessful. After finding it hard to get his foot in the door of on-air reporting, he decided to enlist the help of a friend in making a fake press pass. And at that time, Anderson worked as a fact checker for the small news agency Channel One, which produces a youth-oriented news program. He then went on and entered Myanmar on his win with his forged press pass where he met students fighting the Burmese government. After reporting from Myanmar, next, he lived in Vietnam, for a year to study. In 1992, he returned to filming stories from a variety of war-torn regions around the globe, including; Somalia, Bosnia, and Rwanda.

A Career at ABC

After his time on Channel One, he became a correspondent for ANC News in 1995. He then eventually rose to the position of co-anchor on its overnight World News Now program on September 21, 1999. The next year, he switched career paths where he took a job as the host of ABC’s reality show, The Mole. In 2007, he was also a fill-in co-host for Regis Philbin on Live with Regis and Kely. When Regis underwent triple-bypass heart surgery. As of 2019, he still periodically serves as a guest co-host on Live when one of the two hosts cannot go to work.

A Career at CNN

He joined CNN in 2001, commenting “Two seasons was enough, and 9/11 happened, and I thought I needed to be getting back to news”. Thus his position at CNN was to anchor alongside Paula Zahn on American Morning. In 2002, he went on to become CNN’s weekend prime-time anchor. Nevertheless, since 2002 he has hosted CNN’s New Year’s Eve special from Times Square.

A Career at Anderson Cooper 360°

He became the anchor of Anderson Cooper 360° on September 8, 2003, on CNN. He then went on to cover a number of important stories in 2005. This included; tsunami damage in Sri Lanka; the Cedar Revolution in Beirut, Lebanon; the death of Pope John Paul II; and the royal wedding of Prince Charles and Camilla Parker Bowles. In August 2005, he covered the Niger famine from Maradi.

That same year during CNN coverage of the aftermath of Hurricane Katrina, he confronted Sen. Mary Landrieu, Sen. Trent Lott, and the Reverend Jesse Jackson about their perception of the government response. Also 2005 in September, the format of CNN’s NewsNight was changed from 60 to 120 minutes to cover the unusually violent hurricane season. In early 2007, Anderson signed a multi-year deal with CNN that would allow him to continue as a contributor to 60 Minutes as well as doubling his salary from $2 million annually to a reported $4 million.

A Career at CNN Heroes: An All-Star Tribute

In 2007, he began hosting CNN Heroes: An All-Star Tribute. This is a show which honors and recognizes extraordinary deeds by ordinary people.

A Career at Planet in Peril documentary

That same year in October, he began hosting the documentary Planet in Peril with Sanjay Gupta and Jeff Corwin on CNN. He, Gupta, and Lisa Ling from National Geographical Explorer teamed up in 2008. For a sequel, Planet in Peril: Battle Lines which premiered in December 2008.

Warner Bros. and Telepictures announced in September 2010, that Anderson had signed an agreement to host a nationally syndicated talk show. Brian Steller (journalist, at the time employed by Ther New York Times, and now by CNN) reported on Twitter. That the new Warner Bros. daytime talk show would be named Anderson (now titled Anderson Live). On September 12, 2011, the show premiered and as part of negotiations over the talk show deal, Anderson signed a new multi-year contract with CNN to continue as the host of Anderson Cooper 360°. It was announced on October 29, 2012, that Anderson Live would end at the conclusion of its second season. On May 30, 2013, the final Anderson Live aired.

A Career at New Years’ Eve

A Career at 60 Minutes

Since 2007, he has been a correspondent for the CBS News program 60 Minutes. While concurrently serving as a CNN anchor and correspondent.

A Career in AC2

Andy Cohen and Anderson announced that they would be going on a national tour. To perform their conversational stage show AC2 beginning in March 2015. Therefore, the tour opened in Boston, followed by Miami Beach, Chicago, and Atlanta. Since then, the two-man show has continued to tour, reaching more than fifty cities as of October 2018.

In 2011, he was the narrator for the Broadway revival of How to Succeed in Business Without Really Trying. Directed by Rob Ashford and starred Daniel Radcliffe.

In addition to his television career, he is a freelance writer. And has authored a variety of articles that have appeared in many other outlets, including Details magazine. In May 2006, he published a memoir for HarperCollins, Dispatches from the Edge. On June 18, 2006, the book topped The New York Times Best Seller list. He and his mother, Gloria Vanderbilt co-authored The Rainbow Comes and Goes: A Mother and Son on Life, Love, and Loss in 2017.

A Career at Jeopardy!

Anderson served as a guest host on Jeopardy1 from April 19-30, 2021, following the death of Alex Trebek.

Anderson Cooper Salary and Net Worth