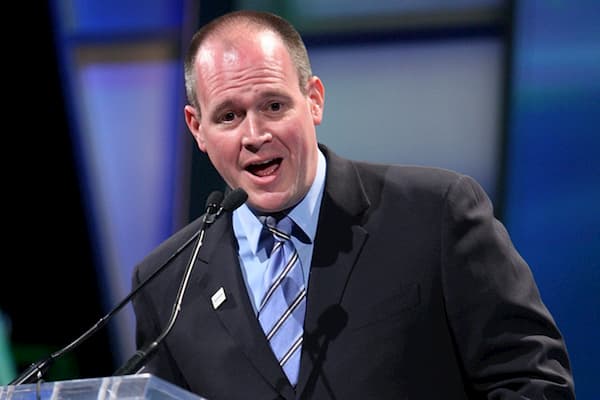 Rich Eisen is an American television Journalist for the NFL Network, CBS Sports and NBC Sports, actor, and writer. He is also a TV/radio host for DirecTV, FOX Sports Radio, Sirius Radio, and NFL Now.

Eisen is also known for Draft Day (2014), The Kid (2000) and That’s My Boy (2012). He had a recurring role as himself on the CBS sitcom The Odd Couple from 2015 to 2017. Eisen played the arch-rival of fictional sports radio personality Oscar Madison (Matthew Perry). He has appeared on multiple episodes of Comedy Central’s @midnight since 2016. Rich co-hosted The American Rescue Dog Show on The Hallmark Channel with model/actress Rebecca Romijn.

Early in his career, Eisen was first a staff writer for the Staten Island Advance from 1990 to 1993, and then the Chicago Tribune in 1993 and 1994. From 1994 to 1996, he was a sports anchor and reporter at KRCR-TV in Redding, California. He also worked in television as the Medill News Service’s Washington correspondent (1994).

At ESPN, he was part of a duo with Stuart Scott and became well known for his humor. He was most noted for his impressions of Atlanta Braves broadcaster Skip Caray and provided interviews during the Home Run Derby. Eisen was also the host of Major League Baseball and as a guest host on The Tony Kornheiser Show and also The Dan Patrick Show. He also hosted the ABC show Domino Day.

Rich was broke the news of St. Louis slugger Mark McGwire’s retirement from baseball in 2001 on SportsCenter. He sat down days later with McGwire for an exclusive interview elaborating on the decision.

Eisen was born to Joel Eisen who died in December 2019.

Eisen attended the University of Michigan where he graduated in 1990 with a bachelor of arts degree. At school, he served as co–sports editor of the school’s Michigan Daily and member of the Pi Kappa Phi fraternity. He also earned a master of science degree in journalism from the Medill School of Journalism at Northwestern University in 1994.

Eisen married Emmy Award-winning broadcaster, Suzy Shuster on 8 June 2003. Suzy was formerly a college football sideline reporter for ESPN on ABC. Eisen and Suzy have three children together, two sons and a daughter. Eisen lives with his family near Coldwater Canyon in Beverly Hills, California.

He was the first on-air talent added to the NFL Network roster in June 2003. He is also the face of the 24-hour, seven-day-a-week cable and satellite channel dedicated to football that began airing in November 2003. Until August 2011, he was the main host of the show, NFL Total Access, the network flagship program. He also signed a new long-term deal with NFL Network in 2010 and he became the new host of NFL GameDay Morning, the first pregame show on the NFL Network. He remains the host of NFL Total Access and NFL GameDay Highlights, as well as NFL Network’s Thursday Night Football pregame, halftime, and postgame shows.

He expanded his résumé in 2010 with the debut of “The Rich Eisen Podcast,” the first-ever podcast for NFL.com. It is a weekly podcast that is available on NFL.com and iTunes. It
features guests from the world of sports and entertainment news talking football and all the latest headlines. Since its airing, the podcast has been downloaded more than 7 million times and celebrated its 200th episode in 2013.

His first Thanksgiving Special aired on the NFL Network in November 2012 with a variety of celebrity guests talking mostly sports and current events.

Former football running back Terrell Davis challenged him to compete in the 40-yard dash at the NFL Scouting Combine in 2005. Eisen has since run it annually, wearing a suit. He turned this annual sprint into a charitable campaign “#RunRichRun” which raises money for St. Jude Children’s Research Hospital. Through this campaign, he has already raised over $480,000 and was honored with the 2017 Pat Summerall Award for his work.

He began a new sports talk TV/radio show, The Rich Eisen Show on October 6, 2014. It is broadcast live from DirecTV’s El Segundo, California Studios on Audience Network, and NFL Now. The show was picked up by Fox Sports Radio on November 3, 2014, and broadcast daily from noon-3 p.m. ET.

Eisen earns an annual salary of $5 million from the NFL network.

The very well known sportscaster who lives in a $7.7 million house, has a reasonable amount of wealth. He has an estimated net worth of $20 million.