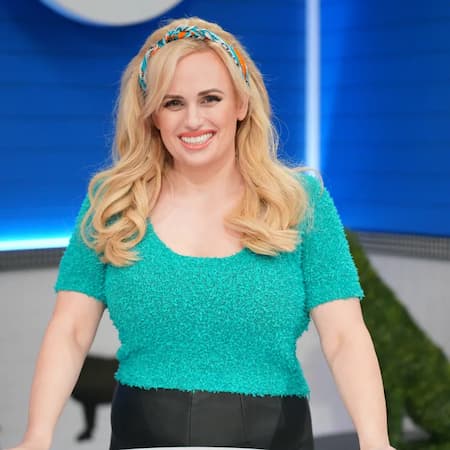 This article will answer every question you have about Rebel Wilson. Below are some of the frequently asked questions about her.

Who is Rebel Wilson?

Rebel Melanie Elizabeth Wilson, is a notable Australian actress, comedian, singer, writer, and producer. After graduating in 2003, from the Australian Theatre for Young People, she began appearing as Toula in the SBS comedy series Pizza (2003-2007, 2019). Later in the sketch comedy series The Wedge (2006-2007). Wilson wrote, produced, and starred in the musical comedy series Bogan Pride (2008). She appeared in the comedy films Bridesmaids and A Few Best Men, both in 2011, shortly after moving to the United States.

Rebel in 2012 appeared in the comedy films; What to Expect When You’re Expecting, Struck by Lightning, and Bachelorette. This led to Variety naming her one of their “Top Ten Comics to Watch for 2013”. Wilson played the role of Fat Amy in the musical comedy Pitch Perfect film series (2012-2017). For the role, she earned herself several award nominations and wins including the; MTV Movie Award for Best Breakthrough Performance and a Teen Choice Award for Choice Movie Actress.
Wilson in 2016 appeared in the films How to Be Single and Grimsby. She also wrote and starred in Super Fun Night (2013), a television sitcom that aired for one season on ABC. Rebel starred in 2019, in her first lead role as Natalie in Isn’t It Romantic, and appeared as Penny Rust in The Hustle and Jennyanydots in Cats. For playing Fraulein Rahm in the drama film Jojo Rabbit (2019), she was nominated for the Screen Actors Guild Award for Outstanding Performance by a Cast in a Motion Picture.

How Old is Rebel Wilson?

She is 42 years old as of March 2022, having been born on March 2, 1980, in Sydney, New South Wales, Australia. Wilson shares her birthdate with celebrities such as; Savannah LaBrant, Becky G, Nikkie De Jager, Dr. Seuss, Jon Bon Jovi, and many more.

Who are Rebel Wilson’s Parents?

She was born to Sue Bownds (Mother). However, her father’s name is not added yet. Her parents are professional dog handlers.

Does Rebel Wilson have Siblings?

She has three siblings, a brother by the name of Ryot Wilson. And two sisters by the names of Annachi Wilson, and Liberty Wilson.

She received her high school education at Tara Anglican School for Girls. In 1997, she completed her Higher School Certificate, achieving a ranking of 99.3 including a second place in the state in Food Technology. She graduated in 2009 from the University of New South Wales, with Bachelor of Arts (Theatre and Performance Studies) and Bachelor of Laws degrees. Wilson also studied at the Australian Theatre for Young People (ATYP).

She is currently dating Matt Reid.

She does not have kids currently. In case of new news regarding this matter, we will update it here as soon as possible.

She studied at the Australian Theatre for Young People (ATYP). And in 2003, after winning the ATYP International scholarship, she moved to New York. While in New York, Rebel trained with The Second City. She performed at the Melbourne International Comedy Festival and appeared with the Sydney Theatre Company. In 2002, is when she came to the public’s attention with her stage musical The Westie Monologues, which she wrote. Her follow-up stage productions include; Spunks and Confessions of an Exchange Student, which she wrote, produced and starred in. Wilson is mostly known in Australia for her roles as Toula on the SBS comedy series Pizza. Also as various characters including Lucy, Fat Mandi, and Karla Bangs on the sketch comedy series The Wedge.

From 2004 to 2005, she played an Australian Idol mad schoolgirl in a series of Telstra advertisements shown during Australian Idol. Rebel also had roles in the feature films Ghost Rider and Fat Pizza. Wilson created, wrote, produced, and starred in 2008, in the musical comedy series Bogan Pride on SBS One. She also starred in the improvisational Nine Network series Monster House. Rebel won the Tropfest Best Actress award in 2009, for her role in the film Bargain. She had made appearances on the comedy game show Talkin’ ‘Bout Your Generation and on the improvisational comedy show Thank God You’re Here. Wilson has also performed stand-up on the television special The Breast Darn Show.

Wilson signed to talent and literary agents William Morris Endeavor, after moving to the United States. Her next film role came in the Judd Apatow film Bridesmaids, in which she played Brynn, the sister of Matt Lucas’ character. Rebel in early 2011, filmed A Few Best Men at Fox Studios Australia. And also filmed a role in Small Apartments. Variety magazine named Wilson one of their “Top Ten Comics to Watch for 2011”. She had a role in 2012, in the ensemble comedy What to Expect When You’re Expecting, as Janice and co-starred in the indie film Struck By Lightning. Borys Kit of The Hollywood Reporter reported on August 19, 2011, that Wilson had replaced Casey Wilson in Bachelorette.

Also in 2012, she played Fat Amy in Pitch Perfect and voiced a character in Ice Age Continental Drift. For the latter role, she received critical acclaim and earned various award nominations. This includes; Best Supporting Actress from the San Diego Film Critics Society and Best Actress in a Comedy from the Broadcast Film Critics Association. She also shared the Best Musical Moment award with her Pitch Perfect co-stars and won the MTV Movie Award for Best Actor in a Movie. Rebel was also nominated for MTV Movie Award for Best Performance. At the 2013 Teen Choice Awards, she won the Choice Movie Actress: Comedy award for Pitch Perfect. And also had been nominated for Choice Comedian at the 2013 Teen Choice Awards.

Michael Ausiello of TVLine announced in January 2012, that Wilson would be writing and starring in Super Fun Night. A comedy that follows three friends on a quest to have fun every Friday night. After one season, the series was canceled. She played Robin Peck in Michael Bay’s Pain & Gain (2013), and on April 14, 2013, hosted the 2013 MTV Movie Awards. The American Satelite television network Dish Network launched a marketing campaign for its Hopper DVR in March 2014, featuring Wilson as the voice of the eponymous computer-animated kangaroo. She reprised her role in the sequels Pitch Perfect 2 (2015) and Pitch Perfect 3 (2017).

She joined the voice cast for Kung Fu Panda 3 but was replaced in September 2015 with Kate Hudson. Her next appearance was in the ensemble comedy released in February 2016, How to Be Single. Rebel on February 14, 2016, presented the nominations for the Best Supporting Actor category at the 69th British Academy Film Awards. She is one of 60 celebrities who make a cameo in Absolutely Fabulous: The Movie. On June 3rd, 4th, 5th, and 6th, 2016, Wilson appeared as Ursula, the sea witch in an all-star concert version of The Little Mermaid at the Hollywood Bowl.

From June 28 to August 21, 2016, Rebel made her West End debut in the musical Guys and Dolls in the role of Miss Adelaide. On 25-26 May 2018, at the Hollywood Bowl, she played LeFou in a production of Beauty and the Beast: Live in Concert. For the first time, she appeared on the cover of Vogue Australia. In 2019, she starred in two comedies. The first Isn’t It Romantic was released in February. And in May, she starred alongside Ane Hathaway in The Hustle. Approaching the end of 2019, Wilson played Jennyanydots in the musical film Cats and Fraulein Rahm in Taika Waititi’s dark comedy-drama Jojo Rabbit. She stars in the Netflix comedy film Senior Year released in May 2022.

A Career in Upcoming Projects

It was rumored in 2014, that Rebel would appear in a remake of Private Benjamin. Also that same year it was rumored that she had been cast in The Social Life alongside Amanda Seyfried. It was announced in 2018, that she will produce and star in a feature film adaptation of the Image Comics comic book Crowded.

Rebel Wilson Salary and Net Worth