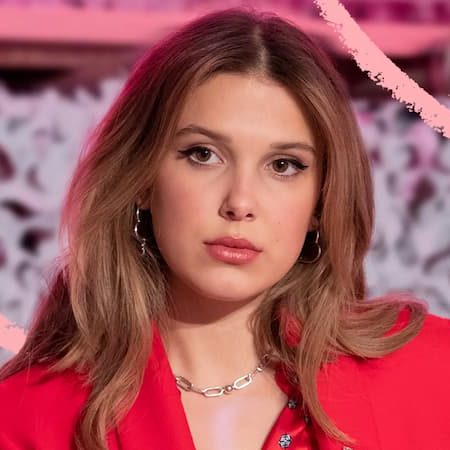 This article will answer every question you have about Millie Bobby Brown. Below are some of the frequently asked questions about her.

Who is Millie Bobby Brown?

Millie Bobby Brown is a well-known British actress and model. She was featured in the Time 100 list of the world’s most influential people in 2018. And was appointed as a UNICEF Goodwill Ambassador, the then youngest person selected for this position.

Following a series of guest roles on television, Millie achieved acclaim for her role as Eleven in the Netflix sci-fi drama series Stranger Things (2016-present). This earned her two Primetime Emmy Award nominations for Outstanding Supporting Actress in a Drama Series. And two Screen Actors Guild Award nominations for Outstanding Performance by a Female Actor in a Drama Series. Millie is one of the youngest nominees for the award.
She made her feature debut with a lead role in the monster film Godzilla: King of the Monsters (2019). And repeated the role in the sequel Godzilla vs. Kong (2021). Brown also starred in and produced the Netflix mystery film Enola Holmes (2020).

How Old is Millie Bobby Brown?

She is 18 years old as of March 2022, having been born on February 19, 2004, in Marbella, Spain. Brown shares her birthdate with celebrities such as; Victoria Justice, Twan Kuyper, Royalty Johnson, Ashnikko, and many more.

Who are Millie Bobby’s Parents?

She is born to Robert Brown (Father) and Kelly Brown (Mother)

Does Millie Bobby Brown have Siblings?

She has three siblings, a brother by the name of Charlie Brown. And two sisters by the names of Paige Brown, and Ava Brown.

She is currently dating Jake Bongiovi.

Brown made her acting debut in 2013, as a guest star in the ABC fantasy drama series Once Upon a Time in Wonderland, portraying the role of Young Alice. She then in 2014 had a starring role in the BBC America paranormal drama-thriller series Intruders as Madison O’Donnell. Bobby made guest appearances in the CBS police procedural drama NCIS, the ABC sitcom Modern Family, and the ABC medical drama series Grey’s Anatomy. Brown was cast to play Eleven in the Netflix science fiction-horror series Stranger Things in 2016.

She won the 43rd Saturn Award for Best Performance by Young Actor in a Television Series and won the Screen Actors Guild Award for Outstanding Performance by an Ensemble in a Drama Series with her co-stars. Millie starred in the music video for Sigma and Birdy’s single “Find Me” in November 2016. And since November 2016, she has appeared in commercial advertisements for Citigroup. Brown made her modeling debut in January 2017, in Calvin Klein’s “By Appointment” campaign. And the following month she has signed to the agency IMG Models. In the summer of 2018, she appeared in the Italian brand Moncler.

Brown was cast to star in and produce the film adaptation of The Enola Holmes Mysteries in January 2018. She was also chosen to voice in Darren Aronofsky’s virtual reality experience Spheres: Songs of Spacetime. Millie was named one of the 100 most influential people in the world by Time magazine on April 20, 2018, thereby becoming the youngest person to be included in the list. In addition, Time magazine named her as one of the most influential teens of 2017, and of 2018. The Hollywood Reporter ranked Brown as among Hollywood’s top thirty stars under age 13 in 2018. Her feature film debut was in 2019, in Godzilla: King of the Monsters, a sequel to the 2014 film Godzilla.

In the next sequel, she reprised her role in Godzilla vs. Kong (2021). Brown in March 2019, became the ambassador of UEFA’s Together #WePlayStrong campaign. Also in 2019, she launched her own beauty product line “Florence by Mills”. It is currently available at UK pharmacy Boots. It was announced on July 28, 2020, that Millie would star in and produce through her PCMA Productions a suspense film titled The Girls I’ve Been. She will also star and executive produce the fantasy film Damsel for Netflix based on a screenplay by Dan Mazeau. It was announced on May 13, 2021, that Millie would reprise her role as Enola Holmes in the sequel Enola Holmes 2.

She has an estimated salary of $1 million per year and a net worth of $10 million.