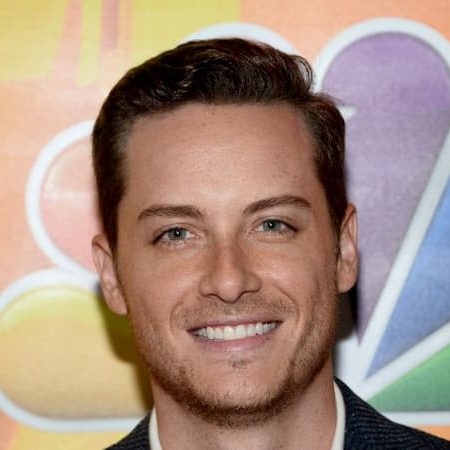 This article will answer every question you have about Jesse Lee Soffer. Below are some of the frequently asked questions about him.

Who is Jesse Lee Soffer?

Jesse Lee Soffer is an American eminent actor. He is notably known for portraying Will Munson on the CBS soap opera As the World Turns and received three Emmy nominations for his work on the show. Since 2014, he has starred in the NBC drama Chicago P.D. as Jay Halstead and guest-starred on Chicago P.D. crossover episodes with Chicago Med and Chicago Fire, as part of the main cast. Moreover, he is known for his role as Bobby Brady in the comedy The Brady Bunch Movie and its sequel A Very Brady Sequel.

How Old Is Jesse Lee Soffer?

Who are Jesse Lee Soffer’s Parents?

Does Jesse Lee Soffer have Siblings?

He has four siblings. Two younger half-sisters by the name Shayne A. Hindes and Jenna Hindes, both from his mother’s second marriage. And two elder half-siblings by the name Craig Soffer and Melisa Soffer from his father’s first marriage.

He received his high school at The Frederick Gunn School where he graduated in 2003. There, he played soccer and was named to the all-star team (prep school category) during his senior season. After high school, he took classes at New York University.

According to news on the internet, it shows that he is possibly single. But has been in several relationships.

At age 6, he began his acting career when he landed a Kix cereal commercial. At the age of eight in 1993, he made his feature film debut with John Goodman and Cathy Moriarty in the comedy Matinee. The next year, he co-starred as Percival in the drama Safe Passage. Next, he co-starred as Boby Brady in the comedy The Brady Bunch Movie in 1995. A year later, he reprised his role in a Very Brady Sequel. He has worked with director Richard Shepard in the AMC TV movie The Royale. In 1998, he was cast as Taylor Donovan with Mary-Kate and Ashley Olsen on the ABC sitcom Two of a Kind.

In 1999, he also originated the role of Max Nickerson on the CBS soap opera Guiding Light. However, he left the show four months later to focus on his studies. After graduating from high school, he returned to his television career. And in 2004, he took over the role of troubled youth Will Munson on the CBS soap opera As the World Turns. He went on to play the role until April 4, 2008. Because of his work on ATWT, he was nominated three times for the Daytime Emmy Award for Outstanding Younger Actor in a Drama Series in 2008. Also a Soap Opera Digest Award nomination for Outstanding Younger Lead Actor in 2005.

He then returned to his film career in 2007, and co-starred with Carly Schroeder in Davis Guggenheim’s sports drama Gracie, based on a true story. In 2010, he reprised his role as Will Munsen on As the World Turns. During his time on As the World Turns, he was cast in an episode of Dick Wolf’s Law & Order: SVU. However, he was unable to film due to a clash in filming commitments. Next, he co-starred in the dystopian science fiction action thriller In Time in 2011. Since then, he has gone on to guest-star on a number of television series including CSI: Miami The Mentalist and Rizzoli & Isles. In 2012, he co-starred as Nate Devlin with Jordana Spiro in the short-lived Fox medical drama The Mob Doctor.

Later that year, he co-starred in Lifetime’s original movie Jodi Arias: Dirty Little Secret as Travis Alexander. It was reported in June 2013, that he had joined the cast on the NBC police procedural drama Chicago P.D., the spin-off show from the drama Chicago Fire as Det. Jay Halstead. On January 8, 2014, Chicago P.D. premiered. NBC renewed the series for a second season on March 19, 2014. And NBC officially announced that the second season would premiere on September 24, 2014. Next, he appeared in the second-season premiere of the YouTube comedy/talk web series Talking Marriage with Ryan Bailey on September 24, 2014.