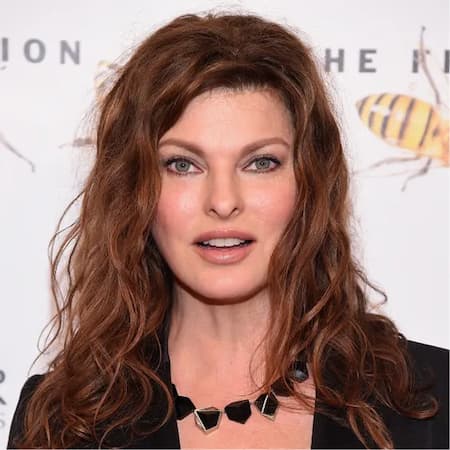 This article will answer every question you have about Linda Evangelista. Below are some of the frequently asked questions about her.

Who is Linda Evangelista?

Linda Evangelista is a Canadian well-known fashion model and one of the top supermodels of the 1990s. Thus, she is regarded as one of the most accomplished and influential models of all time and has been featured on over 700 magazine covers. Moreover, she is primarily known for being the longtime “muse” of photographer Steven Meisel as well as for the phrase: “We don’t wake up for less than $10,000 a day.

In 1984, she began her modeling career when she signed with Elite Model Management after having moved from her native Canada to New York City. Upon the suggestion of photographer Peter Lindbergh, in 1988, she had her hair cut short. The haircut nicknamed “The Linda” not only sparked many copies worldwide but also benefited Linda’s career and helped usher in the era of the supermodel.

During the late 1980s and throughout the 1990s, she was one of the most famous women in the world. In 1998, she retired from her career and made a comeback three years later, this time working only sporadically. In 2008, her achievements led to her being voted “The Greatest Supermodel of All Time” by the viewers of the television show, Fashion File.

How Old Is Linda Evangelista?

She is 57 years old as of August 2022, having been born on May 10, 1965, inSt. Catharines, Ontario, Canada. Linda shares her birthdate with celebrities such as; Emilio Martínez, Iván Martínez, Corey La Barrie (1995-2020), Anna Paul, Brittany Broski, and many more.

Who are Linda Evangelista’s Parents?

She was born to Tomaso Evangelista (her Father, who died on January 17, 2014) and worked for General Motors. And Marisa Evangelista (Mother, born on July 5, 1943) was a bookkeeper.

Does Linda Evangelista have Siblings?

She has two siblings. Two brothers by the names of James and Dan.

She received her education at Denis Morris Catholic High School.

According to news on the internet, it shows that she is currently single. However, she was previously married to Gerald Marie (born in 1950) a former French modeling agency boss and alleged rapist. They married in 1987 but divorced in 1993. Moreover, she has been in several relationships.

She has one kid. A son by the name of Augustin James Evangelista (born in October 2006).

In 1984, she moved to New York City upon signing with Elite where she met the prominent modeling agent John Casablancas who compared her likeness to the model Joan Severance. Elite then moved Linda to Paris, where she launched her international high-fashion career at the age of 19. Her first major fashion magazine cover was for the November 1984 issue of L’Officiel. Furthermore, she has appeared on the covers and on the pages of a variety of international publications, including; Vogue, Harper’s Bazaar, Cosmopolitan, Glamour, Mademoiselle, Elle, W, Marie Claire, Allure, Time, Interview, Newsweek, Rolling Stone, Cigar Aficionado, and i-D.

Linda then met the photographer Steven Meisel in 1986, with whom she forged a friendship. From that point onwards, they began working together on many professional collaborations and Linda became Meisel’s muse in the process. Moreover, Linda has been photographed by Peter Lindbergh, Irving Penn, Francesco Scavullo, Herb Ritts, Bruce Weber, Gian Paolo Barbieri, Patrick Demarchelier, and Paolo Roversi, Norman Parkinson, Arthur Elgort, Gilles Bensimon, Ellen von Unwerth, Sante D’Orazio, and Nick Knight among others.

In the fall of 1988, it was Lindbergh who suggested to Linda that she cut her hair short after seeing her try on a short wig for a photoshoot. However, the haircut was not well received by the fashion industry and thus resulted in Linda being canceled from 16 fashion shows. But by the spring of 1989, her haircut was the look of the season. And the haircut was referred to as “The Linda” and it inspired the creation of a wig called “The Evangelista”.Furthermore, she became known as one of the five supermodels, a group of star models who reached the pinnacle of success during the late 1980s and early 1990s.

She along with Christy Turlington and Naomi Campbell comprised a triumvirate that was dubbed “The Trinity”. And were joined by Cindy Crawford and Tatjana Patitz for the cover of the January 1990 issue of British Vogue, which was photographed by Lindbergh. In May of that year, Linda was chosen as one of the “50 Most Beautiful People in the World” by People. Next, she went on to appear on the Oprah Winfrey Show, where she served as a judge for an Elite model search competition and chose Leslie Bibb as the winner, who later became an actress.

In October 1990, she stunned the fashion world by having the hairstylist Oribe dye her naturally-brown hair platinum blonde. Later after some months, she had her hair dyed a shocking shade of red known as “technicolor red”. It was rumored in 1991, that the fashion house Lanvin paid Linda $20,000 to walk in their haute couture show for the spring/summer season, an amount that was considered excessive. During the latter part of 1991 and throughout 1992, Linda was seen on several different billboards for the fashion brand Kenar, in the center of Times Square.

Linda and several other supermodels appeared on the cover of the 100th-anniversary issue of Vogue in April 1992. Which remains to this day as the magazine’s highest-selling issue. Next, she appeared in the music video for George Michael’s “Too Funky” song. Towards the end of 1992, her name was immortalized in RuPaul’s song, “Supermodel (You Better Work)”.

In 1993, she made headlines when she traveled to Australia with Claudia Schiffer for a 5-day tour. This included a news conference and a televised fashion show, as part of the grand opening of a department store. She was then one of several supermodels on the cover of Vogue Italia’s 30th-anniversary issue in October 1994. In 1995, she took part in Thierry Mugler’s 20th-anniversary fashion show. And as a presenter at the Miss World 1995 competition. In 1998, she eventually made the choice to retire from modeling and settled on the French Riviera where she spent the next two years.

She made a noteworthy return to the modeling world in 2001, when she appeared on the cover of the September issue of Vogue. That same year also, she helped revive the “What Becomes a Legend Most? ad campaign for Blackglama furs which hadn’t been seen in six years. In 2002, she was in the ad campaign for Versace’s fall/winter collection. Whereas the next year, she was back on the high-fashion runways walking for Versace and Dolce & Gabbana. In 2004, she appeared in the spring/summer ad campaigns for both NARS Cosmetics and Fendi.

And in 2006 appeared along with model Kristen McMenamy on the cover of the book In Vogue: The Illustrated History of the World’s Most Famous Fashion Magazine. Linda made the cover of Vogue in August 2006. Thus becoming the first model to appear on that magazine’s cover in more than a year. Her final runaway appearance was when she participated in the 60th-anniversary fashion show for the Christian Dior brand in 2007. And that year, she signed a multiple-year exclusive contract as the brand ambassador for the cosmetics giant L’Oreal Paris. The next year in May, she made an appearance at the Cannes film festival. Where she posed for photographers on the red carpet along with fellow beauty Aishwarya Rai.

Moreover, she appeared in the September 2008 issue of Vanity Fair for a feature story on supermodels titled “A League of Their Own”. In May 2012, she attended the Met Gala s the special guest of Miuccia Prada, the creative director of the Prada brand who was being honored at the gala. After a three-year hiatus, that month she was on the cover of Vogue Italia. She then went on to attend the Council of Fashion Designers of America awards show in June 2013. There, she presented fashion journalist Tim Blanks with the Media Award. The next year, she was present at the White House Correspondents’ Dinner. And in the fall/winter of 2014, she appeared in the ad campaign for the fashion brand Moschino, photographed by Meisel.

It was announced in October 2014, that Linda had signed on to be a guest judge on the 9th season of the reality television series Australia’s Next Top Model. In October 2015, she appeared on the cover of a book showcasing the work of hat designer Philip Treacy titled Philip Treacy: Hat Designer. In October also, she starred in the campaign for Moschino’s newest fragrance Fresh, photographed by Meisel. Next, she appeared on the cover of Zoo Magazine’s 50th issue photographed in April 2016, by singer and friend Bryan Adams. That same year in November, she was named Creative Director and Vice President of the Erasa Skin Care brand.

Adding up to her well-curved and beautiful body, she stands at a height of 5ft 9¾inches (1.77m) and has unknown weight.

Lisa Evangelista’s Salary and Net Worth