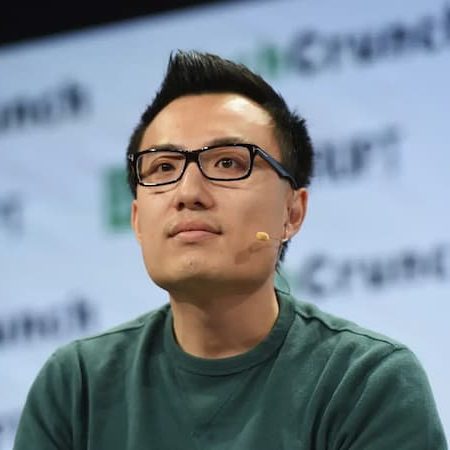 This article will answer every question you have about Tony Xu. Below are some of the frequently asked questions about him.

Who is Tony Xu?

Tony Xu born Xu Xun is a Chinese-American prominent billionaire businessman, and the co-founder and chief executive officer (CEO) of DoorDash. Being born in Nanjing, China, he immigrated to the United States with his parents at the age of five. Early in his career, he interned at Square, Inc., and worked for McKinsey & Company, eBay, and PayPal. In 2020, he was included in Fortune’s “40 Under 40” list. In December 2020, DoorDash had its IPO making Tony’s net worth an estimated $2.8 billion as of April 2021.

How Old Is Tony Xu?

He is 37 years old as of 2022, having been born in 1985, in Nanjing, China. Tony shares his birth year with celebrities such as; Cristiano Ronaldo, Jeffree Star, Bruno Mars, Lana Del Rey, Rosanna Pansino, and many more.

Who are Tony Xu’s Parents?

He was born to Julie Cao (Mother) a doctor who later opened acupuncture and medical clinics in Champaign and the San Francisco Bay Area. His father was a professor in China who studied aerospace engineering and applied mathematics at the University of Illinois Urbana-Champaign. However, his father’s name is not mentioned on the internet.

Does Tony Xu have Siblings?

There is no news on the internet showing whether he has siblings or was born as the only child. In case there is news regarding this matter, we will update it here as soon as possible.

He received his high school education at Lynbrook High School. After high school, he earned his Bachelor of Science degree in industrial engineering and operations research from Berkeley’s College of Engineering. Later, he earned his Master of Business Administration degree from Stanford’s Graduate School of Business in 2013.

He is married to the love of his life Patti Xu. They married in 2013.

He and her wife Patti have two kids. However, one of his kids’ names is not mentioned on the internet.

Early in his career, he interned at the financial services and digital payments company Square, Inc. And went on to complete business development work for the e-commerce app RedLaser. Moreover, he worked as a business analyst for the management consulting firm McKinsey & Company and as a corporate strategy consultant for eBay and PayPal. In 2013, he founded the delivery platform DoorDash with Stanford classmates Andy Fang, Evan Moore, and Stanley Tang; the group had previously worked together to launch the predecessor delivery service PaloAltoDelivery.com in 2012.

Furthermore, Tony continues to be CEO and owns an approximately five percent stake in the company. DoorDash’s initial public offering in 2020 which Tony has been credited for leading and made him a billionaire at the age of 36. As of December 2020, he has voting authority over all Class B shares giving Tony control of DoorDash with 69 percent of the voting interest. Moreover, he was included in Fortune’s “40 Under 40” list in 2020.

A Career at Board service and Investments

In addition to the DoorDash board of directors, he is a board member of the Silicon Valley Chinese Association Foundation and an executive council member of TechNet. He then went on to join the board of directors of Meta Platforms in January 2022. Furthermore, he has invested in the blockchain technology provider Alchemy as well as the ghost kitchens All Day Kitchens and Local Kitchens.

Tony Xu’s Salary and Net Worth