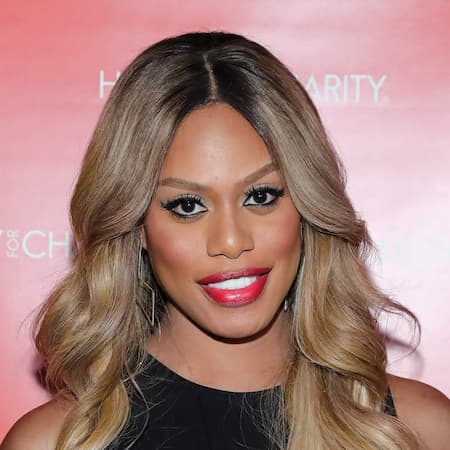 This article will answer every question you have about Laverne Cox. Below are some of the frequently asked questions about her.

Who is Laverne Cox?

Laverne Cox is an American well-known actress and LGBT advocate. She rose to recognition with her role as Sophia Burset on the Netflix series Orange Is the New Black thus becoming the first transgender person to be nominated for a Primetime Emmy Award in an acting category.

Moreover, she was the first to be nominated for an Emmy Award since composer Angela Morley in 1990. In 2015, she won a Daytime Emmy Award in Outstanding Special Class Special as executive producer for Laverne Cox Presents: The T World. This made her the first transgender woman to win the award. Furthermore, she went on to become the first transgender person to play a transgender series regular on U.S. broadcast TV as Cameron Wirth on CBS’s Doubt.

How Old Is Laverne Cox?

Who are Laverne Cox’s Parents?

She was born to Gloria Cox (Mother). She was raised by a single mother and grandmother. Her father’s names and whereabouts are unknown.

Does Laverne Cox have Siblings?

She has an identical twin brother by the name M Lamar (born on May 29, 1972) an American composer, performer, and artist.

She received her high school education at The Alabama School of Fine Arts where she studied creative writing before switching to dance. After high school, she studied for two years at Indiana University Bloomington. But transferred to Marymount Manhattan College where she switched from dancing to acting.

According to news on the Internet, it shows that she is currently single. But she is openly transgender.

She does not have any kids. Moreover, she opened up to her fans about her decision not to have children.

She appeared as a contestant on the first season of I Want to Work for Diddy and afterward she was approached by VH1 about show ideas. Her appearance there made her the first African-American transgender person to produce and star in her own TV show. And both of the shows were nominated for a GLAAD Media Award for Outstanding reality program. Cox has also acted in a number of TV shows and films including Law & Order: Special Victims Unit, Bored to Death, and Musical Chairs. She began her recurring role of Sophia Burset in the Netflix series Orange is the New Black in 2013.

In the series, she plays a trans woman sent to prison for credit-card fraud. The next year, she joined trans woman Carmen Carrera on Katie Couric’s syndicated show Katie. Next, she was on the cover of the June 9, 2014 issue of Time and was interviewed for the article “The Transgender Tipping Point” by Katy Steinmetz Because of her role as Sophia Burset in Orange Is the New Black, she became the first transgender person to be nominated for a Primetime Emmy Award in an acting category: Outstanding Guest Actress in a Comedy Series in 2014. That same year, she appeared in John Legend’s video for the song “You & I (Nobody in the World)”.

In late 2014, she was featured in the annual “Rebels” issue of V. And for that issue, V asked celebrities and artists to nominate who they saw as their personal rebels, and Cox was nominated by Natasha Lyonne. In addition to her cover on V, she also was on the cover of the October 2014 issue of Essence magazine. Along with actresses Alfre Woodward, Nicole Beharie, and Danai Gurira. On October 17, 2014, Laverne Cox Presents: The T World premiered on MTV and Logo simultaneously. This is an hour-long documentary executive-produced and narrated by Cox. That same year, she along with other transgender women – Janet Mock, Carmen Carrera, Geena Rocero, Isis King, Gisele Alicea, and Leyna Ramous.

Dina Marie, Nina Poon, Juliana Huxtable, Niki M’nray, Pêche Di, Carmen Xtravaganza (House of Xtravaganza), and Yasmine Petty appeared on the fifth anniversary cover of C☆NDY magazine. In 2015, she won a Daytime Emmy Award for Outstanding Special Class Special. As Executive Producer for Laverne Cox Presents: The T World. Due to this reason, it made Cox the first transgender woman to win a Daytime Emmy as an Executive Producer. And The T World became the first trans documentary to win a Daytime Emmy. She began her role as a transgender attorney Cameron Wirth on Doubt in 2017 on CBS. However, due to weak viewership, the series was canceled after only two episodes had aired.

CBS announced that they were pulling the series from their schedule leaving the future of the remaining unaired episodes uncertain. Later CNS announced that the remaining 11 episodes would be broadcast on Saturday, beginning July 1. Because of Cox’s role in Orange Is the New Black, she was nominated for a Primetime Emmy Award for Outstanding Guest Actress in 2017. That same year, she collaborated with the ACLU, Zackary Drucker, Molly Crabapple, and Kim Boekbinder in making a video about transgender history and resistance called “Time Marches Forward & So Do We” which she narrated. In February 2019, she headlined the New York Fashion Week show for 11 Honore. This is a luxury e-retailer focused on plus-sized designer fashion.

That sem year, she was featured in Taylor Swift’s “You Need to Calm Down” music video which was released on June 17, 2019. Meghan, Duchess of Sussex chose Cox among other 15 women to appear on the cover of the September 2019 issue of British Vogue. Due to this reason, Cox became the first transgender woman to appear on the cover of British Vogue. On January 27, 2020, she executive produced the documentary Disclosure: Trans Lives on Screen which premiered on Netflix. E! announced in May 2021, that Cox would become the host of Live from the Red Carpet starting in January 2022 replacing Guiliana Rancic. In December 2021, she was cast in Netflix’s dystopian fantasy film Uglies directed by McG.

Laverne Cox Salary and Net Worth