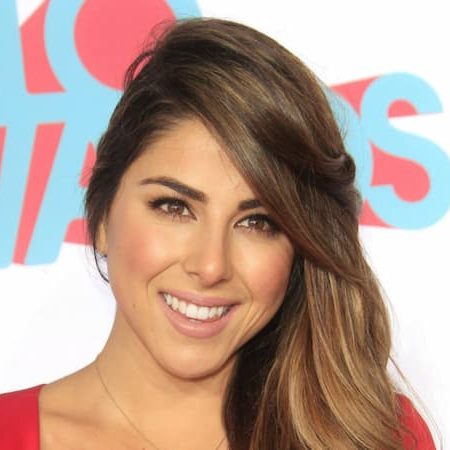 This article will answer every question you have about Daniella Monet. Below are some of the frequently asked questions about her.

Who is Daniella Monet?

Daniella Monet Zuvic is an American eminent actress and singer. First, she earned recognition for playing Megan Kleinman on the CBS sitcom Listen Up! (2004 to 2005) and Rebecca Martin on the Nickelodeon drama television series Zoey 101 (2006 to 2007). From 2010 to 2013, she had her breakthrough by starring in the Nickelodeon sitcom Victorious as Trina Vega. She then went on to provide the voice of Mitzi on the Nickelodeon animated series Winx Club (2012) and played Bertha in the Fred films and TV series (2011 to 2012).

She made her film debut in 2007 when she starred as Inga Veinhstein in the mystery film Nancy Drew. Since then, she has continued to star as Gabby Davis in the comedy film Taking Five (2007) and Ellie Skopic in the television film When Duty Calls (2015). Besides acting, she is also known for television presenting where she hosted the sketch-comedy series AwesomenessTV (2013 to 2015) and the game show Paradise Run (2016 to 2018).

How Old Is Daniella Monet?

She is 33 years old as of September 2022, having been born on March 1, 1989, in West Hills, California, U.S. Daniella shares her birthdate with celebrities such as; Justin Bieber, Miguel Cazarez Mora, Sapnap, Curly Head Monty, Sabrina Quesada, and many more.

Who are Daniella Monet’s Parents?

She was born to Diane Monet (Mother). However, her father’s name and whereabouts are not mentioned on the internet.

Does Daniella Monet have Siblings?

She has a brother by the name of Mario Monet.

She is engaged to Andrew Gardner. They engaged in December 2017 after seven years of dating.

She had a recurring role in 2003, on the NBC drama series American Dreams. Later, she landed a recurring role on the ABC sitcom 8 Simple Rules as Missy Keinfield, Rory’s love interest in the second season. Next, she was cast in the CBS short-lived sitcom Listen Up! where she starred as Megan Kleinman alongside Jason Alexander. From 2006 to 2007, she guest-starred on Zoey 101 where she appeared in three episodes. In addition, she has appeared in the 2010 film Simon Says and in the 2007 films Nancy Drew and Taking Five.

From 2010 to 2013, she starred as Trina Vega in the Nickelodeon comedy series Victorious. Her role is the elder sister of Tori Vega and a fellow student of Hollywood Arts that has no talent and is described as “weird” and “annoying”. She then replaced Jeanette McCurdy as the character Bertha in Fred 2: Night of the Living Fred, Fred 3: Camp Fred, and Fred: The Show. In addition to acting, she hosted a Nickelodeon sketch comedy reality series called AwesomenessTV that premiered on July 1, 2013. However, the show was canceled after 2 seasons in 2015. From 2016 to 2018, she hosted the Nickelodeon game show Paradise Run.

Daniella Monet’s Salary and Net Worth