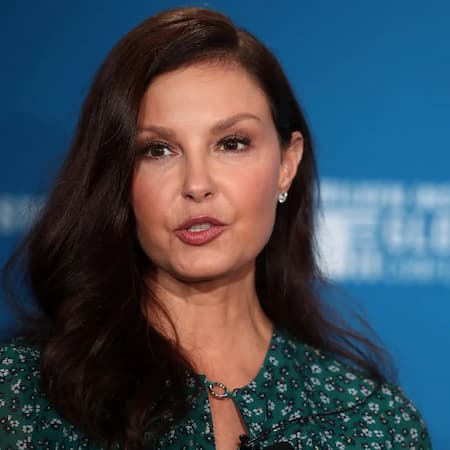 This article will answer every question you have about Ashley Judd. Below are some of the frequently asked questions about her.

Who is Ashley Judd?

How Old Is Ashley Judd?

She is 54 years old as of September 2022, having been born on April 19, 1968, in Los Angeles, California, U.S. Ashley shares her birthdate with celebrities such as; Loren Gray, Brooke Ashley Hall, Jeremy Hutchins, Nadia Turner, Jordan Beckham, and many more.

Who are Ashley Judd’s Parents?

Does Ashley Judd have Siblings?

She has an elder half-sister by the name of Wynonna Judd (born on May 30, 1964) an American country music singer.

Before receiving her college education, she attended 13 schools, This include, the Sayre School, Paul G. Blazer High School, and Franklin High School. After high school, she attended The University of Kentucky where she majored in French and minored in anthropology, art history, theatre, and women’s studies. Later, she attended Havard University.

According to news on the internet, it shows that she is currently single. However, she was previously married to Dario Franchitti MBE (born on May 19, 1973) a British former racing driver and current motorsport commentator from Scotland. They married in December 2001 at Skibo Castle in Scotland but divorced in 2013.

She does not have any kids. In case there is new news regarding this matter, we will update it here as soon as possible.

Starting in 1991, she appeared as Ensign Robin Lefler, a Starfleet officer in two episodes of Star Trek: The Next Generation, “Dark”, and “The Game”. From 1991 to 1994, she had a recurring role in the NBC drama Sisters as Redd, the daughter of Alex (Swoosie Kurtz). In 1992, she made her feature film debut with a small role in Kuffs. The next year, she was cast in her first starring role playing the character in Victor Nunez’s Ruby in Paradise. The film won the Sundance Film Festival Grand Jury Prize. Oliver Stone who had seen Ashley in Nunez’s film proceeded to cast her in Natural Born Killers. However, her scenes were later cut from the version of the film released theatrically.

The following year, she gained critical acclaim because of her role as Harvey Keitel’s estranged daughter in Wayne Wang’s Smoke and also as Val Kilmer’s wife in Michael Mann’s Heat. That same year, she played in Philip Ridley’s dark, adult fairy tale, Ther Passion of Darkly in the role of Callie. In 1996, she co-starred as Marilyn Monroe in Norma Jean and Marilyn with Mira Sorvino. And that same year, she had a supporting role in the thriller film A Time to Kill. The film went on to receive positive reviews and was a major box office success and the by the end of the 1960s, Ashley had achieved considerable success as a leading actress.

This led to her having lead roles in additional thrillers that performed well at the box office including Kiss the Girls (1997) and Double Jeopardy (1999). In the early 2000s, she starred in Where the Heat Is (2000), Someone Like You (2001), and High Crimes (2002). In 2002, her film Divine Secrets of the Ya-Ya Sisterhood also performed well. That same year, she starred in the critically acclaimed film, Frida. Because of her performance in De-Lovely, she received praise and a Golden Globe nomination for Best Actress in 2004, opposite Kevin Kline who played Cole Porter. In 2004 also, she starred in Twisted.

Next, she played the role of Maggie the Cat in the 2003 Broadway revival of Tennessee William’s Cat on a Hot Tin Roof. In 2011, she co-starred in the film Flypaper with Patrick Dempsey. Whereas the next year, she starred as Rebecca Winstone on the ABC series Missing. Moreover, she appeared as Natalie Prior in Divergent in 2014 and went on to reprise her role in Insurgent (2015).

Starting in 2004, she was the advertising “face” of American Beauty. This is an Estee Lauder cosmetic brand sold at Kohl’s department stores and of H. Stern jewelers. Goody’s Family Clothing launched three fashion clothing lines in June 2007, with Ashley in the fall to be called “AJ”, “Love Ashley”, and “Ashley Judd”. In 2008, they added an “Ashley Judd Plus” line.

In addition to acting, she has conducted humanitarian work for more than a decade. Her humanitarian work focuses on gender equality, and the sexual and reproductive health and rights of women and girls. In 2016, she was appointed a Goodwill Ambassador for UNFPA. Due to this reason, she has visited UNFPA’s projects for women and girls affected by humanitarian crises. This include in Jordan, Turkey, Ukraine, and Bangladesh, and its development work in India as of May 2018. Moreover, she has traveled with YouthAIDS to places affected by illness and poverty such as Cambodia, Kenya, and Rwanda. And has since become an advocate for preventing poverty and promoting awareness internationally. In 2011, she joined the Leadership Council of the International Center for Research on Women.

A Career in Political Activities

Besides acting, she supported Barack Obama‘s presidential campaign in 2008. And the next year she appeared in a one-minute video advertisement for the Defenders of Wildlife Action Fund. There, Ashley condemned Alaska governor Sarah Palin for supporting aerial wolf hunting. In February 2013, she invited her Twitter followers to join a mailing list hinting that she might ultimately announce a run for the Senate to those on the list. However, on March 27, 2013, she announced that she would not run citing her need to be focused on her family. Later she endorsed Kentucky Secretary of State Alison Lundergan Grimes.

Ashley Judd’s Salary and Net Worth

She has an approximate annual salary of $2.5 million and a net worth of $14 million.