By Ephantus Gichuki on Wednesday, February 9, 2022 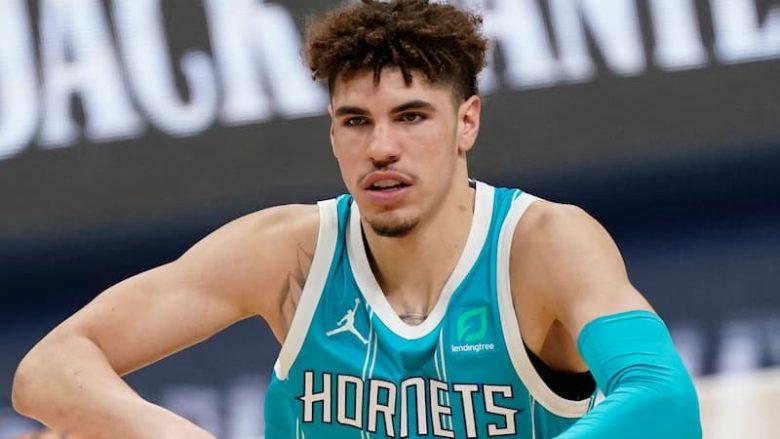 This article will answer every question you have about LaMelo Ball. Below are some of the frequently asked questions about him.

LaMelo LaFrance Ball is also known as LaMelo Ball. He is a professional American basketball player playing for the Charlotte Hornets of the NBA (National Basketball Association).
In 2021, Ball was named the NBA Rookie of the Year. He however made his first debut as an injury replacement for Kevin Durant in the NBA All-Star Game.

Ball is 20 years old as of February 2022, having been born on August 22, 2001, in Anaheim, California U.S.A. LaMelo shares his birthdate with celebrities such as Dua Lipa, James Corden, Sarah Magusara, Morgan Adams, Liane Valenzuela including others.

Who are LaMelo’s Parents?

Does LaMelo have any Siblings?

Ball received his high school education at Chino Hills High School (205-2017) and SPIRE Institute (2018-2019). He did not attend college since he went to play professionally overseas.

Ball has been in several relationships including Ashley Alvano (2017-2018), Ashlyn Castro, Teanna Trump (2021), and currently, she is rumored to be dating Analicia Chaves.

LaMelo’s rumored girlfriend Analicia Chaves is pregnant. This is according to a public statement she made and the unborn child’s father is LaMelo. However, he is yet to comment on the statement.

LaMelo was trained as a basketball player as soon as he could walk by his father LaVar. He started playing with his elder brothers at the age of four. While in the seventh grade in 2013, Ball began playing with his brothers on Big Ballers VXT.

While in high school, Ball played for Chino Hills High School in his freshman season together with his elder brothers and his cousin Andre Ball. LaMelo scored 26 points in a win over Sierra Canyon School for the CIF Southern Section on March 5, 2016. Ball averaged 16.4 points and 3.8 assists per game thereby sharing the MaxPreps National Freshman of the Year honors together with his teammate Onyeka Okongwu.

Ball continued his high school basketball career as a second year and made national headlines on December 26, 2016, for making a half-court shot two seconds into a game. LaMelo featured in an AAU game on July 27, against five-star recruit Zion Williamson. This was featured in national sports media. Before his junior season, Ball left Chino Hills on October 2, 2017, to be homeschooled since his father disapproved of the school administration and the newly-appointed head coach, Dennis Latimore. LaMelo signed with agent Harrison Gaines on December 7 to professionally play overseas alongside his brother LiAngelo.

Ball after skipping his junior year and a part of his senior year to play professionally joined SPIRE Institute and Academy in Geneva, Ohio on November 5, 2018. While in SPIRE, LaMelo played under coach Jermaine Jackson. LaMelo was named season MVP and helped his team reach the finals.

Ball together with his brother LiAngelo on December 11, 2017, signed with Prienai of the LKL (Lithuanian Basketball League) making him the youngest American to ever sign a professional basketball contract. Ball made his first professional debut on January 13, 2018, against Lietkabelis. Averaging at 6.5 points and 2.4 assists, Ball finished the LKL season shooting 26.8% from the field in 12.8 minutes per game. LaMelo left Prienai on April 25, with his family.

After quitting Prienai, LaMelo signed with the Los Angeles Ballers of the JBA (Junior Basketball Association) on May 4, 2018. Ball led the Los Angeles Ballers to the semi-finals and scored a season-high 55 points, 16 rebounds, and 7 assists against the New York Ballers. LaMelo left the JBA tour on November 5 to return to high school for his senior season in the United States.

With the Illawarra Hawks of the Australian-based National Basketball League (NBL), Ball signed a two-year contract on June 17, 2019. Following an injury on December 8, Ball missed four weeks of action after bruising his foot in practice. LaMelo then returned to the United States to prepare for the 2020 NBA draft thereby parting ways with the Hawks on January 28.

LaMelo was selected third overall pick by the Charlotte Hornets on November 18, 2020, in the 2020 NBA draft. On December 23, 2020, Ball made his debut as a player for the Hornets. LaMelo became the youngest player in NBA history with a triple-double at the age of 19 on January 9. The record was later broken by Josh Giddey. In a loss against the Los Angeles Clippers, Ball suffered a fractured bone in his right wrist and was listed out indefinitely. Upon return from injury on May 1, Ball made 7 rebounds, 8 assists putting 11 points in a 107-94 win against the Detroit Pistons. LaMelo after the season was named the 2020-21 NBA Rookie of the Year. He also was selected to the NBA All-Rookie First Team. As an injury replacement to Kevin Durant on February 7, LaMelo was named to his first NBA All-Star Game.

LaMelo’s Salary and Net Worth

LaMelo being a basketball player, has an $8.9 million annual salary and a $35 million four-year contract with the Charlotte Hornets. He has a net worth of $20 million.