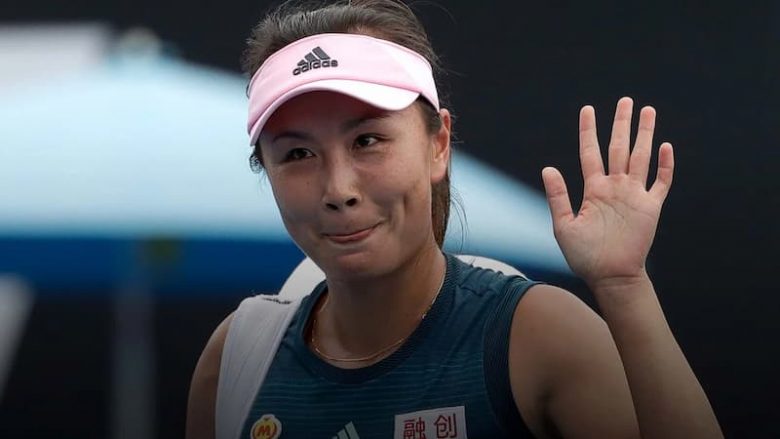 This article will answer every question you have about Peng Shuai. Below are some of the frequently asked questions about her.

Who is Peng Shuai?

Peng Shuai is a Chinese retired tennis player. Peng was ranked world no 1 doubles player by the WTA in February 2014 making her the first Chinese tennis player to achieve that rank.
At the 2010 Asian Games, Shuai won a gold medal. She also won her first ladies’ doubles championships at the 2013 Wimbledon Championships together with Hsieh Su-Wei of Taiwan.

Who are Peng’s Parents?

Shuai was born to Peng Jijun (Father) who was a police officer and Zhang Bing (Mother).

Does Peng Shuai have any siblings?

Peng’s information about her siblings is kept private. In case of news regarding her siblings, we shall update here the soonest.

News regarding her high school schooling remains private. Once information about her high school life is known disclosed to the public, we will update it here as soon as possible. Shuai graduated from Renmin University.

On her love life matters, Peng has managed to keep her marriage/dating life low-key, hence leaving many with unanswered questions. In case there is any news regarding this matter, we shall update it here as soon as possible.

According to reports, Peng Shuai has no children. In case there is news about her children, we will update her here as soon as possible.

At the age of eight, she began playing when her uncle, a famous tennis coach introduced her to the game. Peng in 1999, joined the state training program in Tianjin.

At the age of 15 years and 4 months in 2001, at the beginning of June, Shuai won her first singles title at Baotou a $10k tournament. She defeated countrywoman Sun Tiantian 6-1, 6-4 in the semifinal after entering as a wildcard. Later in July that year, she won her second ITF tournament of the year. Peng won her third $10k singles title in February 2002. Shuai won her first $25k title in April 2003 at Jackson, Mississippi. Peng reached her third $25k singles in February 2004 at Columbus, Ohio but got defeated by Nicole Vaidisova in the final 7-6, 7-5.

In January 2005, Peng reached her first WTA Tour semifinal after winning all the three qualifying matches at Sydney. Following an ankle injury in February, made Shuai miss several tournaments in February and March. Upon her return in April, Peng lost two successive second-round matches. Shuai, by September 2005 was ranked the top 5 female tennis players across the whole Asia continent. The year 2006 was disappointing for Peng as she lost her first-round ties at Sydney and the Australian Open. 2007 was a little fruitful for Shuai as she finished ranked within the world’s top 50. She then finished the year with a 26-21 record in singles, and a doubles title in Guangzhou together with Yan Zi.

The year 2008 on January 4, Peng was ranked no. 45 after defeating Ana Ivanovic in the semifinals of the silver group. Shuai’s rank climbed up to no 40, her highest since Wimbledon 2007. Peng ended the season representing her country in the 2010 Asian Games in Guangzhou, China. Shuai won a gold medal alongside teammates Zhang Shuai, Li Na, and Yan Zi.

2011 season began well for Peng as she defeated Johanna Larsson in the first round 6-1, 6-3. Peng’s career rose to a high ranking of no. 30. In 2012 Shuai began at Auckland as the no.2 seed. Peng competed in the women’s doubles with Zheng Jie and the women’s singles at the 2012 Summer Olympics.

Peng reached the semifinals at the start of her 2013 season by playing in the new Shenzhen Open. Shuai returned to Indian Wells after a few weeks from the tour where she reached the third round but lost to Sam Stosur. Peng’s last event was at Luxembourg Open but she lost to Lucie Safarova. The year ended with Shuai being ranked with a ranking of no. 45 in the world. From 2013 Peng began her huge success as a doubles player. Together with Hsieh Su-Wei. In 2013, Shuai clinched five double’s titles.

Peng became the world’s no 1 in the doubles on February 17 thereby making her the first Chinese tennis player to attain such a rank. Peng together with Hsieh majored their success by winning three more titles in the season. But they failed to defend their title in the Wimbledon Championships thereby losing their no 1 ranking. Shuai and Hseih entered the WTA Finals as the second seed where they beat Alla Kudryavtseva/Anastasia Rodionova and Garbine Muguruza/Carla Suarez in straight sets to reach the finals. In the finals, they disastrously lost to Cara Black/Sania Mirza. Shuai’s pairing with Hsieh came to an end as Peng had announced previously during the US Open.

2015 was a tough year for Peng as she had several injuries in her back and waist, making end of her 2015 season.

After the injury, Shuai returned with a bang and clinched her first-ever WTA singles in the Tianjin Open. She then proceeded and defeated qualifier Chang Kai-Chen in straight sets. Peng together with Christina McHale won the doubles- final match.

Peng was banned for six months on August 8, 2018, and she was fined $10,000 by the Tennis Integrity Unit. This was because of using coercion offering possible financial rewards so that her partner would agree to withdraw from the ladies’ doubles. $5,000 of the fine and three months of her ban were suspended.

In 2020, Peng did not accomplish much as she did not play a match since the February 2020 Qatar Total Open in Doha.

During an interview in February 2022, Peng Shuai announced her retirement with the French L’Equipe and also her fallout and controversies from her 2021 social media post. The post disclosed Peng’s relationship with Zhang Gaoli accusing him of pressuring her into sex.

Peng Shuai’s Salary and Net Worth