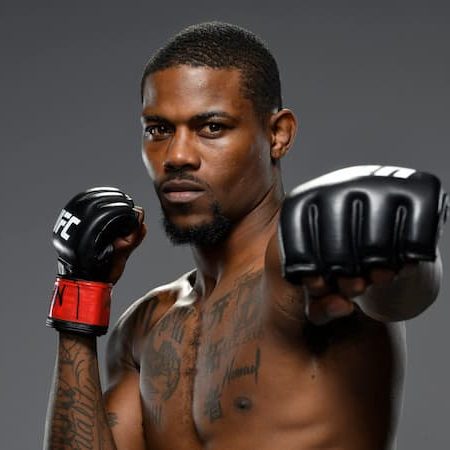 This article will answer every question you have about Kevin Holland. Below are some of the frequently asked questions about him.

Who is Kevin Holland?

Kevin Alan Holland is a notable American professional mixed martial artist. He currently competes for the UFC (Ultimate Fighting Championship) in the Welterweight division. Holland is a professional since 2015 and competed for Bellator MMA, King of the Cage, and Legacy Fighting Alliance. Kevin is #14 in the UFC middleweight rankings as of December 20, 2021.

How Old is Kevin Holland?

He is 29 years old as of March 2022, having been born on November 5, 1992, in Riverside, California, U.S. Holland shares his birthdate with celebrities such as; Kris Jenner, Odell Beckham Jr., Paige Mackenzie, Kevin Jonas, Semaj Lesley, and many more.

Who are Kevin Holland Parents?

He was mostly raised by his grandparents as his mother had been in and out of jail, while his father had been imprisoned throughout Holland’s life.

Does Kevin Holland have Siblings?

There is no news whether he has siblings or not. In case of new news regarding this matter, we will update it here as soon as possible.

On his love life matters, Kevin has managed to keep his dating life low-key, thereby leaving many with unanswered questions.

He has no kids currently. In case of new news regarding this matter, we will update it here as soon as possible.

He started his professional MMA in 2015, after compiling an amateur record of 5-0. Holland fought under various promotions such as; Bellator MMA, Legacy Fighting Alliance, Legacy Fighting Championship, King of the Cage, Xtreme Knockout, and amassed a record of 12-3 prior to his signing by UFC. On June 12, 2018, he faced Will Santiago and won the fight by unanimous decision.

A Career at Ultimate Fighting Championship

On August 4, 2018, Holland made his UFC debut in a fight against Thiago Santos at UFC 227. But lost the fight via unanimous decision. His next game came at UFC Fight Night: Blaydes vs. Ngannou 2 on November 24, 2018, against John Phillips. Kevin won the fight by submission due to a rear-naked choke in round three.

On March 30, 2019, at UFC on ESPN 2, Kevin faced Gerald Meerschaert. Moreover, he won the fight via split decision. His next fight was on June 22, 2019, where he faced Alessio Di Chirico at UFC Fight Night 154. And won the fight via unanimous decision. His last match of the year was on October 18, 2019, where he lost to Brendan Allen at UFC on ESPN 6 in the second round.

At UFC Fight Night Woodley vs. Edwards, Kevin was expected to face Jack Marshman on March 21, 2020, but the event was postponed. Instead, on May 16, 2020, he faced Anthony Hernandez at UFC on ESPN: Overseen vs. Harris. He won the fight by a first-round technical knockout. On May 30, 2020, Kevin was scheduled to fight Daniel Rodriguez, but on May 26, he was forced to withdraw due to an injury. And was therefore replaced by promotional newcomer Gabriel Green.

On March 20, 2021, Kevin faced Derek Brunson at UFC on ESPN 21. He had his second match of the year on April 10, 2021, at UFC on ABC 2. He, however, lost the fight via unanimous decision. With only one fight left on his prevailing contract, he signed a new, multi-fight deal with the UFC. Holland faced Kyle Daukaus at UFC Fight Night 193 on October 2, 2021. The fight was declared a no-contest after an accidental head clash. In a rematch with Kyle scheduled on November 13, 2021, at UFC Fight Night 197, Holland withdrew from the match due to injury.

Holland returned to the Welterweight division to face Alex Oliviera at UFC 272 on March 5. The first time since October 2017. He won the fight in round two via technical knockout and earned the Performance of the Night award.

Kevin Holland Salary and Net Worth