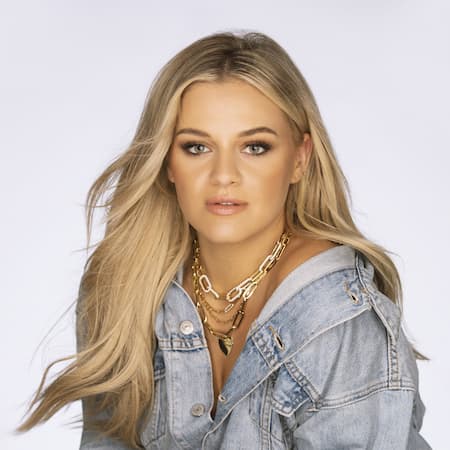 This article will answer every question you have about Kelsea Ballerini. Below are some of the frequently asked questions about her.

Who is Kelsea Ballerini?

Kelsea Nicole Ballerini is an American well-known country pop singer. She began songwriting as a child and in 2014, she signed with Black River Entertainment and released her debut studio album the following year. In 2017, her second studio album, Unapologetically, followed.

She has four No. 1 singles on the latter album, starting with her debut single to the top of the chart since Carrie Underwood in 2006. She followed this with “Dibs” and “Peter Pan” whose peaks also made her the first female country artist to send her three singles to the top of the chart since Wynonna Judd. In 2020, her third studio, Kelsea, and a counterpart acoustic album, Ballerini were both released.

How Old Is Kelsea Ballerini?

Who are Kelsea Ballerini’s Parents?

She was born to Ed (Father) a former sales manager for a country radio station. And Carla (Mother) has worked in marketing for Thomas Nelson Bible publishing and a sponsorship company.

Does Kelsea Ballerini have Siblings?

She does not have any siblings as she was born as an only child.

According to news on the internet, it shows that she is currently single. However, she was previously married to Morgan Evans (born on April 25, 1985) an Australian country music singer and songwriter. They married on December 2, 2017, in Cabo San Lucas, Mexico, but Kelsea announced on August 29, 2022, that they were divorcing.

She signed a deal with Black River Entertainment at the age of 19. In late 2014, she released her debut single “Love Me Like You Mean It” which debuted on the Country Airplay chart in October 2014. She went on to release a self-titled EP for the label in November. In 2014, she was named one of CMT’s Next Women of Country. On February 14, 2015, she performed for the first time at the Grand Ole Opry and sang “Love Me Like You Mean It”. Her debut album, The First Time was released on May 19, 2015, through Black River.

The album’s first single, “Love Me Like You Mean It” reached No. 1 on the Billboard Country Airplay chart. This made Kelsea the first solo female country music artist to score a number one hit with her debut single since Carrie Underwood. The album’s third single “Peter Pan” was released on March 21, 2016, on country radio. And it went on to reach No. 1 on both the Country Airplay and Hot Country Songs charts in September. This also made her the first solo female country music artist to top both country music charts simultaneously. On October 10, 2016, the album’s fourth single “Yeah Boy” was released.

In early 2017, she was named to Forbes’ 30 Under 30 – Music list at number two. That same year, she received two Academy of Country Music Award nominations for Female Vocalist of the Year and Video of the Year for “Peter Pan”. ” Legends” was released as the first single from her second studio album in June 2017. On November 3, her second studio album titled, Unapologetically was released. The album went on to debut at No. 3 on the Billboard Top Country Album Chart and No. 7 on the Billboard 200 Album Chart. This made the album the highest charting album on both charts.

In March, the second single from the album “I Hate Love Songs” was released. EDM-pop duo The Chainsmokers released a song titled “This Feeling” on September 18, 2018, featuring Kelsea who later performed at the 2018 Victoria’s Secret Fashion Show in November. That same year in October, the third and final single from Unapologetically, “Miss Me More” was released. Unapologetically received a nomination for Best Country Album in December 2018, at the 61st annual Grammy Awards. Kelsea was then invited by Little Big Town on March 5, 2019, to become a member of the Grand Ole Opry. In support of Unapologetically, she embarked on the Miss Me More Tour in April 2019.

She confirmed in an Instagram post in July 2019, that work on her third studio album was complete. The first single off to her then-upcoming third album titled “Homecoming Queen? on September 6, 2019. The song went on to debut at No. 22 on the Country Airplay chart making it Kelsea’a highest debut on the chart to date. On January 20, 2020, she confirmed that the album is self-titled (Kelsea) and was released on March 20, 2020.

Kelsea then went on to announce on September 2, that she would be releasing a counterpart album to Kelsea, titled Ballerini featuring stripped-down versions of the songs. It was released on September 11, 2020. She then temporarily filed in for Kelly Clarkson in 2021, as a coach during Season 20 of The Voice. And went on to co-host the 2021 CMT Music Awards with Kane Brown where she won the award for CMT Performance of the Year. It was announced in May, that she would be an opening act on the Jonas Brothers’ Remember This tour which began in August. On November 16, 2021, her debut book of poetry, Feel Your Way Through was released.

Kelsea announced in March 2022, that Heartfirst will be released on April 8, 2022. The song is the lead single from her upcoming fourth studio album, Subject to Change. While co-hosting during the 2022 CMT Music Awards, for the very first time, she performed the song. Whereas the music video for the song premiered on July 7, 2022. The second single “Love is a Cowboy” was released on July 15, 2022, from her upcoming album along with the official music video.

Kelsea Ballerini’s Salary and Net Worth