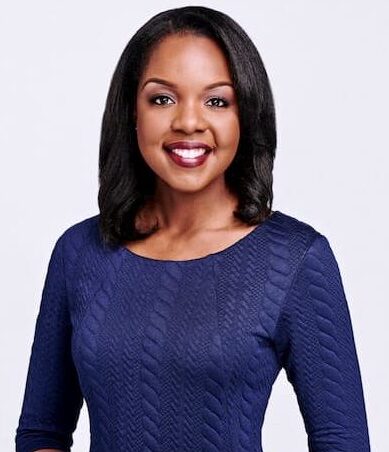 Aundrea Cline-Thomas is an American multiple Emmy award-winning journalist. She serves as a general assignment reporter for CBS2 News. Aundrea got her first on-air reporting job at WMGT-TV in Georgia. She then joined what’s now known as Spectrum News in Charlotte, N.C. Aundrea won her first regional Emmy award during her time at WTVF-TV, the CBS affiliate in Nashville, Tennessee.

Aundrea won a MidAtlantic Regional Emmy award for her contribution to team coverage of the fatal Delaware prison standoff in 2017. In the same year, she was named Broadcast Journalist of the Year by the Philadelphia Association of Black Journalists.

Aundrea joined CBS2 News as a general assignment reporter in October 2018. She says that the best part of her job is meeting her viewers. She is humbled to be asked to participate in a number of community events. Her expertise
is often solicited for local conferences. She says it’s gratifying to help guide the next generation of journalism students into the profession.

Cline-Thomas keeps her personal life very private and has not yet disclosed her age.

Cline-Thomas was born to parents who immigrated from Sierra Leone, West Africa as the youngest of three children. She was raised in a Maryland suburb of Washington, D.C. and she says that her parents literally created something out of nothing and taught her and her siblings that education is the greatest equalizer.

Aundrea earned a Bachelor’s degree in Communications with a Black Studies minor from Boston College. She also went ahead to earn a Master’s degree in Broadcast Journalism from the University of Maryland.

Cline-Thomas has not yet disclosed any information regarding her dating or married life.

Being an award-winning journalist, Aundrea receives a good amount of money as her salary but it is not yet revealed.

Aundrea’s net worth is not yet revealed.