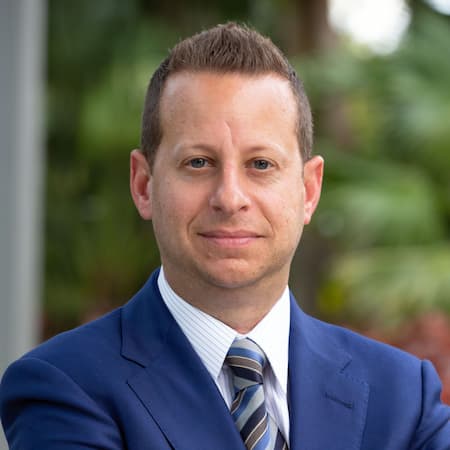 This article will answer every question you have about Jared Moskowitz. Below are some of the frequently asked questions about him.

Who is Jared Moskowitz?

Jared Evan Moskowitz is an American eminent politician who serves on the Broward County Commission for District 8. Previously, he served as director of the Florida Division of Emergency Management from January 2019 to 2021. Prior to his appointment, he served in the Florida House of Representatives, and from 2012 to 2019, he represented the Coral Springs area in northern Broward County.

How Old Is Jared Moskowitz?

He is 41 years old as of August 2022, having been born on December 18, 1980, in Coral Springs, Florida, U.S. Jared shares his birthdate with celebrities such as; Billie Eilish, Brad Pitt, Sia, Ashley Benson, YBN Nahmir, and many more.

Who are Jared Moskowitz’s Parents?

He was born to Michael Moskowitz (Father) an attorney. However, his mother’s name and whereabouts are unknown.

Does Jared Moskowitz have Siblings?

He received his education at George Washington University where he earned a Bachelor of Arts degree in political science. Later, he earned a Juris Doctor from the Shepard Broad Law Center at Nova Southeastern University.

He is married to the love of his life Leah Rifkin.

He worked as an intern for Vice President Al Gore, served as an assistant on Joe Lieberman’s 2004 presidential campaign, and was one of Barack Obama’s Florida electors at the 2008 Democratic National Convention. While attending law school, in 2006, he was elected to the Parkland City Commission and was re-elected in 2010. He served in that position until he resigned to run for the legislature in 2012. While serving as a city commissioner, he supported efforts to make the city more eco-friendly by providing subsidies to households that purchase low-flow toilets and showerheads, energy-efficient air conditioners, and hybrid cars. Following his graduation, he started to work for AshBritt Environmental as their director of government relations and general counsel.

A Career in the Florida House of Representatives

In 2012, when the state legislative districts were redrawn, Jared opted to run in the newly-drawn 97th district which consisted of northern Broward County. He went on to win the Democratic primary entirely uncontested. Thus he advanced to the general election where he faced the Republican nominee, James Gleason, and a business owner who was an unsuccessful candidate for mayor of Coral Springs. Jared ended up defeating Gleason in a landslide winning with 69% of the vote. In his first term in the legislature, he sponsored a memorial for Robert Levinson who had been held hostage in Iran since 2007.

In 2014 and 2016, he was re-elected to the legislature without opposition. Following the shooting at Marjory Stoneman Douglas High School in 2008. He helped draft the bipartisan Marjory Stoneman Douglas High School Safety Act. This was the first comprehensive mental health, school safety, and gun control bill of its kind in over 20 years. Due to this reason, the bill increased the age to purchase a firearm to 21 years old, created a three-day waiting period to purchase firearms, increased security requirements for public schools, funded centralized school safety surveillance programs, and improved mental health services for students.

A Career Division of Emergency Management

Governor-Elect Ron DeSantis announced on December 6, 2018, that he would appoint Jared as director of the Florida Division of Emergency Management in his new administration. On January 15, 2019, Jared resigned from the House of Representatives and took office as DEM director. He took over Florida’s Division of Emergency Management during the recovery from Hurricane Michael. This was a category 5 storm that made landfall in Florida in October 2018. He made headlines in early April 2020, when he complained that foreign countries were paying the American company 3M with higher cash to reroute millions of N95 masks destined for the state of Florida during the COVID-19 pandemic.

Moreover, he led the department during the early distribution of the COVID-19 vaccine creating an administrative network for all 67 Florida counties. Furthermore, he is credited for working with community organizations, including Black and Hispanic churches, HUD housing, and senior assisted living facilities, to efficiently vaccinate at-risk populations. Jared announced on February 15, 2021, his resignation from the Division of Emergency Management. He cited his desire to spend time with his father who was battling pancreatic cancer. And in May 2021, he officially left the Division. On August 5, 2021, he was appointed by Miami-Dade Mayor Danielle Levine-Cava to advise Miami-Dade’s COVID-19 response.

A Career in the 2022 Congressional Election

In 2022, after incumbent congressman Ted Deutch announced that he would not seek re-election. Jared declared his candidacy for Florida’s 22nd congressional district.

Jared Moskowitz Salary and Net Worth