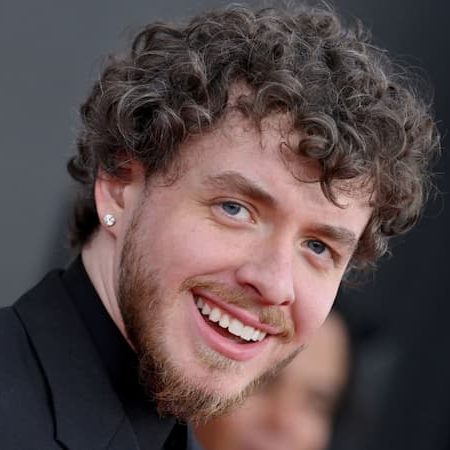 This article will answer every question you have about Jack Harlow. Below are some of the frequently asked questions about him.

Who is Jack Harlow?

Jackman Thomas Harlow abbreviated as Jack Harlow is an American prominent rapper from Louisville Kentucky. He had released several EPs and mixtapes starting from 2015 before he was signed to Don Cannon and DJ Drama’s record label Generation Now in 2018, an imprint of Atlantic Records.

His first major breakthrough came with the release of his 2020 single “Whats Poppin”. It was aided by its popularity on TikTok and following a remix with rappers DaBaby, Tory Lanez, and Lil Wayne. Thus the remix went on to peak at No. 2 on the US Billboard Hot 100 and went on to receive a Grammy Award nomination.

Moreover, Jack was included in XXL magazine’s “2020 Freshman Class” before he released his debut album, That What They All Say (2020) which was certified platinum in the US. The next year, he released a collaboration with LilNas X “Industry Baby” which reached number one on the Hot 100, thus making Jack’s first chart-topper. In 2022, he released his second album Come Home the Kids Miss You and its single “First Class” became his second number-one on the Hot 100 and first to debut atop the chart.

Because of his exemplary music career, he has received several award nominations from various institutions including Top New Artist at the 2021 Billboard Music Awards. That same year, he was named Variety’s “Hitmaker of the Year” and was included in Forbes 30 Under 30. It was announced in 2022, that Jack will make his acting debut in a remake of the 1992 film White Men Can’t Jump directed by Calmatic.

How Old Is Jack Harlow?

He is 24 years old as of August 2022, having been born on March 13, 1998, in Louisville, Kentucky, U.S. Jack shares his birthdate with celebrities such as; Jordyn Jones, Nick Bean, LiLee Nelson, Ozuna, and many more.

Who are Jack Harlow’s Parents?

He was born to Brian Harlow (Father) and Maggie Payette (Mother) a businesswoman.

Does Jack Harlow have Siblings?

He has one younger brother by the name of Clay Harlow.

He received his education at Atherton High School where he graduated in June 2016.

He released his first commercial record, the EP The Handsome Harlow in November 2015. The EP was released on Gill Holland’s sonaBLAST! record label. The next year in March, he opened for Vince Staples in Louisville. Less than a month after graduating from Atherton High School, in June 2016, he released the mixtape 18. This was the first album on his label and music collective, Private Garden.

Moreover, the collective also features his frequent collaborators, the Homies, composed of Louisville rappers and producers Ace Pro, 2forWoyne, Shloob, Quiiso, and Ronnie Lucciano. In the summer of 2017, he released the single “Routine”. And that same year in October, he released another single “Dark Knight” with an accompanying music video. In November 2017, “Dark Knight” became the lead single on his mixtape Gazebo. Jack went on a 14-city Gazebo Tour in support of the album. The Homies opened for him and the tour ended in January 2018. That same year in May, Jack opened for indie rock band Portugal. The Man on select tour dates. In June 2018, he was featured alongside Lil James and Sixteen on the Skeme song “Get Sumn”.

It was announced in August 2018, that he had signed to DJ Drama and Don Cannon’s Generation Now record label. On the day of his announcement, he also released a video for his single “Sundown”. On August 17, he released his major label debut mixtape Loose. The album thus featured guest verses from CyHi the Prynce, K Camp, 2forWoyne, and Taylor. Jack then embarked on a North American tour in November 2018, in support of Loose which ended in December. Moreover, that month, he released a video for the song “PicjYourPhoneUp” featuring K Camp. Nevertheless, Loose was nominated for Best Mixtape at the 2019 BET Hip Hop Awards. He went on to release another single, “Thru the Night” featuring fellow Louisville native Bryson Tiller on August 21, 2019.

On January 21, 2020, he released the single, “Whats Poppin” as the lead single from his second EP, Sweet Action. The song was shared widely on the TikTok social media platform and the Cole Bennet-produced video has surpassed 135 million views as of May 2021. On March 13, 2020, on his 22nd birthday, he released the EP. That same year on April 29, he released a collaboration with G-Eazy, “Moana”. And on June 24, he released the remix of “Whats Poppin” featuring DaBaby, Tory Lanez, and Lil Wayne. On August 11, he was included in XXL’s 2020 Freshman Class. And release another single “Tyler Herro” on October 22, 2020. This is the lead single from his debut studio album, That’s What They All Say. And the single received a music video that stars Jack and the NBA player of the same name.

On December 2, 2020, he announced the album. “Way Out” which features Big Sean was released as the second single on December 9, 2020. On December 11, 2020, his debut album was released and it includes “Whats Poppin” and its remix. “Already Best Friends” which features Chris Brown was sent to urban contemporary radio on March 30, 2021, as the third and final single from That’s What They All Say. That same year on May 28, he released a collaboration with Eminem and Cordae for the remix of Eminem’s 2020 single “Killer”. Moreover, he release another collaboration with Lil Nas X “Industry Baby” on July 23, 2021. The song went on to reach No. 1 on the Hot 100, giving Jack his first number-one single on the chart. On August 3, 2021, he released another collaboration with Pooh Shiesty, “SUVs (Black on Black)”.

During this time on February 18, 2022, he released the single “Nail Tech”. This is the lead single from his upcoming second studio album and his first release in six-and-a-half months. The song performed well as it debuted with a No. 18 on the Hot 100 and also received praise from Kanye West. That same month on the 24th, he was featured in West’s song “Louie Bags” on his album, Donda 2. Jack announced on March 16, 2022, that his second studio album is titled Come Home the Kids Miss You and was released on May 6. “First Class”, the second single became his second No. 1 on the Hot Billboard 100 and the year’s first hip-hop song to reach that position.

It was announced in March 2022, that he will make his acting debut in a reboot of the 1992 film White Men Can’t Jump directed by Calmatic.

He supports the Black Lives Matter political movement having attended a rally to protest the killing of Breonna Taylor which occurred in his hometown. He has stated that being white, he “can never truly know what [the experience of racism] is like”. And that is his responsibility as a white rapper to approach his work with that knowledge in mind. He went on to donate to five Louisville-based organizations: APED, the Center for Women and Families, the Grace M. James Academy of Excellence, Louisville Urban League, and Metro United Way in October 2021. In December 2021, he teamed up with KFC and its parent company Yum! Brands to donate a joint $250,000 to the American Red Cross. This is to support those impacted by a deadly tornado in the state’s western region.

Jack Harlow’s Salary and Net Worth