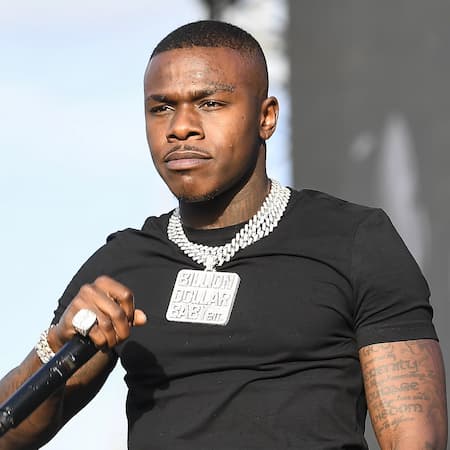 This article will answer every question you have about DaBaby. Below are some of the frequently asked questions about him.

DaBaby is well-known for his album Baby on Baby (2019) which peaked at no 7 on the Billboard 200. His second album Kirk was debuted as number one. His third album Blame It On Baby (2020) was also debuted number one, making it his second consecutive album to hit number one in the U.S. This album included his highest-ranked song “Rockstar” (featuring Roddy Ricch).

How Old is DaBaby?

DaBaby is 30 years old as of February 2022, having been born on December 22, 1991, in Cleveland, Ohio, U.S.A. DaBaby shares his birthdate with celebrities such as Tanner Fox, Meghan Trainor, Joshua Bassett, Latto, and many more.

Who are DaBaby’s Parents?

DaBaby has managed to keep his family background very private. News about his parents is nowhere on the internet. In case there is news regarding Jonathan’s parents, we shall update it here as soon as possible.

Does DaBaby have any Siblings?

Kirk has got two elder brothers Glen Johnson who was born five years before DaBaby. His brother Glen died at the age of 34 on November 3, 2020. Whereabouts about his other brother are not known, but in case there is news regarding his other brother, we will update it here as soon as possible.

Kirk received his high school education at Julius L. Chambers High School (then named Vance High School) and graduated in 2010. He then attended the University of North Carolina for two years but did not complete his studies.

DaBaby is currently single but has been in several relationships including MEME (DaBaby’s baby momma, 2014) and DaniLeigh (2020-2021). He has also had an encounter with Slim Danger and is rumored to have hooked up with B. Simone (2020).

DaBaby has four kids but with different women. He has a biological daughter named Serenity (born in 2017) and a stepson Caleb (born in 2014) with ex-girlfriend MEME. He also has a daughter with DaniLeigh. Kirk is also rumored to have a baby with Latoia Danet.

Kirk started taking music seriously between 2014 and 2015. He started his music career in 2015 by releasing Nonfiction, his debut mixtape. Billion Dollar Baby, Back on My Baby Jesus Sh*t, God’s Work, and Baby Talk were his later mixtape series. After signing to Arnold Taylor (the president of the South Coast Music Group Label), Kirk got a big breakthrough. He then landed a seven-figure recording deal with Interscope.

Upon being signed to Interscope, DaBaby launched his own imprint, Billion Dollar Baby Entertainment in January 2019. His debut studio album Baby on Baby was released on March 1, 2019, via Interscope Records. Kirk also signed to South Coast Music Group and has a joint contract with both labels. The album Baby on Baby was debuted at No. 25 on the Billboard 200 albums. Throughout mid-2019, DaBaby featured on various hit songs including Megan Thee Stallion’s “Cash Shit” And “baby”, both reached the top 40 on the Billboard 100 Jonathan announced that his second album would be titled Kirk, in August 2019, a tribute to his last name. On September 27, it was released and it debuted atop the US Billboard 200. 2019 was a successful year for DaBaby as he had 22 entries on the Billboard Hot 100 for the year.

Kirk received two nominations at the 62nd Annual Grammy Awards held in 2020, both for “Suge” in the categories Best Rap Performance and Best Rap Song. On his Twitter account on April 13, 2020, he announced his third studio album “Blame It on Baby”, which would be released on April 17, 2020. The album produced DaBaby’s highest-charting song “Rockstar”, featuring Roddy Ricch. The song spent seven non-consecutive weeks at number-one on the Billboard Hot 100 and reached No 1 in the United Kingdom. “My Brother’s Keeper (Long Live G) is an EP released by DaBaby on November 20, 2020, which pays tribute to his late brother Glenn Johnson. The EP features appearances from Polo G and Meek Mill among others. Kirk released a new single titled “Masterpiece” on January 15, 2021. This track includes references to his past legal troubles and his relationship with DaniLeigh.

DaBaby in 2017 founded Billion Dollar Baby Entertainment an American record label based in Charlotte, North Carolina. This record label has signed 5 artists to the label.

DaBaby’s Salary and Net Worth

DaBaby has an estimated monthly salary of $124,000 and a net worth of $6million.