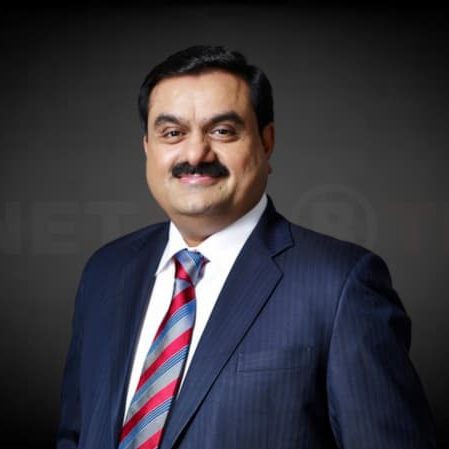 This article will answer every question you have about Gautam Adani. Below are some of the frequently asked questions about him.

Who is Gautam Adani?

Gautam Shantilal Adani is an Indian well-known billionaire industrialist. He is Chairman and Founder of Adani Group, an Ahmedabad-based multinational conglomerate involved in port development and operations in India. Moreover, he is the president of the Adani Foundation which is primarily led by his wife Priti Adani. He is the richest person in India and Asia and the fourth richest person in the world.

How Old Is Gautam Adani?

He is 60 years old as of August 2022, having been born on June 24, 1962, in Ahmedabad, Gujarat, India. Adani shares his birthdate with celebrities such as; Lionel Messi, Tana Mongeau, Nick Bencivengo, JackSucksAtLife, Liana Ramirez, and many more.

Who are Gautam Adani Parents?

He was born to Shantilal Adani (Father) and Shantaben Adani (Mother, who died on August 6, 2010).

Does Gautam Adani have Siblings?

He has seven siblings. Four of his siblings’ names are Vasant S. Adani, Rajesh Shantilal Adani, Mahasukh Adani, and Vinod Adani. However, his three other siblings’ names and whereabouts are not mentioned on the internet.

He received his high school education at Sheth Chimanlal Nagindas Vidyalaya. After high school, he enrolled for a bachelor’s degree in commerce at Gujarat University, however, he dropped out after the second year.

He is married to the love of his life, Priti Adani (born in 1965) an Indian businessperson, dentist, philanthropist, and chairwoman of the Adani Foundation.

He and his wife Priti have two kids. Two sons by the name Karan Adani (born on April 7, 1987) chief executive officer of Adani Ports & SEZ Limited and a director of Adani Airport Holdings Limited. And Jeet Adani (born on November 7, 1997) an Indian Vice President of the conglomerate Adani Group finance department.

In 1978 he moved to Mumbai as a teenager to work as a diamond sorter for Mahendra Brothers. His elder brother Mahasukhbhai Adani bought a plastics unit in Ahmedabad in 1981 and invited Adani to manage the operations. This venture turned out to be his gateway to global trading through polyvinyl chloride (PVC)imports. Thus he started importing primary polymers for small-scale industries in 1985. And in 1988 he established Adani Exports now known as Adani Enterprises, the holding company of the Adani Group.

Originally, the company dealt with agricultural and power commodities. The economic liberalization policies turned out to be favorable;e for his company in 1991. And thus he started expanding the businesses into trading metals, textiles, and agro products. The Government of Gujarat announced in 1994 the managerial outsourcing of the Mundra Port and in 1995 Adani got the contract. In 1995, he set up the first jetty. The next year, the power business arm of the Adani Group, Adani Power was founded Adani.

This is a company that holds thermal power plants with a capacity of 4620MW, the largest private thermal power producer of the company. This is 2009, and Adani entered the power generation business. He acquired Abbot Point Port in Australia and Carmichael coal mine in Queensland from 2009 to 2012. In May 2020, he won the world’s largest solar bid by the Solar Energy Corporation of India (SECI) worth US$6 billion.

He went on to acquire a 74% stake in Mumbai International Airport, in September 2020, India’s second busiest after Delhi. In February 2022, he became Asia’s richest person after surpassing Mukesh Ambani. His family acquired Ambuja Cements in May 2022, and its subsidiary ACC from Holcim Group for $10.5 billion through an overseas special-purpose entity. AMG Media Networks Limited (AMNL), a unit of Adani Group declared in August 2022, that it planned to buy RRPR Holding, owner of 29.18% of national news broadcaster NDTV, and made an open offer to buy a further 26%.

He is the president of the Adani Foundation funded through the Adani Group. And was founded in 1996. Besides Gujarat, the Foundation operates in the states of Maharashtra, Rajasthan, Himachal Pradesh, Madhya Pradesh, Chhattisgarh, and Odisha. In March 2020, he contributed ₹100 crores (US$13 million) to the PM Cares Fund through his group’s philanthropy arm. This was to fight the Coronavirus outbreak. A contribution of ₹5 crores (US$630,000) was made to the Gujarat CM Relief Fund and ₹1 crore (US$130,000) to the Maharashtra CM Relief Fund. He has committed to donating Rs 60,000 crore ($7.7 billion) to social causes in June 2022. Moreover, in a Twitter post, he said that each day his group is supplying 1,500 cylinders with medical oxygen to wherever they are needed in the Kutch district of Gujarat.

Gautam Adani Salary and Net Worth