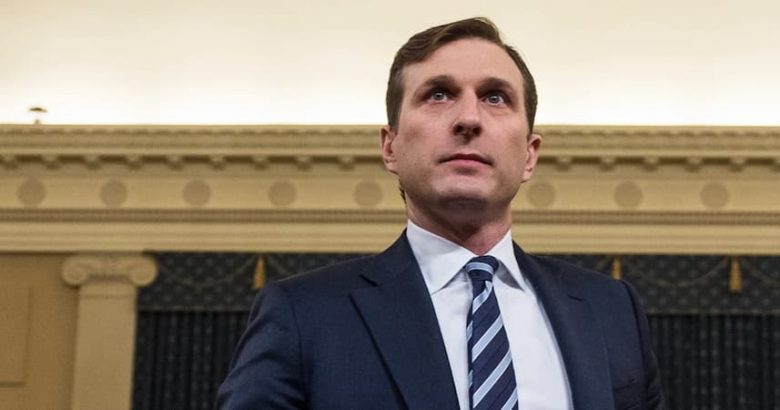 This article will answer every question you have about Dan Goldman. Below are some of the frequently asked questions about him.

Who is Dan Goldman?

Daniel Sachs Goldman abbreviated as Dan Goldman is an American eminent attorney and the 2022 Democratic nominee for New York’s 10th congressional district. He served as the lead majority counsel in the first impeachment inquiry against Donald Trump and lead counsel to House Managers in Trump’s subsequent impeachment trial.

He launched a campaign for Congress in New York’s 10th district in June 2022. His personal net worth is estimated to be up to $253 million and this places him among the wealthiest members of Congress if elected. On August 23, he won the Democratic nomination in a crowded primary field that included former New York City mayor Bill de Blasio, assemblymember Yuh-Line Niou and Representative Mondaire, Jones.

How Old Is Dan Goldman?

He is 46 years old as of August 2022, having been born on February 26, 1976, in Washington, D.C. U.S. Dan shares his birthdate with celebrities such as; Duke Dennis, Hannah Meloche, Luca Schaefer-Charlton, Eva Cudmore, Aisha Mian, and many more.

Who are Dan Goldman’s Parents?

He was born to Richard W. Goldman (Father) was a federal prosecutor in Washington, D.C., And Susan Sachs (Mother). His father died when Dan was a child.

Does Dan Goldman have Siblings?

He has two siblings. A sister by the name Alive Reiter and a brother by the name Bill Goldman (died in a plane crash at the age of 38).

He received his high school education at Sidwell Friends School. After high school, he attended Yale University where he graduated with a Bachelor of Arts degree in 1998. Later, he earned a Juris Doctor from Stanford Law School n 2005.

He has five kids. Three kids with his wife Corinne and two kids with his ex-wife Anne. However, his kids’ names are not mentioned on the internet.

A Career as Federal Prosecutor and Legal analyst
After studying in a law school, he clerked for Judge Charles Breyer of the United States District Court for the Northern District of California from 2005 to 2006. From 2006 to 2007, he clerked for Judge Robert D. Sack of the United States Court of Appeals for the Second Circuit. Next, he was an Assistant United States Attorney in the Southern District of New York from 2007 to 2017, under Preet Bharara. In his time, he prosecuted Russian organized crimes, Genovese crime family mobsters, including Fotios Geas who murdered Whitey Bulger while in prison, and a variety of white-collar crimes and securities fraud.

In 2017, Dan was the lead prosecutor of Billy Walters. After leaving Southern District, he went on to become a legal analyst for NBC News and MSNBC and a fellow at the Brennan Center of Justice in New York. Next, he was hired as Senior Advisor and Director of investigations for the House Intelligence Committee. Later in February 2019, he became lead counsel for the first impeachment inquiry against Donald Trump. He announced on November 16, 2021, his candidacy for the Democratic nomination for attorney general of new york in the 2022 election. But when Letitia James ended her campaign for governor in December and opted to run for reelection, Dan withdrew and endorsed James.

A Career in the 2022 Congressional Campaign

Dan announced on June 1, 2022, a run for United States Congress in New York’s 10th district. A July 14 poll by Data for Progress showed that Dan had 12% of the support. Behind Councilwoman Carlina Rivera’s 17% and Assemblywoman Yuh-Line Niou’s 14% in the crowded Democratic primary. Between July 22 and 26, an internal poll was conducted and it showed Dan leading the race with 18% of support followed by Niou with 16% and Rivera with 14%. In his campaign, he quickly raised more than $200,000 from immediate and extended family members shortly after announcing his candidacy for Congress. Moreover, his family contributed more than $600,000 in 2021 when he ran for the Democratic nomination for New York attorney general.

As of August 17, he had contributed more than $4 million to his campaign. Thus leading rivals to accuse him of attempting to “purchase this congressional seat”. Furthermore, his campaign went on to hire a Republican campaign consultant who supported Trump in the 2020 presidential election. Dan’s financial disclosures indicate that he has a line of credit from Goldman Sachs worth up to $50 million. This is in addition to his investments in weapons manufacturer Sturm, Ruger & Co., defense contractors Lockheed Martin and Northrop Grumman, oil companies Chevron, Exxon Mobil, and Halliburton, and Rupert Murdoch’s Fox Corporation & News Corp.

He said that he believes abortion is a healthcare decision that “should be made between an individual and their doctor”.Because of this statement, he drew significant backlash and criticism. When he revealed support for abortion restrictions and said he would not object to a state law barring abortion after a fetus is considered viable.

In addition to political positions, he supports the Equality Act to prohibit discrimination on the basis of sex, sexual orientation, and gender identity. Moreover, he said that he had never marched in an LGBTQ Pride parade until 2022. Claiming his work as a federal prosecutor prevented him from doing so. Due to this, he drew criticisms and accusations of using the LGBTQ community as a “political football”. When it was revealed his explanation contradicted the guidelines and restrictions issued by the Department of Justice. Which states employees may “attend political rallies and meetings”.

Dan Goldman’s Salary and Net Worth

His salary is not mentioned on the internet but has an estimated net worth of $253 million.