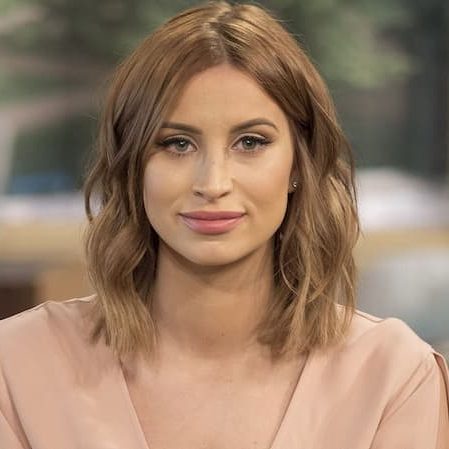 This article will answer every question you have about Ferne McCann. Below are some of the frequently asked questions about her.

Who is Ferne McCann?

Ferne Alice McCann is an English eminent model, television personality, and presenter. She was cast as a member of the ITVBe reality series The Only Way Is Essex, joining in the ninth series and leaving in the eighteenth. In 2015, she participated in the fifteenth series of I’m a Celebrity… Get Me Out of Here! and finished in third place. In early 2016, she became a regular showbiz reporter on This Morning. Since 2017, she has starred in the ITVBe reality series Ferne McCann: First Time Mum.

How Old Is Ferne McCann?

She is 32 years old as of August 2022, having been born on August 6, 1990, in Brentwood, Essex, England. Ferne shares her birthdate with celebrities such as; Nessa Barrett, Morgz, Veronica Merrell-Burriss, Vanessa Merrell, Wyatt Bennett, and many more.

Who are Ferne McCann’s Parents?

She was born to Simon McCann (Father) and Gilly McCann (Mother).

Does Ferne McCann have Siblings?

She has a sister by name of Sophie.

She received her education at Shenfield High School.

She is currently engaged to her boyfriend Lorri Haines. They have been engaged since July 2022. Moreover, she has been in several relationships.

She has a kid with Arthur Collins. A daughter by the name of Sunday Skye McCann (born on November 2, 2017).

Before beginning her television career, in 2012, she was the winner of Miss Essex 2012 and in the Top 15 in Miss England in 2012. The next year, she became a regular cast member on the ITV2 (now ITVBe) reality show The Only Way Is Essex, thus making her debut in June 2013 in the ninth series. However, in 2016 she quit the show and made her last appearance in the seventeenth series. It was confirmed on November 15, 2015, that Ferne would be participating in the fifteenth series of I’m a Celebrity… Get Me Out of Here! She arrived as a late arrival alongside Vicky Pattison and Spencer Matthews. On December 6, she finished third place.

During the final, she had to eat a live water spider as part of a bushtucker trial which generated nearly 1,500 complaints to Ofcom. And these were later cleared in January 2016. It was announced in March 2016, that she would star as Myrtle Wilson in the Union Theatre’s production of The Great Gatsby. From May 2016, she began making regular appearances on the Channel 5 chat show Up Late with Ryan hosted by Rylan Clark-Neal. Next, she began appearing in Celebs Go Dating on E4 in February 2017, alongside her TOWIE co-star Joey Essex and I’m a Celebrity campmate Jorgie Porter. As of 2017, she stars in the ITVBe documentary series Ferne McCann: First Time Mum, a series about her experiences as a single mother with her child.

Ferne McCann’s Salary and Net Worth

Her salary is not mentioned on the internet but has an estimated net worth of $1 million.