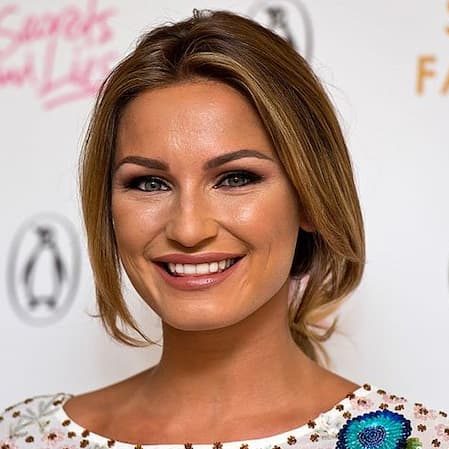 This article will answer every question you have about Sam Faiers. Below are some of the frequently asked questions about her.

Who is Sam Faiers?

Samantha Elizabeth Faiers abbreviated as Sam Faiers is an English prominent television personality and model. She is notably known for having starred in the ITV2 reality series The Only Way Is Essex from 2010 to 2014. In 2014, she competed in the thirteenth series of Celebrity Big Brother where she finished in fifth place.

How Old Is Sam Faiers?

She is 31 years old as of August 2022, having been born on December 31, 1990, in Brentwood, Essex, England. Sam shares her birthdate with celebrities such as; Brooklyn McKnight, Bailey McKnight-Howard, Max Mills, Harvey Mills, Gabby Douglas, and many more.

Who are Sam Faiers’s Parents?

She was born to Lee Faiers (Father) and Suzanne Wells (Mother).

Does Sam Faiers have Siblings?

She received her education at Shenfield High School.

She appeared in the first episode of The Only Way Is Essex on October 10, 2010, and in total, she starred in eleven series of the show. The second series of the program saw Sam’s sister Billie join the cast. Thus during the series, she began a relationship with cast member Joey Essex. However, in the ninth series, their relationship came to an end. Sam announced in March 2014 that she would be taking a break from The Only Way Is Essex after the end of its eleventh series. This was because of her recent Crohn’s disease diagnosis and to work on her relationship with Essex.

That same year in January, she entered the Celebrity Big Brother house to compete in the thirteenth series. There, she entered handcuffed to fellow housemate, American starlet Jasmine Waltz as part of a task. It was revealed that she had been meeting a journalist from OK! during her stay in the house, so that she could continue writing her weekly column for the magazine. She made her final on Day 27 but finished in fifth place. In 2016, she began starring in her own reality series titled Sam Faiers: The Baby Diaries on ITVBe. Later, Sister Billie was added to the main cast and the program was retooled into Sam and Billie Faiers: The Mummy Diaries.

In addition to television work, she has made guest appearances on chat shows such as Loose Women, This Morning, and Daybreak. Moreover, she was a panelist on the fifth episode of series 8 of Shooting Stars and starred in the 11th series of The Real Hustle, going undercover as a bitter ex-wife to help the Hustlers con a mark. Furthermore, she has been a panelist on Celebrity Juice twice, once during the sixth series and again in the ninth series with her (then) fiance Joey Essex. Recently she launched her own online fitness website (Celebrity Training with Sam Faiers) which offers only workout videos and healthy eating recipes.

Sam Faiers’s Salary and Net Worth

Her salary is not mentioned on the internet but has a net worth of $9 million.