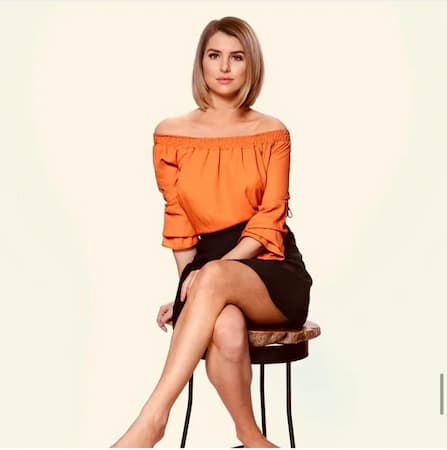 Who is Emma Lockhart?

Emma Lockhart is an American former child actor and television reporter from Arizona. She has worked in a number of television stations in the Greater Atlanta Area, Bakersfield, California, and Phoenix Arizona.

As a child actor, Lockhart had several small roles on television, in movies, and on stage. Acting from 2003 to 2011, Lockhart is best known for playing young Rachel in Batman Begins, and Laura in Ace Ventura Jr.: Pet Detective. The latter was released in March 2009, direct to video.

Lockhart began her television career as a broadcast reporter and anchor at Arizona PBS in January 2017. She produced weekly content both broadcast and digital versions, on issues in the sustainability and consumer/ health beat. Emma also co-anchored the Monday evening Cronkite. She also served as a reporter and Washington D.C. Metro Area correspondent. Emma joined CNN in September 2017 as a special projects intern in the Greater Atlanta Area.

Emma joined 23ABC (KERO-TV) in Bakersfield, California in February 2018 as a weekend anchor and multimedia journalist. There, she reported, anchored, and forecast the weather. She also covered back-to-back earthquakes that rocked the small town of Ridgecrest. She also reported on a high school mass shooting and uncovered disturbing details about a teen who sadly killed two of his classmates and injured three others.

In February 2020, Emma joined the “Arizona’s Family” duopoly of KTVK/KPHO-TV (channels 3/5) owned by Meredith Corporation as a reporter in Phoenix, Arizona.

How Old is Emma Lockhart and Where is she From?

Where did Emma Lockart study?

Emma joined Arizona State University in 2015. She majored in communications as a student at the school’s Walter Cronkite School of Journalism and Mass Communication. Lockart graduated in 2017 with a Bachelor’s degree in Journalism.